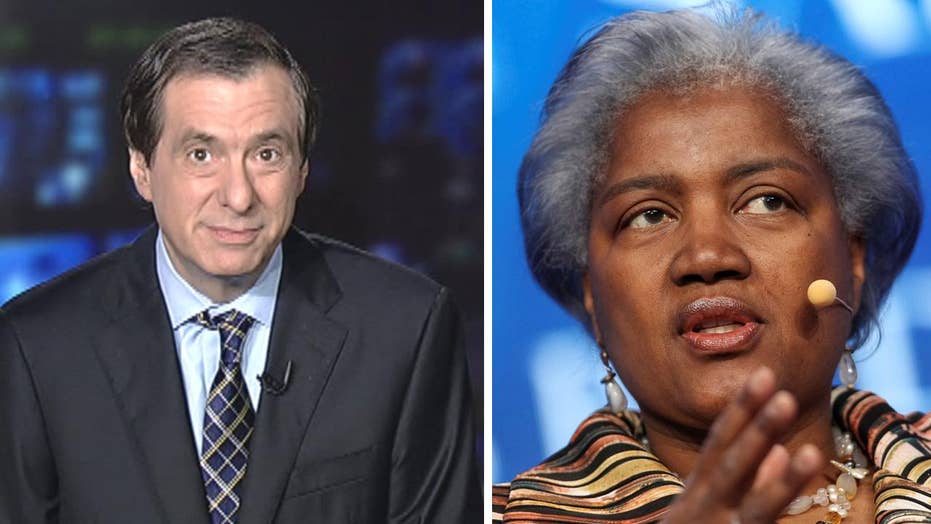 'MediaBuzz' host Howard Kurtz weighs in on media chaos enacted by Donna Brazile's bombshell claims about the DNC and Hillary Clinton's camp during the 2016 election cycle.

One year after Donald Trump won the White House, we all seem trapped in an endless echo chamber of the 2016 campaign.

“For those who are telling me to shut up…go to hell,” the former interim DNC chair told ABC’s George Stephanopoulos.

Why are the media lapping this all up? Why is there still so much public interest in the last election? Why does it feel like the country hasn’t moved on?

What happened on Nov. 8, 2016 was an earthquake in which the favored Clinton dynasty lost and a bombastic billionaire with no political experience won. But it also gets dragged back into the headlines because of Robert Mueller’s Russia probe.

Now Trump continues to use Clinton as a foil, but has drawn plenty of flak for repeatedly urging the Justice Department to investigate “Crooked Hillary” for past controversies. And she remains a prime target for conservative media.

Clinton uses her book interviews to keep bashing the president, which keeps her in the news and probably boosts book sales.

(She also pointed to “media guilt” on the “Daily Show,” saying journalists have told her they felt free to beat up on her because they thought she would win anyway. I doubt that was a widespread view, and her problem was that Trump did hundreds of campaign interviews while the ultra-cautious Democrat did very few.)

Now Brazile has ripped the scabs off with “Hacks,” a scorched-earth book in which she rips Clinton and her team, even calling former campaign manager Jennifer Palmieri the B-word. What’s more, she argues that the Clinton camp made her feel like a “slave.”

Brazile can say whatever she wants, but she’s also trying to distance herself from the 2016 debacle by charging that the Hillary team tilted the playing field in essentially taking over the DNC’s daily operations. And there’s some attempted image rehab, given that Brazile lost her gigs at CNN and ABC for twice leaking CNN’s planned debate questions to the Hillary side.

Many Democrats are furious, and more than 100 former Clinton aides signed a letter saying “we are pretty tired of people who were not part of our campaign telling the world what it was like to be on the inside of our campaign and how we felt about it.” The letter also accuses Brazile of buying into “false Russian-fueled propaganda” about Hillary’s health, given Donna’s claim that after a fainting spell she considered pushing Joe Biden as a replacement for Clinton.

All this might be consigned to the dustbin of history. But Democrats, trying to figure out how to take over the House in 2018, are still fighting over lessons from the last war.