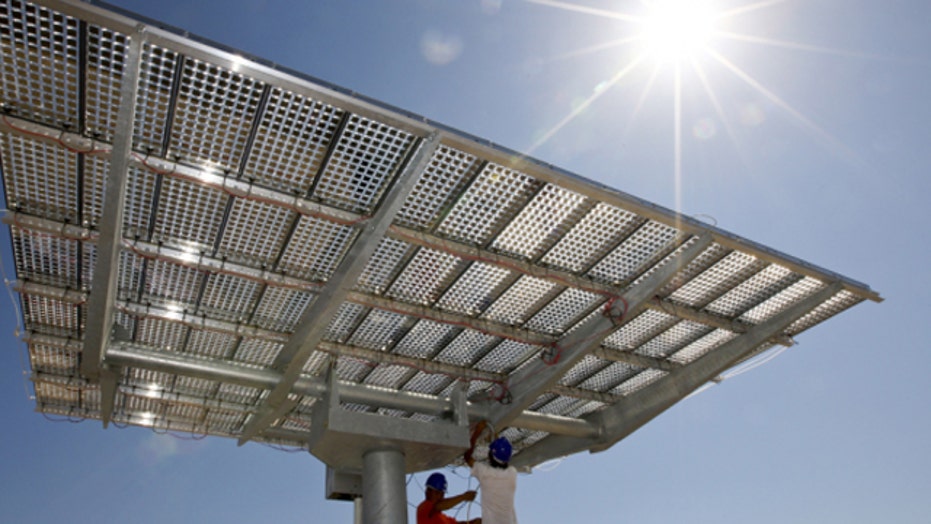 Why is the government obsessed with regulations?

Environmental activists and politicians would like you to think that we must love their regulations -- or hate trees and animals.

I love trees and animals.

But you can love nature and still hate the tyranny that environmental regulations bring.

The Environmental Protection Agency just announced it will boost gas prices (“only” a penny, although industry says 6 to 9 cents) to make another minuscule improvement to air quality.

In New York City, my mayor wants to ban Styrofoam cups, saying, “I think it’s something we can do without.”

Congress already dictates the design of our cars, toilets and light bulbs.

Originally, environmental rules were a good thing. I love the free market, but it doesn’t offer a practical remedy to pollution. I could sue polluters for violating my property rights, but under our legal system, that’s not even close to practical.

So in the ’70s, government passed rules that demanded we stop polluting the air and water. Industry put scrubbers in smokestacks. Towns installed sewage treatment. Now the air is quite clean, and I can swim in the rivers around Manhattan.

But government didn’t stop there. Government never stops. Now that the air is cleaner, government spends even more than it spent to clean the air to subsidize feeble methods of energy production, like windmills and solar panels. Activists want even more spending. A few years back, the Center for American Progress announced they were upset that “Germany, Spain and China Are Seizing the Energy Opportunity ... the United States Risks Getting Left Behind.”
In this case, we’re better off “left behind.” After spending billions, those European governments made no breakthroughs, and now they’re cutting back.

The Endangered Species Act was another noble idea. We all want to save polar bears. But now the bureaucrats make it almost impossible for some people to improve their own property.

Louisiana landowner Edward Poitevent wants to build homes and offices north of Lake Pontchartrain. He could provide safe high-ground housing to people eager to move away from areas that were flooded during Hurricane Katrina. But he is not allowed to build because the government decided 1,500 acres of his land should become a preservation area for a threatened species called the dusky gopher frog. None of these frogs currently live on his property. On my TV show, Poitevent said, “The Fish and Wildlife Service has certified that the frog has not been seen in the state of Louisiana since 1967.”

Fish and Wildlife Service officials said they were “not available” to come on the show to talk about this. Instead, they posted a video on YouTube that says they work “with” landowners: “The Service has many voluntary partnership-based programs that can provide technical and financial assistance to manage species.”

That sounds nice, but the government’s handbook on how to work with them is an onerous 315 pages long.

The environmentalists so torment those who resist their schemes that some landowners tell each other, “If you find an endangered species, shoot, shovel and shut up!” That’s mostly a joke. But it does happen, and it’s one more way government regulations backfire.

Throughout the world, most reductions in pollution have been achieved because of capitalism, not government control.

Even much-hated coal and oil provide benefits. Science writer Matt Ridley says, “Burning of fossil fuels is helping the rainforest in the Amazon to grow.”

You can even see the difference between areas that get greener and ones that don’t from space: The Dominican Republic is noticeably greener than its immediate neighbor, Haiti, mainly because the Dominican Republic uses fossil fuel instead of burning wood from its forests for fuel, as Haiti does.

Industry and technology, not regulations, are humanity’s greatest contribution to the environment. Leave people their freedom, and they come up with new, smarter, more efficient and thus cleaner ways of doing things. Stifling that process with regulation isn’t “progressive.”