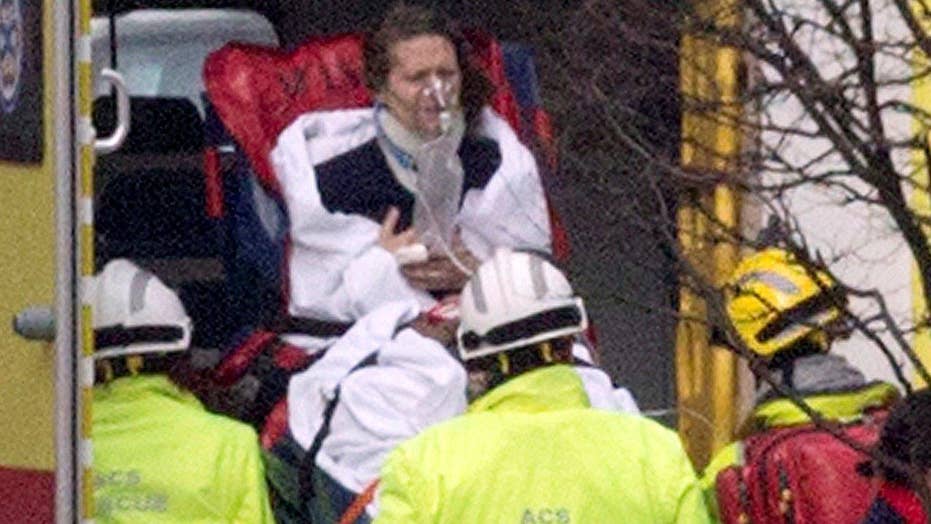 KT McFarland: We are losing the war against global jihad

Reaction to deadly attacks in Brussels

The January 2015 Charlie Hebdo attack was a wake-up call to take radical Islam seriously. The November Paris attacks put that call on a loudspeaker. The December San Bernardino attack showed it could happen here, too. Tuesday’s Brussels attacks are proof that radical Islam has spread throughout the European continent. There are likely to be more terrorist attacks in the months ahead. How long are we going to ignore the obvious?

Global Islamist jihad is at war with all of Western civilization. President Obama and other Western leaders may not see it as a war, but the other side does. Left largely unchecked over the last seven years, radical Islam has exploded worldwide. According to the head of Europol, 5,000 Europeans have traveled to Syria and Iraq to train and fight with ISIS, and they’ve since returned to Europe. They are sleeper agents setting up sleeper cells.

A guerrilla army has invaded Europe. We have seen that there are terrorist cells in the United States. Radical Islamists now savage Africa, the Levant, the Middle East, the Saudi Peninsula, and all the way to Pakistan and South Asia.

Not all the world’s 1.6 billion Muslims are extremists or terrorists. Not by a long shot. But even if just 10 percent of 1 percent are radicalized, that’s a staggering 1.6 million people bent on destroying Western civilization and the values we hold dear. The fascists wanted to control the world. So did the communists. But the Islamists want to brutally kill a significant percentage of the world – and that is anyone standing in the way of their end-times caliphate.

We have been one step behind this enemy for years. We’re still tongue-tied by political correctness, while they’re setting off bombs at train stations, airports and community centers.

We are losing this war. Our losses grow greater every day, while terrorists recruit off the images of the West’s most innocent and vulnerable fleeing in horror. The hour is already late to defeat this growing scourge. But if we are to defeat radical Islam, it will be only with a multifaceted, comprehensive strategy that calls on all the aspects of the national power of ourselves and our allies – like we summoned to defeat the Nazis in World War II or the Communists in the Cold War.

- An economic component that bankrupts jihadists by cutting off their oil revenues – attacking their oil fields, refineries and tankers – while we develop our own resources to be independent of Arab oil.

- A banking component that uses the U.S. primacy in international banking and finance to freeze out any country or company that does business with radical Islamists, from ISIS to Boko Haram.

- An alliance component that draws moderate Muslims into an alliance against radical Islam. If they’re reluctant to join an anti-Islamist alliance, we should let them know they shouldn’t come running to us if things don’t work out. We should call them out if they have some in their inner circles who play both sides.

And we may have to hold our noses and partner with countries we do not always approve of, as we did during World War II.

- An anti-hostage component – We will not negotiate, exchange prisoners with nor pay ransom to terrorists. If you take our people hostage, we will turn the tables on you and put a very large bounty on your heads. We promise to hunt down and kill anyone who kills our citizens, no matter how long it takes.

- A communications component that champions Western values, like we had during WWII and the Cold War. Violent jihad and Western civilization are NOT morally equivalent. No apology tour, no comparing the Crusades to ISIS. Be proud of America or be quiet.

- An Internet component that blocks their online recruiting and training efforts and uses metadata to track and destroy terrorist leaders.

- A religious and ideological component that applauds moderate Muslim leaders, like Egyptian President Abdel Fattah el-Sisi and the grand imam of Al Ahzar Mosque, who speak out against radical Islam.

- And, finally, a military component that does not – repeat, DOES NOT – require thousands of American combat forces, but gives our allies every inducement and all the arm-twisting necessary so they put their own boots on the ground. And that supplies them with whatever they need to do the job.

At this point the war against radical Islam is not a hot war, and it’s not a cold war. But it will be a long war. We’ve seen two presidents from different political parties with different approaches grapple with radical Islam, and both have failed. President George W. Bush tried to fight them over there so we don’t have to fight them here at home. It may have prevented another catastrophic attack on the U.S. homeland, but it didn’t succeed in stopping the growth of radical Islam. President Obama’s leading-from-behind strategy hasn’t worked either.

But the United States remains the one essential nation. There is only one country that can pull this effort together. The current president refuses the task. He’d rather watch baseball games with Castro and make vacuous promises to hunt down the perpetrators of “senseless violence.” He doesn’t see this as a global war, but as unconnected, unfortunate random acts of violence.

Other countries can choose leaders who will fight the good fight, but none of them are capable of leading all of Western civilization in this effort. The United States is the world’s most powerful nation economically, militarily, politically, diplomatically and culturally. That is why this election is so crucial. Without American leadership the witches’ brew of radical Islamist movements will expand and ultimately succeed in acquiring weapons of mass destruction and usher in its version of paradise – the destruction of the apostates and unbelievers and the triumph of the caliphate.

The greatest generation defeated fascism and communism with the likes of Churchill, FDR, Reagan, Thatcher and Pope John Paul II. They were giants. So far most of our leaders in this war against radical Islam have been pygmies.

It is now up to the American people to seek out and choose the giants of this generation. The good news is that more of us are engaged in this year’s election than any in recent times. The bad news is we seem so hopelessly and acrimoniously divided. But it was Winston Churchill who once said, “You can always count on Americans to do the right thing – after they’ve tried everything else.”

So my fellow citizens, take your responsibilities to heart. Examine the candidates, make the right choices. This time we’re choosing more than a president to govern for four years. We’re choosing a president who will lead not just America but all of civilization to fight, and win, the war against the most virulent, lethal, apocalyptic death cult in history.