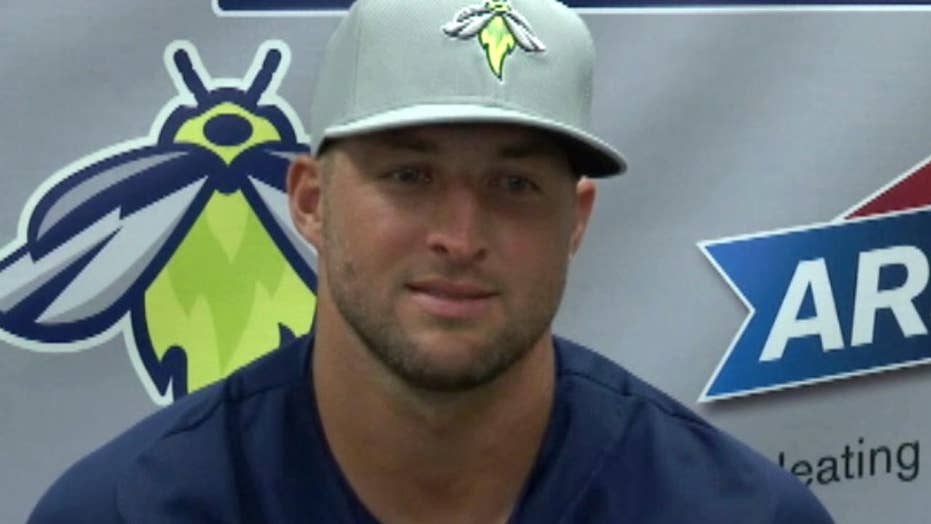 Tim Tebow talks about belief in God and baseball

Baseball season has begun and former NFL player Tim Tebow is starting off his baseball career with the Columbia Fireflies, an affiliate of the New York Mets

The Charleston RiverDogs are in the doghouse with baseball fans after they incessantly mocked the Christian faith of Columbia Fireflies outfielder Tim Tebow.

“While we believe that our promotions were poking fun at Mr. Tebow’s celebrity status rather than his religion or baseball career,  our intent was not to offend anyone, and for the fact that we did offend, we are sorry,” general manager Dave Echols wrote in a statement to The Post and Courier.

Tebow, a devout Evangelical Christian, was in Charleston last weekend for a three-game series with the minor league ball club. The Fireflies are the Class A affiliate of the New York Mets.

Every time Tebow came to bat, the “Hallelujah Chorus” was played over the public address system. The Riverdogs’ mascot wore eye black inscribed with “John 3:16” and was filmed “Tebowing” on the field. Click here to watch.

You might recall during Tebow’s football career at the University of Florida, he would strike a prayerful pose on the sidelines that became known as “Tebowing.”  He was roundly criticized by godless liberals for writing “John 3:16” in eye black during his gridiron days.