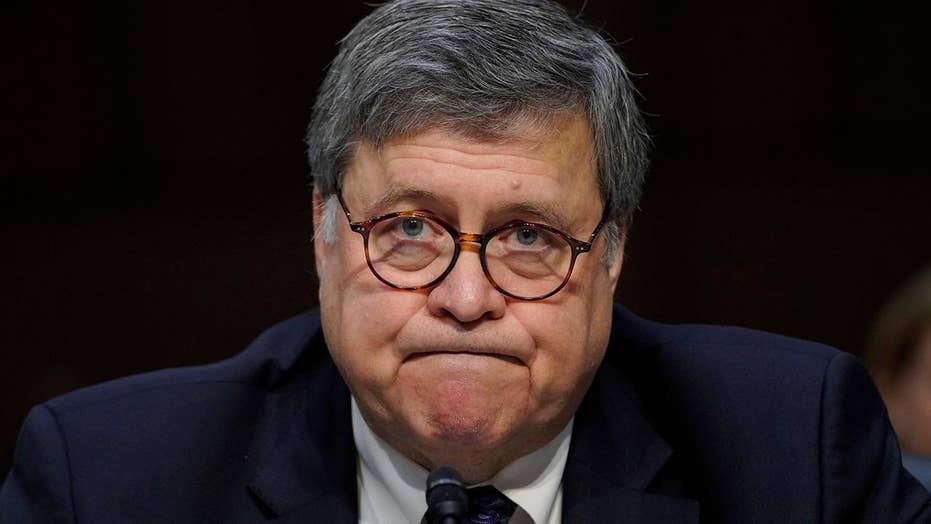 Judge Andrew Napolitano and the 'Outnumbered' panel react to William Barr's answers and demeanor at his Senate confirmation hearing.

With the confirmation of William Barr as the 85th Attorney General of the United States, we now have an experienced hand leading the Department of Justice.

At his confirmation hearing, Barr vowed to focus on violent crime, enforce our immigration laws, and protect the right to vote. But our country faces many additional challenges today, many of which require the active involvement of the Attorney General. Barr, who also served in the post under President George H.W. Bush, is uniquely qualified to lead the Department at this time.

It would have been hard for Trump to pick someone with a more detailed knowledge of the inner workings of the Justice Department and Capitol Hill. Barr also previously served as the Deputy Attorney General (the number two slot) and the Assistant Attorney General of the Office of Legal Counsel. That office provides legal analysis and advice to the attorney general and the president.

In short, Barr doesn’t need a months-long learning curve to understand how the department operates.

Barr made it clear in his confirmation hearing that he intends to ensure that the Justice Department, which includes the FBI, will “enforce the law evenhandedly and with integrity.” Barr promised that the department’s conduct would be “above and away from politics.” Nothing, he added, “could be more destructive of our system of government, of the rule of law, or the Department of Justice as an institution, than any toleration of political interference with the enforcement of the law.”

So what should Barr focus on, and why?

Implement the First Step Act. Barr told the Senate Judiciary Committee that he would “diligently” implement the First Step Act, the biggest criminal reform legislation passed in recent years. He also said he would concentrate on “chronic, violent criminals” as well as on the violence “rearing its head in the political realm.” Hopefully, that means the department will investigate those who foment political violence, and prosecute them if their actions violate federal criminal law.

Enforce immigration laws. Barr made it clear he wouldn’t back away from President Trump’s number-one priority: the enforcement of our immigration laws. As he said, we have “the most liberal and expansive immigration laws in the world.” But “countenancing” the “lawlessness” of illegal aliens who “flout our legal system by crashing in through the back door…would be grossly unfair to those abiding by the rules.” In fact, it “would create unsafe conditions on our borders” and it “would permit an avenue for criminals and terrorists to gain access to our country.”

With Barr at the helm, count on the Justice Department to step up its vigorous enforcement of our immigration laws against illegal aliens and those cities and states that are trying to obstruct federal enforcement.

Election integrity. Barr testified that election integrity is one of the “foundations of our Nation” that is fundamental “to the peaceful transition of power through elections.” There is much to be done in this area, particularly because it is something the prior administration entirely neglected. That includes everything from finally going after states that refuse to maintain the accuracy of their voter registration rolls as required under federal law, to prosecuting election crimes such as aliens who illegally register and vote.

Renew FISA Sunset Provisions. Three key laws that help protect our national security are set to expire in December. Attorney General Barr has extensive experience on the utility of these provisions, and should lay the groundwork now to get Congress to reauthorize those tools early. The three provisions are the business record provision (FISA Section 501), roving wiretaps (FISA Section 105(c)), and the lone wolf amendment (FISA Section 101(b)(1)(C)).

Cyber Security and Countering Foreign Influence. State actors have ramped up efforts in recent years against the United States and American companies. China, in particular, has engaged in economic and scientific espionage and theft of intellectual property. Foreign intelligence services have engaged in influence operations, violated data privacy, and exploited loopholes and fissures to obtain personal information for espionage and disinformation operations. Barr should empower the National Security Division of the Justice Department to ramp up efforts to address these complex issues in an aggressive manner, consistent with the law.

Attorney General Barr is the right man for the job, at the right time. The Department of Justice is fortunate to have a man of Barr’s integrity, intelligence, and experience to lead it during these challenging times.