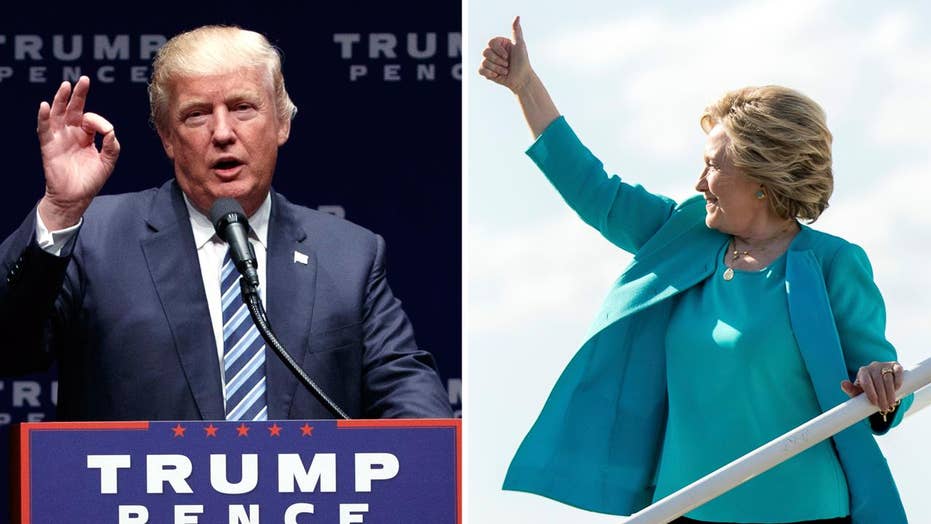 America’s public sector infrastructure is a linchpin of private sector growth.  Our complex network of airports, bridges, highways, ports, tunnels, and waterways bring us to work and our products to market. Our digital superhighways connect us to each other and the world. Dams and levees protect us from floods while our water and wastewater facilities are keys to public health.

Today, America’s infrastructure is crumbling. Under Obama-Clinton, urgently needed projects have been routinely delayed for years due to endless studies, red-tape, and obstructionist lawsuits. The numbers do not lie.

The U.S. ranks ninth in roads investment as a percent of GDP and twelfth on the Global Competitiveness Index in infrastructure.   More than 60,000 American bridges are considered “structurally deficient.” Traffic delays cost the U.S. economy more than $50 billion annually.

Meanwhile, our iPhones are smarter than many of our air traffic control systems.  The water in cities like Flint, Michigan is unfit to drink and over 6 million Americans are potentially exposed to contaminated water.

Trump’s plan will harness market forces to help raise construction funds by incentivizing private sector investors through tax credits – thereby revolutionizing American infrastructure finance.  Investors will put up one-sixth of each project's cost as "skin in the game" and receive tax credits equaling 82 percent of the equity funds in return. Private sector lenders will provide the remaining funds.  The cost of these tax credits to government will be fully offset by two new revenue streams from the construction projects themselves.

First, labor's compensation from the projects will be at least 44 percent. At a 28 percent tax rate, this would yield billions of dollars in new revenues. Second, assuming contractors earn a fairly typical 10 percent average profit margin, this would yield billions more in new tax revenues based on the Trump business tax rate of 15 percent, making the plan fully revenue neutral.  Trump would also quickly cut through any unnecessary bureaucratic red tape delaying projects and complete them faster and at lower cost.

This Trump plan, based on sound business principles, fiscal conservatism, and effective risk management, brings massive private sector investment to the system. It will create thousands of new jobs in construction, steel manufacturing, and other sectors to build the transportation, water, telecommunications and energy infrastructure needed to enable new economic development in the U.S., all of which will generate massive new tax revenues It would be handled by the private sector so there would be no sweetheart deals for politically connected people

In sharp contrast to Trump’s business-like approach, Hillary Clinton proposes to finance $500 billion worth of new infrastructure spending over five years by levying stiff new business taxes and creating a national infrastructure bank that will introduce high-risk, sub-prime lending to the government.  She will use $250 billion of the proposed business tax hikes for direct spending on infrastructure – thereby substituting less efficient government spending for more efficient private sector investment.

Clinton would then take the remaining $25 billion of the $275 billion raised and use it to establish a national infrastructure bank.  It would lend project builders an additional $225 billion – a high-risk 9-to-1 leveraging scheme almost double the leverage of the Trump plan.

To borrow at such sky-high leverage – and to have any hope of repaying the principal – borrowers would have to have high-quality and clearly defined sources of cash flow to pay back the loans. However, such low-risk projects could easily access the public markets on their own.  This was proven by the successful sale of almost $200 billion worth of build America bonds.

Given that low risk projects will have no need for the expensive and time-consuming use of her bank as an intermediary, the borrowers lining up at the window of Hillary’s infrastructure bank will be skewed towards customers with less secure sources of repayment who would find it hard to raise capital on their own.

In effect, Hillary would be reintroducing subprime lending to the federal government.  Apparently she learned nothing from the collapses of Fannie Mae and Freddie Mac, which cost taxpayers billions of dollars, and the scandalous Solyndra failure that left taxpayers on the hook for $535 million in federal guarantees.