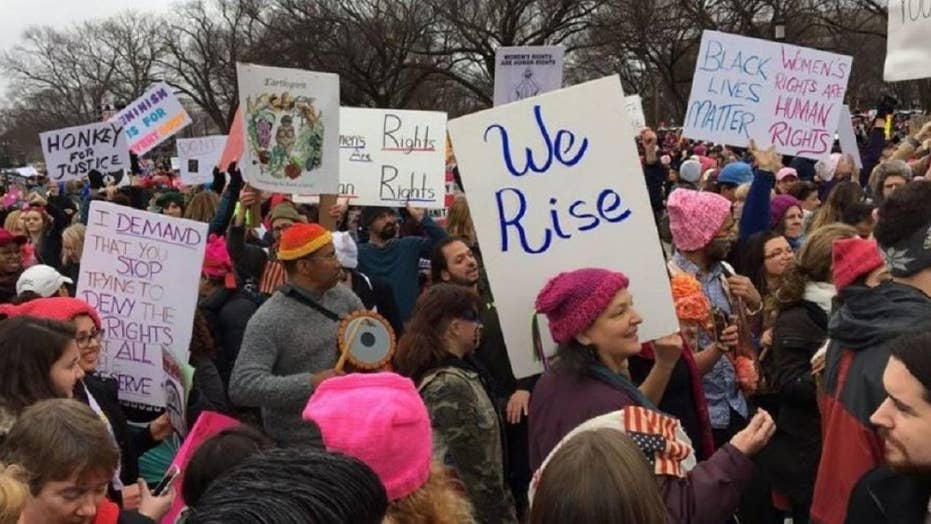 I have been marching for women’s rights for a long, long time -- with my feet, my voice, and my pen. I am still doing so.

Currently, the most high-profile activity of the so-called “women’s movement” in the United States is one that saddens and outrages me. Their leadership seems to have no track record in terms of fighting for women’s rights.

Yes, I want a vibrant and radical feminist movement. But this is not it. Rather, it is a shell game, a performance, a con job.

WASSERMAN SCHULTZ OPTS OUT OF WOMEN'S MARCH: 'I CANNOT STAND ALONGSIDE IT'

The Women’s March leaders are savvy about procuring corporate funding and even savvier about getting Hollywood stars -- eager to virtue signal -- involved. They stage celebrity events, not revolutions. 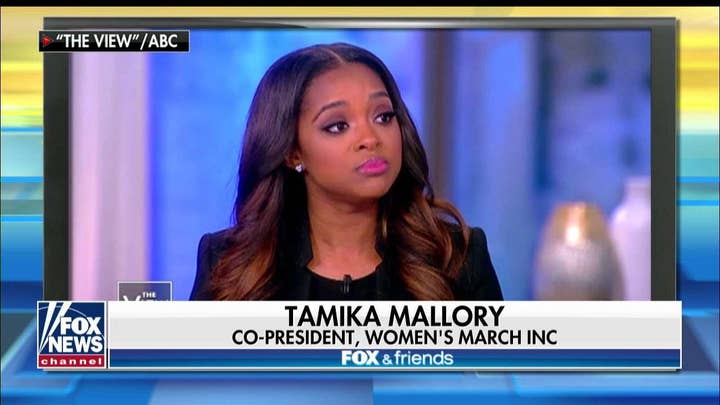 Have the leaders “walked the walk” in terms of sexual harassment on the job; rape; incest; domestic violence; economic, social, and legal discrimination; or reproductive rights, including access to birth control, abortion, and prenatal care?

Here are some issues worthy of being addressed by the Women’s March, but are not.

Sex trafficking? Child marriage? FGM? Forced face veiling? Honor Killing? None of these issues are being addressed by the American Women’s March leadership.

Mothers unjustly lose custody of children -- often to their abusers -- every day in North America, (as well as in Europe and globally). I’ve studied this in depth. We sometimes hear about this when the mother in question is an immigrant trying to cross the border, but almost never when the mother is simply a citizen.

Sex trafficking? Child marriage? FGM? Forced face veiling? Honor Killing? None of these issues are being addressed by the American Women’s March leadership.

The first Women’s March took place on January 21, 2017, the day after President Trump was inaugurated. At that time, the leadership gave lip service to “women’s issues” and “gender justice,” in general but were more specific about “immigration reform,” “freedom of religion,” LGBTQ rights, workers’ rights, racial equality, and environmental issues.

It seems that certain identities matter much more than others and that the identity of “woman” is not their priority.

In the wake of the #MeToo movement, has the Women’s March leadership been funding lawsuits for poor women who are being sexually harassed as they work in lettuce fields and on factory floors, whose harassers demand sex as the price to work for below-poverty wages?  Have they funded escapes for prostituted girls trapped in brothels, or for dissidents and women in flight from being honor killed? If so, they’ve kept quiet about it. What about women abused in pornography?

It is very welcome to see such diverse women taking stage center on a full range of issues. But are they doing feminist work?

This week, the Women’s March published a statement explaining that they had expanded their steering committee. If ever there was a naked emperor (or in this case, a naked empress), here she is.

This new steering committee is made up of “32 women from a wide range of backgrounds...made up of visionary women -- cis and trans, straight and queer, disabled and non-disabled, white (not capitalized), Asian, and South Asian, Black, Latina, Arab, Indigenous, Jewish, Muslim, Sikh, Christian (all capitalized), spanning the ages of 24-70.”

Despite what appears to be an attempt to add “Jewish” to the list of identities the Women’s March now claims to represent, the statement does not address the substantive criticisms that have been made about anti-Semitism.

The first person and photo presented as part of the new steering committee is that of Abby Stein, described as follows:

“A Jewish educator, writer, speaker, and activist. She was born and raised in a Hasidic family of rabbinic descent; she is (among) the 10th generation of (descendants of the ) Baal Shem Tov -- founder of Hasidic Judaism...in 2012, she left the Hasidic world to explore different worldviews. In 2015, Abby came out as a woman of trans experience. Since coming out, she has been working to raise support and awareness for trans rights and those leaving Ultra-Orthodoxy.”

Thus, the first member of the steering committee is Jewish, but has left Judaism behind. And, she is trans. (In some circles, there is still controversy around whether being trans constitutes a feminist statement.)

Neither Stein nor Salcedo seem to be working on equal pay for equal work, reproductive justice, or on custody rights for women.

Despite the March leadership’s obsession with virtue signaling and identity politics, hundreds of corporate and progressive sponsors of the March have quietly dropped out. According to an article in Friday’s National Review, while the March “racked up nearly 550 partners (in 2017), this year, the number of partners has dropped significantly, to just over 200 -- and those partners are much smaller in stature.” The NAACP, the National Democratic Committee, the National Organization for Women, and Emily’s List are no longer sponsors.

Perhaps they finally understand that this leadership is ersatz, treading water, and not the real deal. Perhaps they fear being associated with an event that has become a toxic mess. Perhaps they, too, see that this empress has no clothes.

I yearn for a vibrant and radical women’s movement. But this is not it.

Phyllis Chesler, Ph.D. is a fellow at the Middle East Forum and Emerita Professor of Psychology and Women's Studies. She is the author of 4 studies about honor killings and 18 books. Her latest is "A Politically Incorrect Feminist."