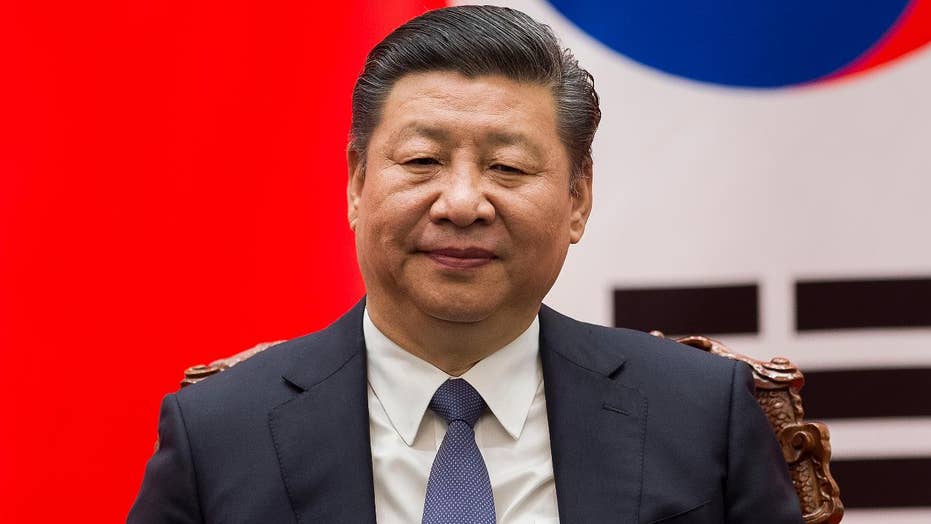 Report: China could be world's largest economy in 15 years

New study by the Centre for Economics and Business Research in London finds that China will overtake the U.S. as the world's leading economy by the year 2032; Doug McKelway reports from Washington.

The world economy has reached its strongest point since the global financial crisis a decade ago, but rising political risks may cloud prospects in 2018 and perhaps beyond.

At the World Bank–International Monetary Fund (IMF) meetings last fall, IMF managing director Christine Lagarde announced that in 2017 global growth would be stronger (3.6 percent) and more broadly based than in recent years, and that this year growth would be slightly higher.

But she also pointed to economic risks, such as financial tightening, volatile capital markets, trade protectionism, and technology disruptions such as crypto-currencies.

Another class of risks – political – is also becoming more or a worry. Three types of these risks, often intertwined, may sap growth. Consider the world’s largest markets: China, Europe, and America.

Economic nationalism is a key source of political risk.

In Europe, Brexit has created unprecedented uncertainty in the continent’s second-largest economy. Brexit threatens to sunder sophisticated cross-border supply chains, as in auto manufacturing, and scatter much of London’s highly efficient financial market. RAND modeling reveals that under most plausible scenarios, the UK’s economy will be worse-off outside the European Union. Russia, burdened by low oil prices, structural impediments, and Western sanctions, resorts to wasteful import substitution and state economic interference.

In America, President Donald Trump’s renegotiation of the North American Free Trade Agreement sparks anxiety and uncertainty. The United States is the largest trading partner for Mexico and Canada, and together they account for one-quarter of all U.S. trade. In 2016, U.S. trade with the two countries totaled more than $1.2 trillion. The Trump Administration is also unwisely tightening visa issuance for skilled foreign workers, essential to the tech industry.

Political unwillingness to make economic reforms is a second source of risk.

Although President Xi Jinping  stage-managed good news at the 19th Communist Party Congress last November, economic anxieties are rampant. In remarks riddled with nationalist themes, he touted state enterprise and downplayed market forces. But state entities may have distressed assets of several trillion dollars. In a sell-off last July some equity shares fell to trading limits as authorities signaled plans for tighter financial regulation and deleveraging. In August, the IMF warned that China was not immune to a debt-driven financial crisis.

It has been recognized for years that China must reform its economy, changing from export- and manufacturing-led growth to consumption- and innovation-led. But nearly five years into Xi Jinping’s presidency, reforms have stalled. His “Made in China 2025” manufacturing plan will create barriers to foreign business, in part through subsidies to domestic producers.

Beset by structural barriers, France and Italy have lagged in making reforms. French President Emmanuel Macron is launching some labor and other reforms, but his is a country where street protests and trade unions have derailed earlier attempts.

Security troubles are a third source of political risk.

Trump unnerves others by threatening “fire and fury” on North Korea, and a U.S. pull-out from the 2015 multilateral Iran nuclear deal. China undermines freedom of navigation and others’ resource rights with land grabs in the South and East China Seas. Russia is waging a simmering war in eastern Ukraine, where over 10,000 have been killed.

Over the past quarter century, most major countries have offered a reasonably stable policy environment, with economic growth, increased openness, and wider integration. Now in the world’s largest markets, heightened political risk is compounding economic risk.

The world economy has faced numerous financial risks, as in the 1992 UK exit from the European Exchange Rate Mechanism, the 1997 Asian crisis, the 1998 Russian crisis, the 1999 Brazilian crisis, the 2001 Argentinian default, the 2008-2009 global crisis, and the Eurozone crisis. Although often wrong about predicting financial crises, policymakers have a variety of tools for mitigating and resolving them.  This helps explain the current global recovery.

The remedies to economic risk, such as greater labor market flexibility and easing market entry and exit by firms, are well known. But since reforms often harm specific business sectors or groups in society, and many governments are reluctant to employ them.

That political risks can exacerbate financial and economic ones compounds the challenge for policymakers.  To address it, they should intensify reforms, bolster diplomacy to lessen foreign risks, and not count too much on global growth to lift all boats.

Howard J. Shatz is a senior economist at the nonpartisan, nonprofit RAND Corporation.