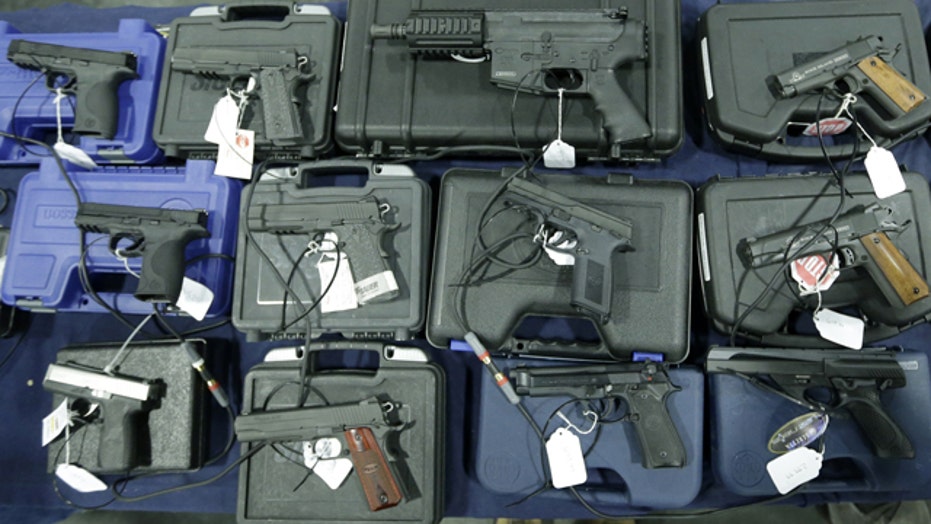 In 1983 when President Reagan ordered the deployment of missiles in Europe as part of his "peace through strength" strategy to counter the Soviet Union, the very liberal town of Takoma Park, Md., declared itself a "nuclear free zone." City officials passed an ordinance known as The Takoma Park Nuclear Free Zone Act, which said, "...work on nuclear weapons is prohibited within the city limits..."

If North Korea follows through on its threat to nuke the United States (or had Russia in the '80s launched a nuclear attack), Takoma Park would not be "nuclear free" for long, but the ordinance made some people feel as though they were doing something constructive, something meaningful, about the nuclear threat, and wasn't that their point?

Today, the Democratic governors of Connecticut and Maryland, who must be seen to be doing something important about gun violence, are congratulating themselves for passing some of the "toughest" gun laws in the nation.

These states already have tough gun laws, which in the case of the Newtown shooting last December did not deter Adam Lanza from grabbing his mother's legal weapons, murdering her and then killing 26 people, most of them children.

Tough gun laws in Maryland have not deterred the mentally ill or criminally minded intent on getting guns, especially in Baltimore and Prince George's County, where reports of gun crimes often lead each night's local newscast.

Downplayed in this national debate and in efforts by the Obama administration to get Congress to pass "tougher" federal gun restrictions is a conversation about human nature, including better laws that allow for involuntary commitment or mandatory treatment of the mentally ill and tougher sentencing for criminals. But if laws alone were effective in regulating criminal behavior, prisons would be empty.

Life has become cheap and things are now expensive, but I remember when the reverse was true.

Today, we seem to value stuff more than human life, which is why public storage units are full. Many began losing their moral compass years ago when "anything goes" began to replace a respect for the law and other people.

Authorities in Connecticut have revealed that Lanza spent a lot of time researching potential targets before his murderous rampage. He picked Sandy Hook Elementary, we're told, because it appeared to him to be an undefended soft target.

The question that should suggest itself is this: Suppose Lanza knew Sandy Hook had an armed guard and other security measures? If that were the case, he might well have gone elsewhere, or not committed his evil acts at all.

The new "tougher" gun laws in Maryland and Connecticut appear to be the result of high emotion, not logic and clear thinking.

We all ache for the parents and loved ones of the Sandy Hook victims, but the Newtown tragedy shouldn't be used as a prop for anti-gun proponents, the most extreme of which want to register or ban all weapons, except those for police and certain security people.

What will more gun laws really accomplish? Will they keep one criminal bent on carnage from a single school door?

In 1995, Sen. Dianne Feinstein (D-Calif.), a leading force in the failed 1994 assaults weapon ban, told CBS' "60 Minutes" that: "If I could have gotten 51 votes in the Senate of the United States, for an outright ban, picking up (every gun) ... Mr. and Mrs. America, turn 'em all in. I would have done it." Then what? Do we ban knives next? No law, no ban, no restriction will ever stop evil.

What will happen in Connecticut and Maryland when there is another shooting at an undefended target? Will politicians call for even "tougher" gun laws? There is much debate and anecdotal evidence about whether concealed carry laws deter criminals, but logic would seem to suggest they do. Isn't that why many homes have burglar alarms and security systems, as well as guns? If a burglar knows a home is defended doesn't logic suggest he might try a house that is unprotected?

Guns can never be completely outlawed, and human nature can't be changed by politicians. More laws aren't the answer. Perhaps, as the old saying goes, "The best defense is a good offense."