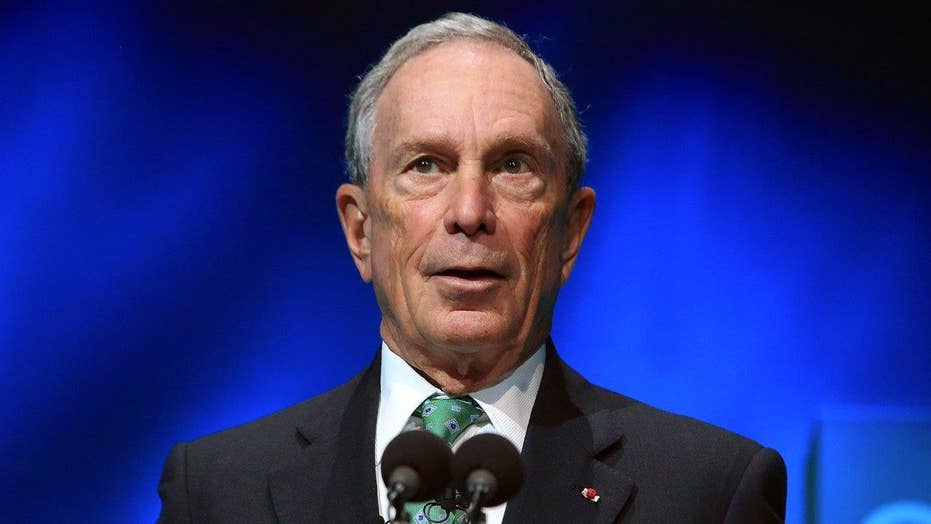 Who won in New Hampshire? The ambitions of Michael Bloomberg. The former New York City mayor has hinted that if the 2016 presidential contest came down to a race between extreme candidates like Donald Trump or Bernie Sanders, he might throw his hat in the ring. His calculus is that the mainstream American voter might not be won over by a self-proclaimed Democratic Socialist or by a blustery billionaire who trades in insults and sound bites but who may flame out over the course of a long and arduous campaign.

The New Hampshire primary may give Bloomberg a push. Hillary Clinton, the establishment Democratic candidate, was clobbered by Bernie Sanders. Sanders, long the favorite in the Granite State won by some 20 points – considerably more than anticipated.

The Vermont senator was expected to chalk up a victory in a neighboring state, but the margin of victory was impressive, and suggested real momentum.

Yes, Sanders is from Vermont, but the Clintons have a long history of winning in New Hampshire. This was not hostile territory.

The Sanders campaign clearly built on his better than expected results in Iowa, where he came within a whisker of beating Mrs. Clinton, evoking memories of her shocking 2008 defeat at the hands of upstart Barack Obama.

That outcome fueled his romp in New Hampshire, and sets him up to compete in Nevada and South Carolina.

In Nevada, which holds its Democratic caucus on February 20, voters who turn up at the polls will be largely white, even though non-white Hispanics amount to only 51.5 percent of voters.

In 2008, only 15 percent of Democratic caucus-goers were Hispanic; that number has doubtless increased since then, but a significant portion of Nevada’s Hispanics are either undocumented or too young to vote. In short, Nevada could mirror Iowa, and prove receptive to Sanders. It’s another caucus state, where enthusiasm and turnout are key; that could work to Bernie’s advantage.

In South Carolina, which holds its Democratic primary on February 27, half of the primary voters are black, and Hillary is currently running 30 points ahead of her rival. But, those polls were taken before the Iowa caucuses and don’t reflect the unquestionable boost Sanders received from that outcome, not to mention the huge win in New Hampshire.

The Sanders campaign is working hard to line up black endorsements, and has scheduled Bernie to have lunch with Al Sharpton – always a powerful voice.

Hillary may have the edge here, but black voters, who may not have heard much about Sanders, will likely approve of his message about reducing income inequality.

Overall, Sanders’ decisive win in New Hampshire and close second place in Iowa makes him a legitimate candidate – one who was dismissed by many as a kook not that long ago.

Clinton’s campaign is apparently so alarmed that a staffer shake-up is in the offing. Word is that the Clintons are dissatisfied with the “message” provided the candidate from her staff.

Some might think that Mrs. Clinton herself should author that message. But that is but one of the flaws of the Clinton run. Voters agree: she is not trustworthy, and not authentic. She doesn’t even know what it is she wants to say.

Meanwhile, Bloomberg is also looking at the GOP side, where Donald Trump capitalized on his huge crowds to post a decisive win, unlike in Iowa where he came in second. Trump may well have benefited from the rules in New Hampshire, which allows independents to vote in their contest of choice – Republican or Democratic. My guess: Trump drew a lot of left-leaning, blue collar independents who in the past would have lined up behind Hillary. (In fact, one group’s exit polls said that only 55 percent of GOP primary voters defined themselves as “Republicans.”) His appeal is not conservative; it is disruptive.

At the same time, the rise of Governor Kasich, who came in second, demolished the apparent rise of Marco Rubio, who definitely had momentum coming out of Iowa, where he came in third, close behind Trump.

The outcome is that the battle for the moderate or “establishment” voter between Kasich, Bush, Rubio and Christie, is not over. That group will continue to battle each other to be the last guy standing in case Trump and Cruz falter.

That suggests that the Republican nomination fight will be extended, weakening all the players and possibly resulting in a brokered convention.

All this turmoil sets the stage for a third-party candidate. It’s a long-shot, but the conditions are about as good this year as they may ever be.

Mayor Bloomberg has expressed disdain for the tenor of the race, and many may agree that the substance of the debate is an insult to American voters. Undoubtedly, he imagines elevating the discourse. We do have serious problems in the country that require attention, and Bloomberg is a seasoned executive with a proven record of accomplishment in both the private and public sectors.

Mr. Bloomberg’s priorities, which include gun control and trying to confront climate change, are not necessarily those of the majority of Americans, but for sure he would find a following.

He’s a pragmatic man with lofty policy goals who could financially support a serious campaign.

While New Hampshire voters boosted the prospects of Bernie Sanders and Donald Trump, they may also have issued an invitation to Michael Bloomberg.