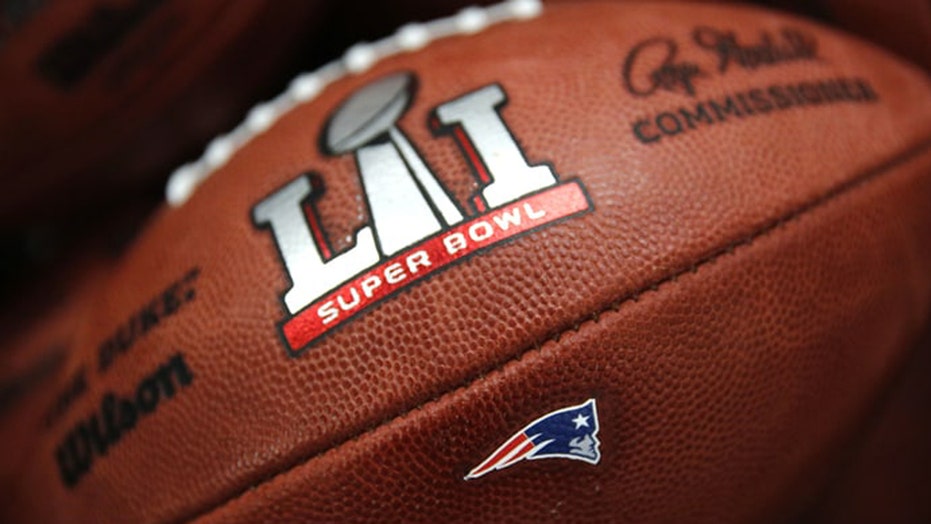 Fox Sports analysts split on who will win Super Bowl 51

Can the mainstream media have it both ways, even with the Super Bowl?

Many in the media like to feign being above the political fray as they talk about about the partisan divide separating not just political parties, but also so much of America into red- and blue-leaning precincts.

But then they step on what is a great coming together for America, the Super Bowl, by playing up the politics.

Reporters noticed that New England Patriots’ quarterback Tom Brady, who will be playing in his seventh Super Bowl on Sunday, had a “Make America Great Again” hat in his locker earlier this year and have never let it drop since. President Donald Trump, as someone running for president will, did keep the story alive by boasting about Brady’s support on many occasions.

Brady, however, has declined to get political. Earlier this week he told USA Today: “If people want to take sides, you know, they can obviously do that. It’s everyone’s right. They have a right to do that. And I have a right to stay out of it, too.”

Many in the media won’t accept this stance. An opinion piece in The Washington Post even called Brady a coward: “Brady’s nonchalant neutrality is itself a political statement, one that says he’s either too rich to worry about how Trump’s whirlwind of chaos will affect his life, or worse, too indifferent about the rapidly diminishing prospects of those who are not. This isn’t easy to say about someone I’ve idolized as an emblem of determination and athletic heroism for more than 15 years, but here in the reliably blue precincts of New England, Brady is already assuming a strange new role in the eyes of many fans: Tom Brady looks like a loser. Tom Brady looks like a coward.”

Of course, this same opinion piece referred to San Francisco 49ers’ quarterback Colin Kaepernick’s refusal to stand during the singing of the national anthem as “outright bravery.”

This is the underlying sentiment expressed across so much of the liberal media outlets; it is brave, even heroic, to stand for a cause they agree with, but shameful to have an opposing view. And shame is what it is. They want to shame right-leaning athletes, celebrities, even authors from the spotlight.

They are actually trying to rewrite the definition of heroism, of our role models, into something that only includes those who support the positions favored by the Left.

No wonder so many Americans don’t trust the media—so much so President Trump is effective when he calls the media the “opposition party.”

The media would be smarter to celebrate this moment, on a day when so many Americans come together to watch a game where men, regardless of politics, creeds, or color, play by the same rules as referees in black-and-white striped shirts enforce the rules.

The Super Bowl is a time where role models for so much of our youth fight their way down a field with rules guiding them. It’s a manly thing, a place with cheerleaders bouncing on the sidelines and men slamming each other into the ground in the field and then pulling each other off the ground after each play.

Think of it for simply what it is in schools across America. An athlete steps into a ring or field and his reality shrinks to the ropes or lines. His allotted time begins to audibly tick. His life struggle is simplified to the rules of competition. The yards gained or lost, blows struck or received of every play or round are felt as profoundly as life’s jolting tragedies and joyous triumphs.

The athlete knows the game, match, or race can make a humble man bold or a bold man humble.

An athlete grits his or her teeth for the finish line, the goal, the last bell, the checkered flag.

All along spectators cheer or jeer and the athlete knows they’ll walk off the field, or be carried off, a loser or a winner; either way, they’ll retain their pride only if they fight like the game is a real struggle of life and death. And in the end, if they are more than just an athlete, they’ll know to leave their blood and ego on the field, because real role models don’t gloat or point fingers, they walk away tall, content they tried, knowing they’ll strive again on and off the field of play.

That is why we love sports, and should. Life is never so simple, clear, and rarely as heroic as in competition. But this is also why some don’t. Some note that a downside to an athlete’s popularity is fame can make a man insufferable, can make him strut arrogantly on college campuses, even if he’s learning little.

They’ll say we revere this part of an athlete too much, that sports stars can be downright idiotic when a microphone is thrust in front of them, even if they seem godly when on the field.

That’s the kind of conduct the media should call out.

A person’s politics, meanwhile, is their politics. Can’t we still admire an athlete for what they can do on the field without having to agree with all their convictions? Can’t we enjoy an actor’s ability on screen without having to also side with his or her political leanings?

Lady Gaga will be singing at halftime during Super Bowl LI. I am not a huge fan of her music or her politics, but wow does she have a voice. I admire her for that and am looking forward to hearing her sing.

Atlanta Falcons’ receiver Mohamed Sanu, a Muslim who will also be in the Super Bowl on Sunday, has declined to discuss the travel ban President Trump imposed, though he said he will speak about it after the Super Bowl. That’s manly. That’s someone who understands this game is supposed to be a great coming together for America despite the media’s needling.

The mainstream media needs to grow up and see the bigger picture that is America. After all, the character of an athlete, or of any of us for that matter, is not defined by our politics, but by our actions.