After five black students reported racial slurs posted outside their dormitory rooms at the Air Force Academy in Colorado in September, the media went crazy.

Thankfully, the more important news story that developed from the incident was Air Force Academy Superintendent Lt. Gen. Jay Silveria’s powerful speech that he gave to all 4,000 cadets at the academy denouncing racism, saying it would not be tolerated at the academy. 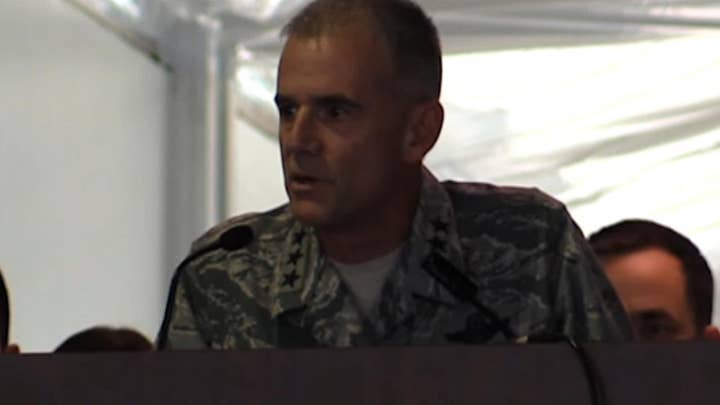 “If you can’t treat someone with dignity and respect, get out,” Silveria told cadets.

The speech went viral and was viewed on YouTube more than 1 million times. And rightfully so.

Of course there will be people who make up racial strife when they know the press is itching for their next story. Each instance of racism is fresh fodder to fuel their narrative about how America is mired in white supremacy.

But now, in a surprise twist, it turns out that one of the supposed victims of the racist slur is actually the perpetrator.

The Air Force Academy said in a written statement Tuesday: "We can confirm that one of the cadet candidates who was allegedly targeted by racist remarks written outside of their dorm room was actually responsible for the act. The individual admitted responsibility and this was validated by the investigation." The academy also said the student who wrote the racist slurs is no longer enrolled at the school.

As a black graduate of West Point, currently serving as an Army officer, I can say from my own experience that the military academies and the U.S. military are not racist institutions. Yet one unverified report by a student who concocted a false report about racism at the Air Force Academy fed the belief that racism directed against black Americans is everywhere in our society.

The Air Force Academy hoax isn’t an isolated incident. It belongs to a string of “hate crime hoaxes” recently reported throughout the United States.

Recently police announced that a black man in Riley County in Kansas had defaced his own car with racial slurs as part of a “Halloween prank that got out of hand.”

And just a few weeks before, another black man was charged in connection with spraying “KKK” and other racist messages on dorm walls at Eastern Michigan University.

And I have a hunch that this is just the beginning.

While I hope every perpetrator of these hoaxes is brought to justice, it’s equally important that we consider their greatest accomplice: the mainstream media.

Of course there will be people who make up racial strife when they know the press is itching for their next story. Each instance of racism is fresh fodder to fuel their narrative about how America is mired in white supremacy.

Consider the recent white supremacist march in Tennessee. About 150 lunatics marched around a small town, yet it was the blown up as an important news story. Within hours, Twitter erupted in a debate over #whitelivesmatter. The media won. The white supremacists won (they received all the attention they sought). And America lost.

These hate crime hoaxers simply take advantage of an unnecessarily heated political climate. If the media wasn’t obsessed with every potential instance of racism, the hoax at the Air Force Academy wouldn’t have gone past Colorado Springs.

Perhaps it’s time that America starts focusing on what binds us together instead of what tears us apart. In the complex and uncertain times that we live in, our country would benefit so much more from a spirit of unity than the media’s same old divisive narrative.