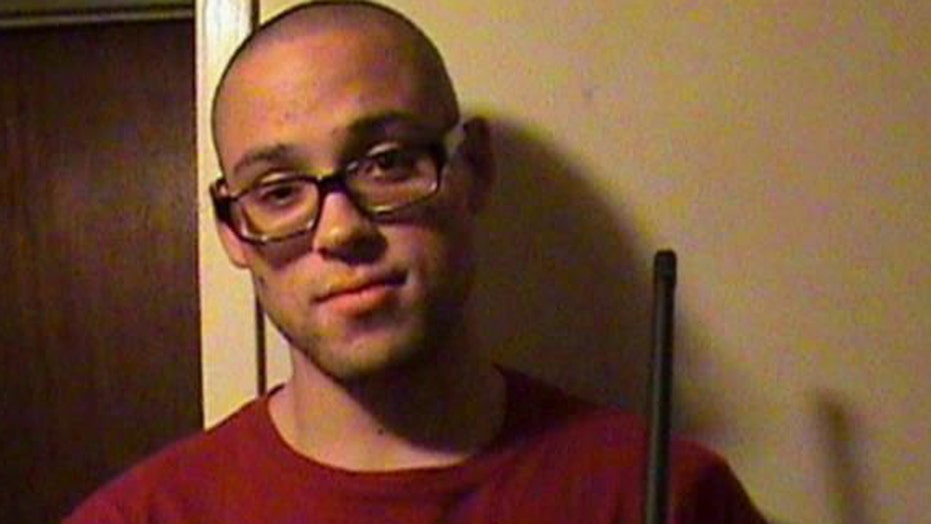 Could she be held accountable for horrific shooting? The debate continues on 'Happening Now'

Chris Harper Mercer, the man who killed nine people in Oregon yesterday, was almost certainly profoundly mentally ill.  According to neighbors, Mercer isolated himself from others, communicated largely through the Internet and lived in the basement of his mother’s house in Torrance, California before moving to Oregon.

He was frequently seen wearing camouflage pants and combat boots.  And he reportedly left a note at the scene of his rampage yesterday stating he had no girlfriend and no life and would be welcomed in Hell and embraced by the devil.

I certainly never examined Mr. Mercer, but these details, if true, may point to conditions like schizoid personality disorder, Asperberger’s syndrome or even schizophrenia, any of which can dramatically limit the ability to socialize and empathize with others, contribute to feelings of emptiness and isolation and spawn anything from intense depression to paranoid delusions.

Given the fact that Mercer lived for a time with his mother during his adult years, was noticed to be peculiar by neighbors and had acquaintances online, I would venture that more than one person knew he was not well.

If the president had a son like Chris Mercer, believe me, he would not be content to have his ill son live in a country where he could not procure firearms quite as easily. He would want his son’s disorder definitively diagnosed and definitively treated.

I do not know whether he ever got anything like comprehensive help, but it is hard to believe he could have, given what happened Thursday.

Violence of the kind perpetrated by Chris Mercer is always preventable through a combination of psychotherapy, proper medications and hospitalizations when needed.

Period.  There is no exception.

But people like Chris Mercer keep falling through the cracks of our shattered, sorry excuse for a mental health care system. This is tragic and unnecessary, because outreach and screening systems could be put in place that would be neither prohibitively expensive, nor an impingement on anyone’s liberty.

One of the hurdles in the way of building a system to prevent killings like those that occurred in Oregon is that politicians like President Obama turn such tragedies into reprehensible calls for gun control, rather than proper calls to rebuild the mental health care system.

Somehow, the uncontrolled psychiatric symptoms of one man should justify, in the president’s mind, curtailing the liberties of all men.

If the president had a son like Chris Mercer, believe me, he would not be content to have his ill son live in a country where he could not procure firearms quite as easily.  He would want his son’s disorder definitively diagnosed and definitively treated.  That would be, after all, the humane thing and the right thing to do.

Instead, the president, through his utterly absurd public comments after this tragedy, argues for an America where men like Chris Mercer (of which there are many, many thousands who will never hurt a soul) are free to live lives of terrible desperation and suffering in the shadowy basements of suburban homes, lost in delusions and wandering the streets.

Fixing things, for real, is always harder than burying them, whether for convenience or to achieve political gain.

The president’s proposed solution to the rash of mass shootings plaguing our nation, which have been due almost exclusively to mental illness, would be no solution at all.