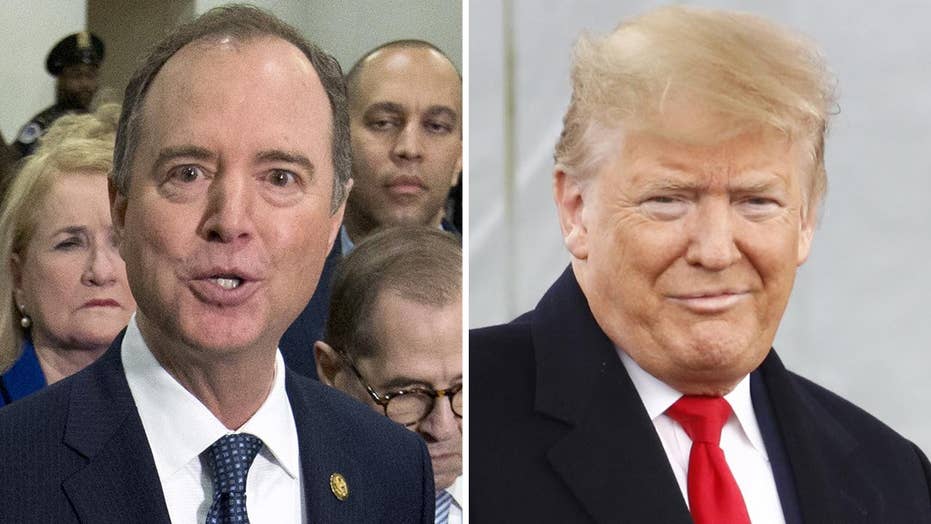 The 'Outnumbered' panel has reaction and analysis.

It seems the seven impeachment managers have conveniently forgotten many of the facts surrounding their deeply flawed case for impeachment. They began by crying out for witnesses, witnesses they could have called in the House, and asking the Senate to do their job for them. As they made their opening arguments, they left out key information and used cherry-picked quotes and video clips. When we look at the facts the Democrats seem to be forgetting, it could not be more clear that this sham of an impeachment is nothing more than a political hit job against President Trump.

There are four inconvenient—but key—facts that haven’t changed since this impeachment hoax began.

Funny how these all seem to have been forgotten by the impeachment managers.

On the second day, Democrats began their opening arguments. They focused much of their attention on Ambassador to the European Union Gordon Sondland. What they neglected to mention from his testimony is that Sondland admitted he has no evidence that President Trump was tying aid to political investigations other than his presumptions. In fact, Sondland testified that President Trump told him, “I want nothing, I want nothing, I want no quid pro quo.” Democrats conveniently left that part out, and the parts where former National Security Council Adviser Tim Morrison and former U.S. Ambassador to NATO Kurt Volker testified there was no quid pro quo, bribery, or extortion. So all the Democrats have is hearsay and presumptions—very convenient for the Democrats to leave this part out while making their case.

Democrats also seem to forget that their own witnesses have already testified under oath that corruption in Ukraine is very concerning and that the Trump Administration has done more for Ukraine than the Obama Administration ever did. Obama gave Ukraine blankets; President Trump gave the Ukrainians lethal aid and a real ability to defend themselves. It is also important to point out that in the House, four of these impeachment managers recently voted against giving Ukraine any aid at all.

And while Democrats have been pursuing their baseless impeachment against President Trump, he has never stopped working for the American people. He announced a historic Phase One Trade Agreement with China, the USMCA is moving forward, and evil terrorist Qassem Soleimani has been eliminated. All of this while maintaining the lowest average unemployment rate in recorded history. It is easy to tell who is really working on behalf of the American people.

Perhaps the most telling part of this entire sham is that the crimes Democrats are alleging never even made it into the actual articles of impeachment they passed. The only abuse of power here has been from the Democrats. The Democrat party has weaponized impeachment into a political tool because they cannot accept that their own failed candidate did not win the 2016 election. So now they are rushing to impeach with another election just months away. Perhaps the Democrats should stop obstructing Congress and return to working on behalf of the American people, rather than working so hard to influence—and interfere in—the 2020 election.