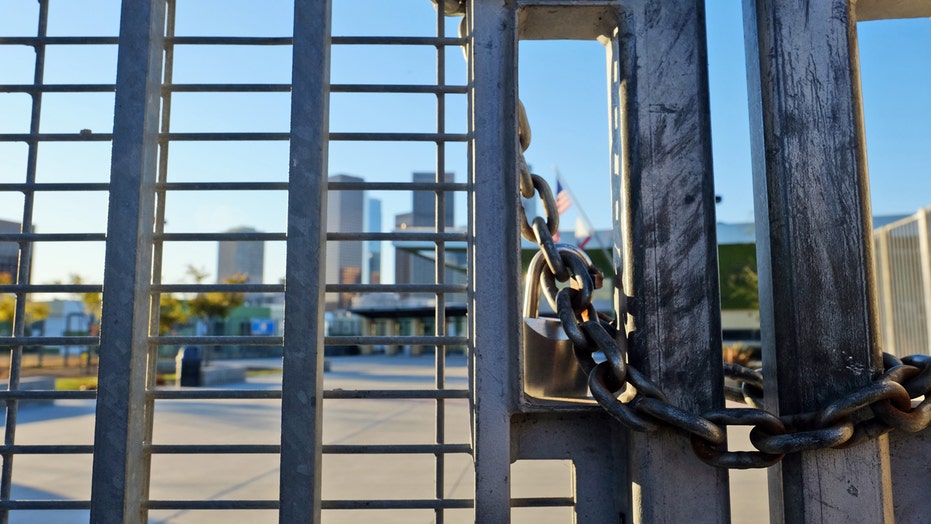 L.A. Unified school system is the second largest in the country

I’m a D.C. resident, and I took my little girls ice skating for the first time last weekend. It was chaotic, crowded, and a lot of fun for my daughters. And although I hate to admit it, it occurred to me that if a terrorist really wanted to wreak some havoc, it would be easy for him to shoot the place up before anyone could stop him.

What a heartwarming idea.

But then I had another thought: Even if a terrorist is eventually going to pull off an ice skating rink massacre, he’s not at this one right now, and I’m going to enjoy this moment with my girls.

I realize it’s easy to get paralyzed by fear. One week, several innocent people are murdered after an office party in San Bernardino. And the next week, it almost seems reasonable for Los Angeles to send 643,000 kids home in response to an anonymous email threat.

Life is too short and eternity is too promising to spend the present chewing my fingernails off in fear over what might happen on any given day.

I mean, think about it: In a 2011 Pew Center poll, 8% of Muslim Americans said that suicide bombings and other forms of violence against civilian targets are sometimes justified to defend Islam from its enemies. Even at the most conservative estimates, that’s hundreds of thousands of Muslim-Americans we’re talking about. So it's natural to hear things like that and feel a low-grade sense of panic.

But here’s the thing: Although I realize there’s a need to use wisdom in these perilous times, I don’t think it’s wise to surrender our peace to terrorist boogeymen who may never materialize in our lives.

I don’t think it’s wise to ignore the fact that the same Pew survey found that millions more Muslim-Americans believe that suicide bombings and other forms of violence against civilian targets are never justified. And its unwise to forget the millions of American kids who go to school every day without being threatened, much less harmed.

Enough from me, though. Let’s hear a word from the late C.S. Lewis on what he thought we should all do in the case of atomic war.  It’s perfectly applicable here.

The first action to be taken is to pull ourselves together. If we are going to be destroyed by an atomic bomb, let that bomb, when it comes, find us doing sensible and human things — praying, working, teaching, reading, listening to music, bathing the children, playing tennis, chatting to our friends over a pint and a game of darts — not huddled together like frightened sheep and thinking about bombs.

Some would say, “As a D.C. resident, you’re going to be sorry one day when a terrorist attack hits the capital again. You'll wish you had been more vigilant.” And to that, I would say this: I’ll never be sorry for choosing to walk in peace rather than burning up my energy worrying about criminal thugs I can’t control.

Life is too short and eternity is too promising to spend the present chewing off my fingernails in fear over what terrorists might do on any given day.

They can plan whatever attacks they want, and I'll be as vigilant as I can (whatever that means). But in the meantime, I'm going to be even more focused on doing sensible things like going ice skating with my kids and enjoying the holidays with family and friends.