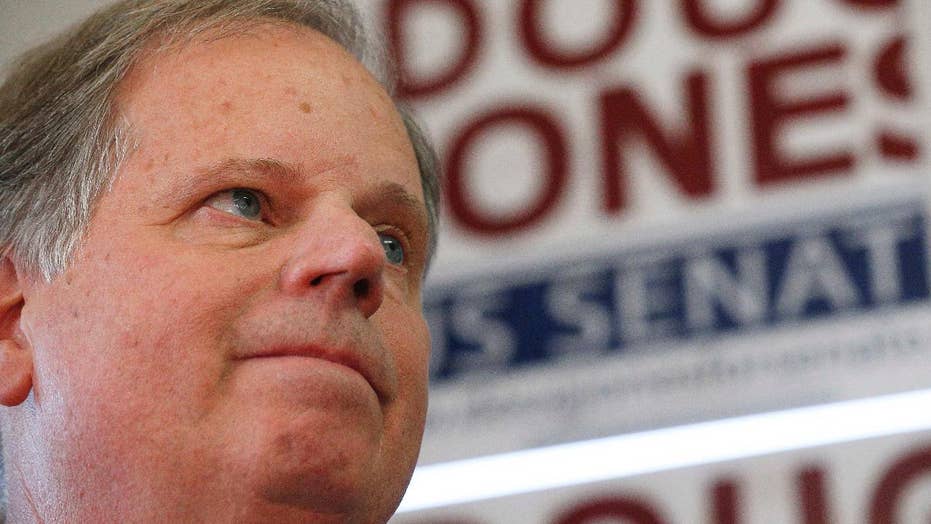 After a grueling and contentious special election campaign for Senate that gained unprecedented national attention, Democrat Doug Jones has emerged as the winner in Alabama by less than two points.

In a state where President Trump won by about 28 points last year, Jones captured 49.9 percent of the vote, while Republican Roy Moore received 48.4 percent, with 100 percent of precincts reporting. Another 1.7 percent of votes were cast for write-in candidates.

The lion’s share of Jones’ momentum came from the accusations in recent months that Moore sexually abused a 14-year-old girl and made sexual advances to three others, including one who accused him of sexual assault. The alleged incidents took place when Moore, now 70, was in his 30s.

Given this, the election must be seen much more as a rejection of Roy Moore personally than President Trump. We should anticipate that in the coming days and weeks, the Democrats will try to nationalize the result and use it to put both the Republican majorities in the House and potentially Senate in play.

Moore’s loss puts into question a fundamental component of President Trump’s platform and base.

Surely, Jones emboldens Democrats to compete in states like Nevada, where Republicans are potentially now vulnerable. To succeed, the Democrats will need more than a message of resistance or opposition. They will need a centrist, pro-growth agenda of their own.

While Jones’ victory is significant for the Democratic Party because it narrows the Republicans’ leadership margin in the Senate entering 2018, the more pernicious consequences from the election are those facing the Republican Party.

In the final months of the campaign, Moore received his strongest support from the alt-right populist wing of the Republican Party led by Bannon, while much of the Republican establishment stood on the sidelines

This alt-right wing was of course fundamental to shaping President Trump’s rhetoric throughout 2016 and helped deliver him the presidency. It remains strong in deep red Southern states like Alabama, where the voters are increasingly anti-establishment.

In particular, regardless of Moore’s failure to win, early indications from exit polling indicate deeply negative favorability and approval ratings for both major parties.

As the Republicans prepare for 2018, Moore’s loss worsens fractures within the party, creating an even more contentious relationship between those in the Republican establishment – many of whom called on Moore to step out of the race in light of the sexual misconduct allegations – and the far-right faction of the Republican Party led by President Trump and Bannon.

To be sure, this was a bad night for President Trump, Steve Bannon, and Senate Majority Leader Mitch McConnell, R-Ky.

Ultimately, Moore’s loss puts into question a fundamental component of President Trump’s platform and base. The alt-right movement’s continued presence despite the Moore defeat will continue to divide the party in 2018 and hurt Republican candidates’ chances in even less reliably conservative states than Alabama.

In terms of Democratic strategy entering 2018, Gov. Jay Inslee of Washington state, the new chairman of the Democratic Governors' Association, argues that President Trump will be so toxic come midterm elections that Democrats will not even need to mention him by name in order to benefit from the backlash he is creating.

In Inslee’s words, Democrats “are going to lead with an economic message” in 2018 and will not “be distracted by his divisiveness.”

Under this strategy, Democrats will succeed by not making the 2018 midterms elections “ideological,” but a distinct “rejection of chaos.”

It is my view that both major parties’ deep unpopularity provides an opportunity for Democrats to build on Doug Jones’ victory and succeed in 2018 if they implement an alternative governing strategy that is fundamentally different from what the most progressive voices in Washington are advocating.