When Terry McAuliffe recently left early from an event hosted by a disability advocacy group to skip off to a swanky Las Vegas fundraiser, it represented but the most recent example of McAuliffe putting the needs of special interests ahead of the most vulnerable Virginians.

As both a Virginia resident and the mother of a child with a disability, I know how Terry McAuliffe turned his back on special needs parents, denying their children the educational opportunities they deserve.

BIDEN TO CAMPAIGN WITH TERRY MCAULIFFE IN TOSS-UP VIRGINIA ELECTION

In 2016, while serving as governor, McAuliffe vetoed legislation creating Educational Savings Accounts (ESAs) in Virginia. The bill in question would have allowed parents of students with disabilities to receive taxpayer money from the Commonwealth in an account. Parents could have used those taxpayer dollars to fund tutoring fees, school tuition, educational therapies and services, and similar educational expenses.

Over the past several years, ESAs have become a godsend for special needs parents. Thanks to the flexibility provided by the account, these parents can ensure their children receive the unique services and therapies students with disabilities require.

Terry McAuliffe’s approach to education in general is this: appeal to liberal special interests, while dismissing parents’ legitimate concerns.

First created in Arizona in 2011, ESAs have spread to numerous states around the country. But special needs parents in Virginia can’t access them—because Terry McAuliffe stood in the way. 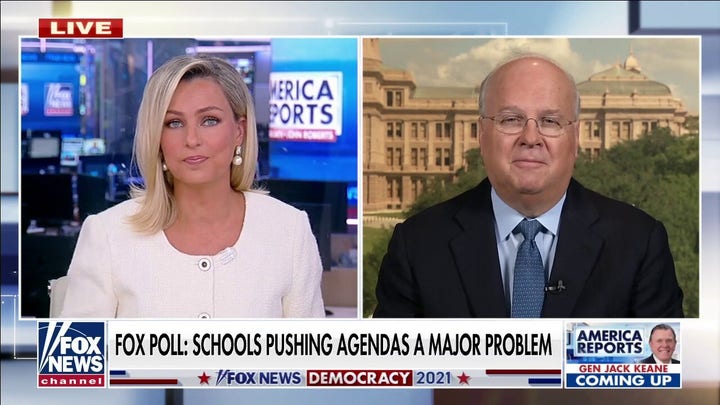 In his veto message, McAuliffe claimed that ESAs would create an "unfair system." But as a mother who sees every day the challenges that students with disabilities face, the real unfairness in the system lies in politicians like Terry McAuliffe denying vulnerable children their best chance to succeed in life—because McAuliffe thinks politicians can spend our education dollars better than parents can.

That attitude epitomizes Terry McAuliffe’s approach to education in general: appeal to liberal special interests, while dismissing parents’ legitimate concerns. Even as McAuliffe called critical race theory a "right-wing conspiracy," teachers’ unions that endorsed him have redoubled their efforts to teach these radical theories that call America a racist country.

From skipping out of a meeting with disability groups early, to vetoing legislation to help special needs children, to cavorting with groups that want to divide Virginians into "oppressors" and "oppressed" based on their skin color, Terry McAuliffe's actions prioritize Democrat special interest groups over the needs of parents and children.

They epitomize the tactics of a career politician hoping to regain power as governor—a potential stepping-stone for national office.

By contrast, Glenn Youngkin will bring a breath of fresh air into Virginia. As governor, he will ensure parents have a say in their children’s education—not just government bureaucrats.

After teachers’ unions kept millions of children out of school last year, Youngkin realizes that we need to keep schools open safely, and do so by empowering parents to make smart decisions on behalf of their kids.

When it comes to protecting the most vulnerable and educating our youth, this parent of a special needs child knows whom she will be voting for this November.

Mary Vought (@MaryVought) is President of Vought Strategies, LLC. Her husband, Russ, is the former director of the Office of Management and Budget. They reside in Arlington, Virginia and have two children, one of whom has cystic fibrosis.