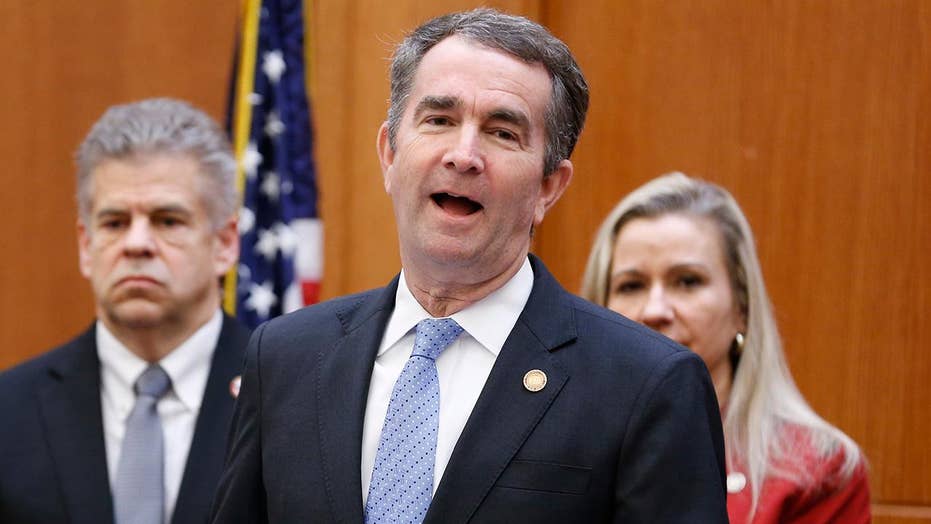 This week has been like a competition among politicians in the Commonwealth of Virginia to see who can be the most morally abhorrent – Democratic Gov. Ralph Northam or Del. Kathy Tran, D-Fairfax.

So far they’ve both earned the title of most reprehensible elected official. Tran sponsored a bill that would allow abortion while a woman is in labor, and Northam, a licensed pediatrician, floated post-term infanticide as an option to parents.

Here’s to hoping both of them win a one-way ticket back to private life, never to have influence over public policy again.

I have never been more disgusted, saddened or embarrassed by my state or my district (which is represented by Tran) than I have been in the last few days. And as a conservative living in the liberal suburbs of D.C., there’s been no shortage of things to disgust me over the years. However, nothing comes close to the atrocity we’ve seen from our so-called leaders this week.

During an interview on WTOP Radio’s “Ask The Governor,” Northam was asked if he supports Tran’s late-term abortion bill, and about her shocking statement that it would permit abortions even as the woman is dilated and in labor.

He partially dodged the question, but usually when you dodge a question it’s because you don’t want to answer it. Instead, his response was as if he was playing some bizarre-o progressive poker game, and he decided he’d see her third-trimester mid-labor abortion and raise her with post-term infanticide.

That’s a whole lot of awful to unpack in one quote.

Certainly the governor of Virginia – a licensed pediatrician who ran his campaign on his medical credentials, complete with feel-good ads showing him in a white coat while holding a stethoscope and caring for kids – didn’t just advocate infanticide, did he?

Then, sadly, you realize that, yes, that’s exactly what he just did.

Was it when Virginia House Majority Leader Todd Gilbert forced Tran to admit exactly what her bill permits?

Tran: “You know, that would be a decision that the doctor, the physician, and the woman would make.”

Gilbert: “I understand that. I’m asking if your bill allows that.”

Tran: “My bill would allow that, yes.”

Kudos to Gilbert for exposing the truth. Tran’s comments sound pretty straightforward to me, but then again everybody should just calm down. It’s not like she suggested post-term infanticide.

No, it was the pediatrician and leader of the Commonwealth of Virginia who did that. Now you can feel free to “overreact” ladies and gentlemen.

And if you’re a pediatrician and you advocate for taking a baby’s life after they’re born, you need to have your medical license revoked. You have no business being anywhere near children.

That’s called infanticide, and it happens to be against the law. Not only are you unfit to be around kids, you’re certainly not fit to lead a state.

Sen. Ben Sasse, R-Neb., was more blunt about a governor so divorced from reality: “I don’t care what party you’re from — if you can’t say that it’s wrong to leave babies to die after birth, get the hell out of public office.”

After Governor Northam’s comments backfired and he realized it wasn’t a good look for a pediatrician-turned-governor, he sent a spokesperson to clean up his mess.

His office released a statement that said, “No woman seeks a third trimester abortion except in the case of tragic or difficult circumstances, such as a nonviable pregnancy or in the event of severe fetal abnormalities, and the governor’s comments were limited to actions physicians would take in the event that a woman in those circumstances went into labor.”

First of all, that’s patently false.

On video Tran admits that mental health is a perfectly acceptable deciding factor for abortions while a woman is in labor. Furthermore, Northam’s own words speak for themselves. Taking a human life after the baby is born is wrong, immoral and repugnant. No press release can make it ok.

Tran’s bill was narrowly defeated in a House subcommittee this week. However, it had the support of nearly half of the Democratic caucus.

Abortion proponents used to love to throw around the phrase “you can’t legislate morality.” The events of this week take that argument into a whole other stratosphere.

Choosing to end the life of a baby after labor has begun or after the baby is born is most certainly immoral. To Northam and Tran, that’s something you most certainly cannot legislate.