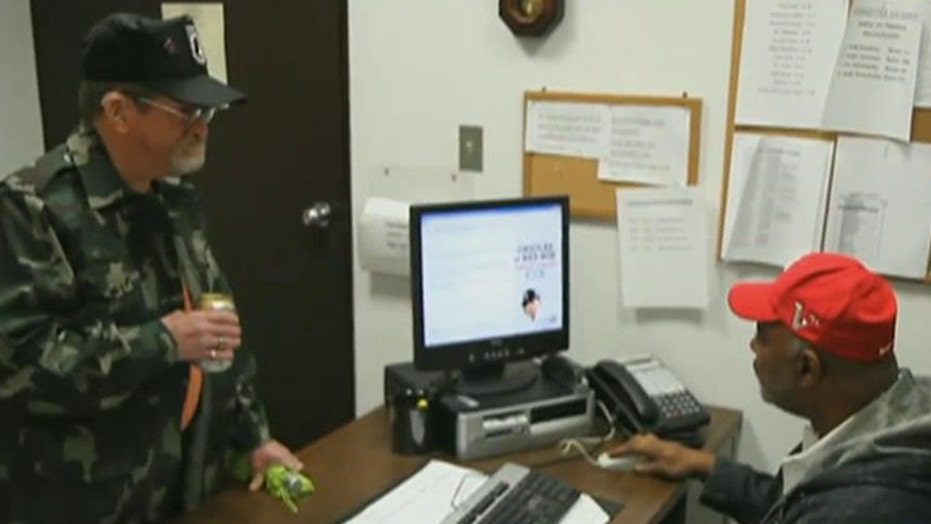 'Soldier On' works to lower number of homeless veterans

A report issued a few days ago by Senators John Flake and John McCain found that the Pentagon has spent nearly $7 million to pay for patriotic displays during the games of professional sports teams.

Since 2012, the Pentagon entered into 72 contracts with the National Football League, Major League Baseball, National Hockey League, and Major League Soccer just so that veterans and members of the military could be “honored” in front of large crowds by throwing out the first pitch, unfurling giant flags across stadium turfs, and singing “God Bless America.”

This “paid patriotism” is a revolting affront to all of those who have donned the uniforms of our country’s Armed Services and fought to preserve the freedoms and ideals we enjoy and cherish.

It is also a repulsive insult to all of us taxpayers; it’s our dollars that have gone into footing the bill for what amounts to nothing more than a marketing ploy designed to enrich the coffers of the already super rich sports franchises.

It comes as no surprise that holidays such as Veterans Day, which was created nearly 100 years ago by President Woodrow Wilson to celebrate the heroism of our troops who fought in World War I, are now more about celebrating huge discounts at the local mall and days off from work and school.

At the same time, such wanton capitalism is indicative of a much wider societal problem impacting our military and veterans communities.  Indeed, there is a near total disconnect between the safe and secure lives we lead as civilians and the unsafe and insecure lives led by the men and women of our nation’s military. Consider that less than one percent of our population currently serves in the Armed Forces compared to more than 12 percent during World War II.  Moreover, only 5 percent of us have a direct connection to someone currently in the military.

It comes as no surprise therefore how holidays such as Veterans Day, which was created nearly 100 years ago by President Woodrow Wilson to celebrate the heroism of our troops who fought in World War I, are more about celebrating huge discounts at the local mall and days off from work and school.

Think about all those corporations and retailers big and small that fly the American flag to demonstrate their patriotism on Veterans Day.  Not nearly enough of them actually demonstrate this patriotism in the most tangible ways, by providing both financial and human capital on the ground.

Think about how many companies that run massive advertising campaigns touting Veterans Day sales actually donate a percentage of proceeds from those sales to veteran service organizations?

Think about how many companies that proudly proclaim that they hire veterans actually provide these men and women with meaningful, rather than menial, employment?

According to the findings of a 2014 member survey by the Iraq and Afghanistan Veterans of America organization, about one-third said that their current position was inappropriate given their level of education and experience.  Other studies have found that that veterans’ under-employment is as high as 26% more than non-veterans.

Now think about the fact that, according to the Department of Housing and Urban Development, there are almost 50,000 veterans who are homeless and 1.4 million at-risk of becoming homeless due to poverty, lack of support networks, and substandard living conditions each and every day in America.

A highly significant number of these veterans suffer from post-traumatic stress disorder, while nearly 50 percent of the homeless veteran population experiences mental health issues. These are veterans who put on a uniform and swore they would die for us. Many of them have returned from the battlefield, but never really truly returned from battle.

They have endured the sleepless nights and harrowing experiences of homelessness and have lost touch with their families, finding their solace in drugs and alcohol and, statistics show, spending nine times the length of their deployment homeless.

Perhaps the most fragile of our at-risk veteran population is women. Estimates go as high as 10,000 women veterans on the street on any given night.

The primary issue our nation’s daughters report upon their return home is PTSD, and due to physiological and psychological differences in the sexes, our VA is not equipped to properly treat these women.

Only slightly more than half of the 500 VA-run homeless shelters accept women and few, if any, accept children.

Importantly, some 31 percent of VA medical centers aren’t able or equipped to provide necessary services for military sexual trauma, which one out of every five women veterans experience.

Through the efforts of the Veterans Administration in partnership with HUD and other government entities and non-government organizations nationwide, including Soldier On, where I serve as CEO, veteran homelessness has decreased by more than 33 percent since 2010.  A number of major cities, including Houston, New Orleans, Phoenix, Salt Lake City, and New York have announced they have achieved or will achieve “functional zero” on their homeless veteran population by the New Year.

We have been able to attain success thus far through a continuum of care process that integrates the resources of federal programs with a network of local and state agencies committed to the same goal.

The HUD-VA Supportive Housing (HUD-VASH) has served over 90,000 veterans since the program’s inception, providing housing and other services for the most vulnerable, chronically homeless, according to the National Coalition for Homeless Veterans.

The VA’s Grant Per Diem program, which supports transitional housing for homeless veterans and literally takes them off the streets, served about 45,000 veterans in 2014 with another 45,000 expected to benefit in 2015. These programs have been effective in reaching homeless veterans and placing them on the road to reclaiming their dignity and lives.

Soldier On is the largest provider in the country of another largely effective program funded by the VA, Supportive Service for Veteran Families (SSVF), which has made a profound difference in ensuring that homeless and at-risk veterans and their families have access to the resources they need to successfully transition to permanent housing.

Our SSVF program encompasses rapid-rehousing along with an array of services, including temporary financial assistance, employment and benefit counseling, case management, and transportation.

Our success with the SSVF program -- which we now operate in five states, Massachusetts, New York, New Jersey, Pennsylvania, and Mississippi -- is largely due to a real-time delivery model in which we maintain a fleet of vehicles fully equipped with computers and other communications technology that allows us to reach a veteran or veteran-at-risk in a matter of hours.

Our program is also reinforced by our interconnection with state and local agencies, which assist in providing housing, employment, and other vital services for the veterans.

But relying upon federal funding can be a tricky venture, and the government can’t do it alone.  There still needs to be a comprehensive strategy to not only sustain current activities but also to meet the challenges of the future in meeting the ultimate goal of ending veteran homelessness.

The VA needs to fully partner with academic medical centers, research universities and boots-on-the-ground nonprofits engaging these forgotten veterans and servicing them in an all-inclusive way that treats them as dynamic human beings deserving of dignity and respect.

And I would argue that America’s business community needs to be an active partner in all efforts.  We can start by having all those sports teams that have greatly benefitted from the “generosity” of the Pentagon re-allocate these ill-gotten gains for the benefit of our homeless veterans.

We have reached a watershed moment in our history, one in which we have the awareness, technology, the means, and the determination to end veterans homelessness.  This Veterans Day, as we celebrate and honor those who have served our country with parades and other programs, it is imperative that we look beyond the pomp and pageantry to treat our homeless veterans.  We can’t drop the ball now.