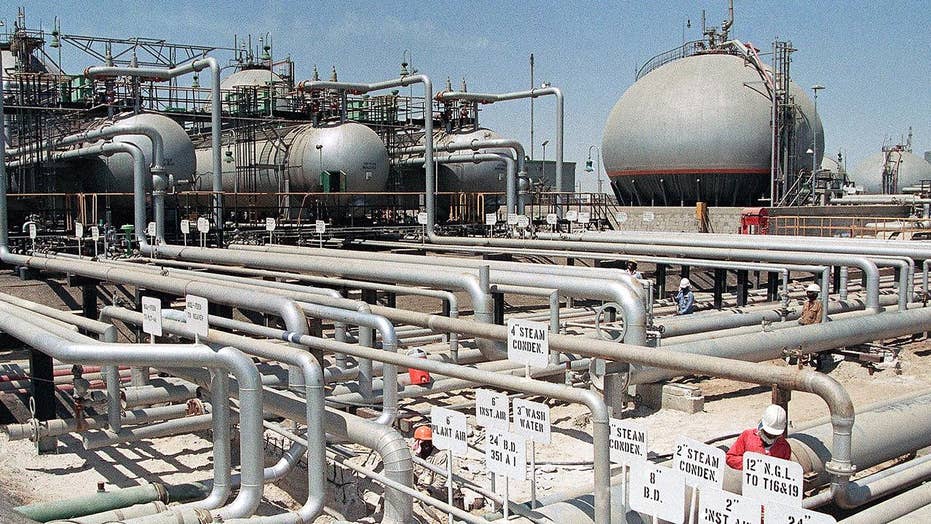 Fox Business reporter Jackie DeAngelis on how the U.S. strike will impact oil prices and the economy.

The threat Friday by a top Iranian military leader to attack “vital American targets” in or near the Strait of Hormuz – the waterway through which about 20 percent of the world’s oil is transported – illustrates why President Trump’s pro-American energy policies are critical to our national security.

Iranian leaders have promised military action to retaliate for the killing of terrorist Gen. Qassem Soleimani in a U.S. drone strike this week that was ordered by President Trump. Soleimani commanded the elite Quds Force of Iran’s Islamic Revolutionary Guard Corps and was killed because he was planning deadly new attacks against Americans and others, President Trump and other U.S. officials have said.

Senior Revolutionary Guards commander Gen. Gholamali Abuhamzeh said Friday that “the Strait of Hormuz is a vital point for the West and a large number of American destroyers and warships cross there.”

If Iran were to attack U.S. warships or other shipping and close the Straits of Hormuz – the passageway between the Persian Gulf and the Gulf of Oman, leading to oil markets around the world – oil shortages and big increases in oil prices would quickly follow around the globe.

Fortunately, President Trump has aggressively pursued deregulation and other needed policies that have led to big increases in U.S. production of oil and natural gas. This makes us far less vulnerable to Iranian threats to block the Straits of Hormuz than we would be if a Democrat becomes president in 2021, because all the Democratic presidential candidates have called for actions that would sharply reduce U.S. fossil fuel production.

Iran and America’s other enemies would like nothing better than to see the Democratic “green” policies implemented, because those policies would strike a tremendous blow to America’s national security and make us far more dependent on oil and natural gas from the Middle East. This would give Iran considerable leverage over the U.S., and making it less likely that we would resist Iranian efforts to spread terrorism and develop nuclear weapons.

President Trump calls his policy of unleashing the fullness of America’s domestic energy potential “energy dominance.” His goal is protecting our economy and disentangling it from uncertain geopolitics.

The Green New Deal treats geopolitical threats like a disagreement on "Sesame Street."

Just 11 years ago, Middle East tensions caused oil prices to skyrocket to $146 a barrel. Americans paid an average of $4.11 per gallon of gasoline at the pump. The record-high prices drove up the cost of everyday life.

It was more severe in the 1970’s – particularly during the Arab Oil Embargo from October 1973 to March 1974. Many Americans alive today weren’t born or were young children back then, and so don’t remember the long lines at gas stations, gasoline shortages and gasoline rationing at the time.

The embargo was called when the Organization of Arab Petroleum Exporting Countries stopped selling oil to nations supporting Israel in the Yom Kippur War. By the end of the embargo, the price of oil had risen an astounding 400 percent.

Then in 1979, the Organization of Petroleum Exporting Countries cut oil production by 7 percent, doubling U.S. gasoline prices. Gasoline shortages, rationing and theft were commonplace. Once again, America was a hostage of a foreign entity’s decisions.

Fast forward to energy dominance under President Trump. Yes, oil prices are still a global commodity and did react to the drone strike that killed Soleimani. They jumped to as high as $63.88 a barrel – but that is less than half of what they were in 2009.

The price and availability of oil, natural gas and other forms of energy affect the cost of everything – not just the cost of filling up your vehicle at the gas station. It takes energy to grow our food, manufacture products and deliver those products to stores and to our homes.

Billionaire “green” Democratic presidential candidates Michael Bloomberg and Tom Steyer have some much “green” in their wallets that they don’t have to worry about the big increases in energy prices that would result from their policies. If the costs of the things they buy doubled they wouldn’t even notice. But average Americans sure would.

Unfortunately, radical environmentalists have convinced millions of voters that oil, natural gas and coal are destroying our planet and that we can get by just fine on renewable energy sources like solar, wind and wave power. That may be the case far in the future, but there is no way that we will be able to produce that much renewable energy in the next few decades.

Yet every Democratic presidential candidate has embraced some version of the fantasy-based Green New Deal. This feckless, sophomoric proposal would destroy our energy industry, throw millions of Americans onto the unemployment rolls and cause a repeat of the Great Depression if Democrats actually implemented the plan.

The Green New Deal treats geopolitical threats like a disagreement on "Sesame Street." Iran, Russia and China would love nothing more than to see a Democratic president blow up our national security and economy with this dangerous and impractical far-left proposal.

We should all be thankful for America’s strong domestic energy industry and the hardworking men and women who produce the oil, natural gas and coal that keep our economy booming and our nation safe and secure.

I hope and pray that war with Iran is not coming, but I know President Trump has adopted America First policies that have America prepared. Energy dominance is making us strong – and a strong America can face whatever comes tomorrow.