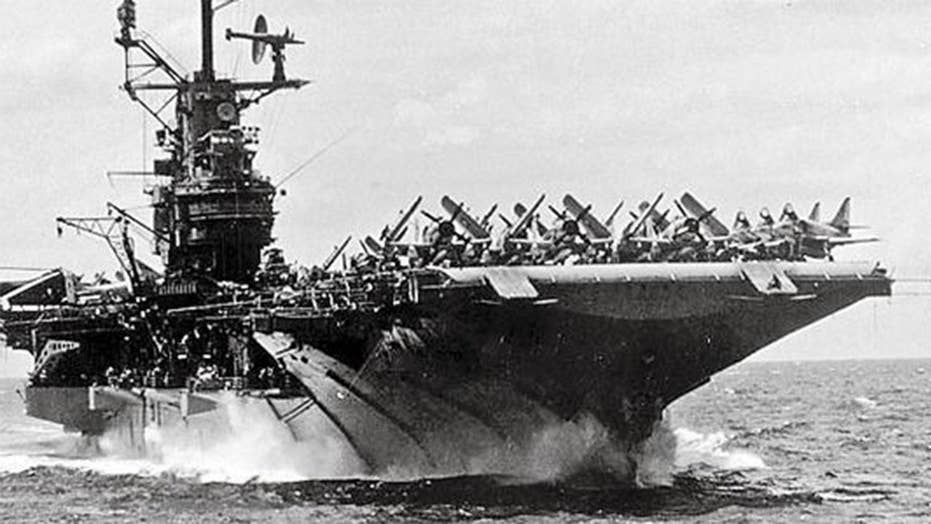 Commemorating the 75th anniversary of the USS Intrepid

This week marks 75 years since the darkest day in the USS Intrepid’s history. On November 25 in 1944, the aircraft carrier Intrepid, which played a vital role in turning the tide in the Pacific Theater during World War II, fell victim to two devastating kamikaze attacks that killed 69 of its crew. In all, kamikaze attacks claimed the lives of 88 crewmembers from 1944-45. 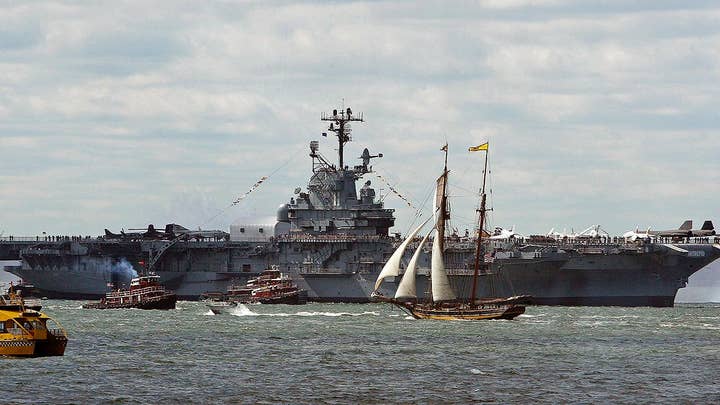 The reaction of those aboard the USS Intrepid was a reflection of American courage that has been shown again and again since the birth of this country 243 years ago.

There was Alfonso Chavarrias, who died while trying to shoot down a kamikaze airplane that crashed into the ship. There was Donald Domenic DiMarzo, the ship’s fire marshal, who died fighting fires on the hangar deck. Both men were posthumously awarded the Navy Cross. And then there was Bill Daniels.

Daniels was a decorated fighter pilot in World War II and the Korean War, and served aboard Intrepid as fighter director officer, guiding pilots toward their targets.  The kamikaze attacks of November 25, 1944, sparked numerous fires on board, trapping men in smoke-filled compartments. Daniels braved fire and smoke to reach a group of about 25 trapped crewmembers. He not only helped lead them to safety on the flight deck, but for one sailor, he applied a tourniquet to one leg and amputated the other, to save that sailor’s life. He then went back to save more. The Navy recognized Daniels with the Bronze Star for his heroism.

Kamikaze attacks came as a surprise to Allied military leaders.  In response, they quickly developed defensive tactics that not only defended but also anticipated. And while Navy sailors—like the crew of Intrepid—felt awe and fear as enemy airplanes barreled into them, they did not lose the will to fight.

Former crewmembers, including Long Island, New York’s Ed Coyne who survived the kamikaze attacks, are gathered this week at the Intrepid Museum to remember and commemorate their fallen colleagues and pause for a moment of silence at the exact time of the first attack.

The Intrepid Museum remembers and honors those events, as well as the bravery and sacrifice of those who served, each and every day.  And thanks to Bill Daniels -- who went on from that harrowing day to become a cable TV pioneer, owner of sports franchises and generous philanthropist and founder of the Daniels Fund -- the historical depiction of the kamikaze attacks on Intrepid is now told through an expanded Kamikaze: Beyond the Fire exhibition. It features artifacts and items from the collections of the Intrepid Museum and on loan from Japan’s Chiran Peace Museum, including photographs, writings, medals and fragments from kamikaze aircraft.

Sixty-nine former crewmembers, many teenage boys, lost their lives on November 25, 1944.  Since then, thousands of other Americans have lost their lives in defense of liberty. We must never forget the lessons they taught us - then, and now - about American values and American courage.