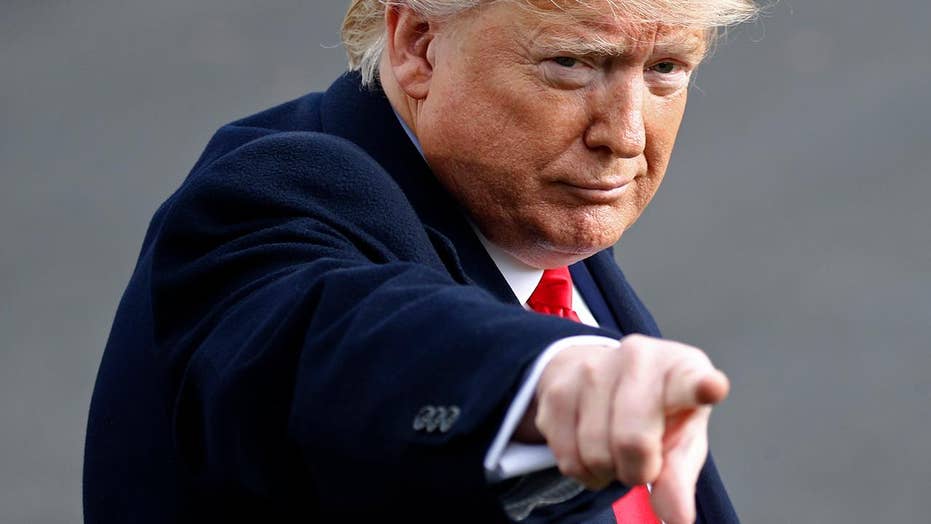 Some Democrats are calling for the party to launch a stronger counter-offensive; reaction from Scott Bolden, former chair of the D.C. Democratic Party.

There is a telling scene in Season 3 of the Netflix drama “The Crown” about the reign of Queen Elizabeth II that can instruct contemporary America about Democrats’ attempt to impeach President Trump.

The episode is titled “Coup.” Harold Wilson is prime minister of Britain. He has just devalued the British pound and a bad economy has provoked street demonstrators to call for his removal from office.

A cabal ensues, led by Cecil King, the editor of the otherwise pro-Labour Party newspaper, the Daily Mirror. The plotters select Lord Mountbatten as the one they wish to replace Wilson.

LIZ PEEK: REGRETFUL DEMOCRATS LOCKED INTO TRUMP IMPEACHMENT — AND PAYING A PRICE FOR IT

Wilson hears about the coup attempt and calls the Queen before the plotters can get to her. She then invites Mountbatten to Buckingham Palace where she admonishes her second cousin after which the following exchange takes place:

Mountbatten: “Why would you protect a man like Wilson?”

Mountbatten: “But if the man at the heart of that democracy threatens to destroy it, are we supposed to just stand by and do nothing?”

The Queen: Yes. Doing nothing is exactly what we do and bide our time and wait for the people who voted him in to vote him out again if, indeed that is what they decide to do.”

Mountbatten decides not to proceed. Whether this scene is accurate, or not (and much of the series claims fidelity to history), it makes a point Americans should take to heart. President Trump won the 2016 election in spite of many obstacles, including united media opposition, meddling by Russia and corrupt elements in Ukraine, which sought to tilt the U.S. election in favor of Hillary Clinton.

Unlike 1968 when the economy was bad in Britain, the U.S. economy now is booming and consumer confidence is high. The impeachment hearings exposed disagreements over foreign policy, foreign policy the president has a right to make. They revealed a legitimate concern by the president that U.S. aid would go down a corruption rabbit hole, something the Obama administration had also been concerned about because it refused to send lethal aid to Ukraine “fearing that it would only escalate the bloodshed and give President Vladimir V. Putin of Russia a pretext for further incursions.”

It appears that Trump also wanted the new leadership in Ukraine to investigate the activities of former Vice President Joe Biden and his son, Hunter in Ukraine, and whether they had become tainted, something the American media and President Obama’s Justice Department failed to do.

If articles of impeachment are passed by the House, it could take the Senate at least until the beginning of the primary election season in February to hold a trial. The process might drag on even further should Majority Leader Mitch McConnell decide to do so, and Republicans call witnesses of their own, including the Bidens.

While impeachment is a constitutional process, democracy is a greater one. The phrase “We the people” in the Preamble was critical to the founders. It separated America from the notion that the state and its leader, whether kings, queens, or dictators, and testimony from unelected bureaucrats is supreme. It says the people possess ultimate power.

That is why it should be up to voters this close to the next election. Wait for the people who voted Trump in either to reelect him or vote him out. Impeaching him will likely alienate half the country and could damage faith in our electoral process.

If Democrats are right in their antipathy toward the president and if they can sell their version of facts to voters, they should try to do so. That is the best way to protect both our Constitution and our democracy.