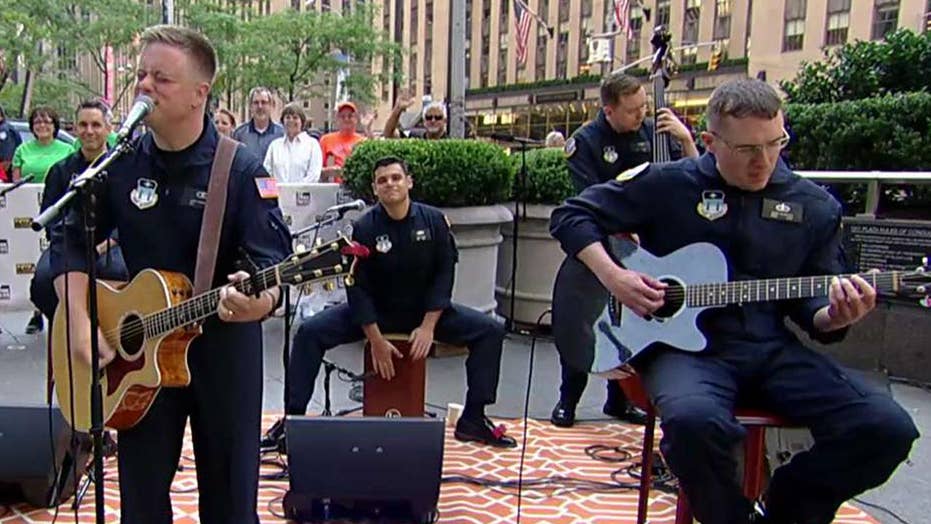 Group leader discusses the history of the band

Three years ago, the world was surprised and shocked by the gruesome images emerging from Iraq and Syria. An evil group known as ISIS began controlling  territory and violently murdering those who stood in their way. In the three years since the U.S. and coalition forces began reversing the group's efforts to establish a "caliphate" and ruthlessly implement its medieval practices, much has changed. ISIS has suffered severe losses in Iraq and the Iraqi army has made gallant sacrifices and strides in taking its country back, block by block. It's been heartening to see a divided nation come together against a common enemy, and the Iraqis have truly shared the risks with coalition troops.

In Syria, the outlook for ISIS grows more grim by the day. Indigenous fighters, aided by U.S. airpower and special operations forces -- and the notable efforts of our allies -- are destroying them. While some ISIS fighters may leave and try to disperse across the region, they have suffered crushing blow after crushing blow on the battlefield. From Ramadi to Manbij to Mosul, wherever they have stood and fought they have largely perished. In Sirte, Libya, their efforts to re-form as fighting units led to yet another catastrophic defeat.

There are many unusual elements to Operation Inherent Resolve, the official name for the fight to defeat the Islamic State in Iraq and Syria. In many ways, it is a war that is both difficult to fight and difficult to understand. Unlike previous conflicts in the region over the past three decades, there is limited press coverage and a limited number of reporters who have "embedded" with American troops to help tell their stories. That is due in part to the brutality of the battlefield, the inevitable political challenges within any coalition and to logistical hurdles in getting reporters airborne over the fight.

So as we think about July 4th and America's Independence Day, we recognize the sacrifices and resolve of America and her allies in eradicating this latest scourge. For our Air Force, it means 16,000 Airmen heavily involved in the conflict, flying 70 percent of the missions and dropping 100 bombs a day. In some ways, this fight foreshadows some of the ways we will likely go to war in the future. We will need highly skilled and trained forces who can act swiftly on battlefield intelligence and stay several steps ahead of our adversaries.

The great World War II Air Force leader, Gen. Hap Arnold, lamented that the problem with airpower is "we make it look too easy." The fight against ISIS is heavily reliant on a modern version of airpower and reminds us of Arnold's words. Finding and eliminating ISIS fighters, who care little for human life and the safety of others, is anything but easy.

For the Airmen we lead and serve, this is the latest chapter in an ongoing story in the Middle East, where we have been in continuous combat for 26 years. Since Desert Shield and Desert Storm, Airmen have served on the front lines in the region, providing stability and, when necessary, lethal combat power. The fight to eradicate ISIS is one that our nation, and our military forces, should be proud of - especially on this day.

Dr. Heather Wilson is the secretary of the Air Force.