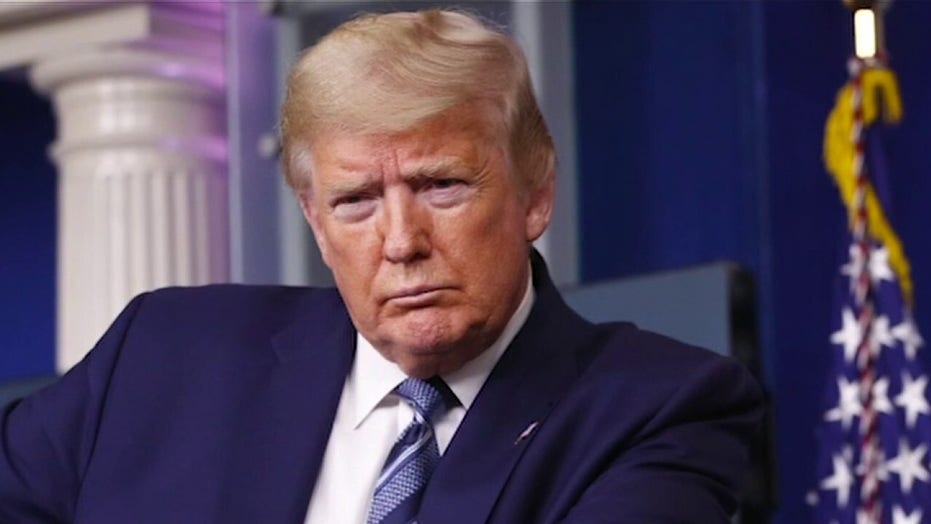 Foreign policy doesn’t stop for turmoil here at home. The U.S. can’t afford attention deficit disorder overseas. That is doubly true for meeting the challenge of China, the most consequential test this generation could see in its lifetime.

Last Friday, President Trump rolled out a number of punitive measures designed to discourage the increasingly aggressive and threatening Chinese Communist regime. The action fully comports with the administration’s recently published China strategy, a document that explains the rationale for how the U.S. has dealt with Beijing over the last three years.

Last week’s sanctions were just more of the same — and were absolutely the right move.

Going forward, we need to stick with what we know works.

Diplomats often talk about “linkage,” where countries trade-off concessions on one issue to gain an advantage in another. That kind of barter won’t work in the complex relations between Washington and Beijing. The U.S., for example, was wise not to compromise with Beijing on trade in hopes the regime would help out with North Korea or the South China Seas.  It wouldn’t.

Washington was right to handle each disagreement on its own merits. Last week, regardless of what else is going on between the two countries, even as we implement the trade deal, the president was right to threaten Chinese leaders with human rights sanctions.

No. 2: Pursue the Harder Right

Predictably, last week the president was criticized for revoking the special trade privileges that Hong Kong had enjoyed with U.S. because of its status as an autonomous region of China. The administration, however, was just following U.S. law; it requires the administration to review Beijing’s breeches of its commitments to respect the political and economic freedom of the Hong Kong people.

This action may lead Beijing to think twice about the scope of the new security law it is drafting to punish freedom-loving Hong Kongers. If the government insists on depriving them of their rights, the only party responsible for hurting Hong Kong is the Chinese Communist Party, which had committed to respect the guarantees made to the people of Hong Kong.

The U.S. can’t ignore such tough choices. In the end, holding China accountable for its misdeeds is always the best policy. Otherwise, Beijing will regard Washington as nothing more than a speed bump to its global ambitions.

To get — and keep — Beijing’s attention, Washington needs to target the regime with meaningful measures. That includes hitting them where it hurts the most: in the pocketbook … repeatedly.

No. 3: Keep Your Friends Close

There is a free world. If it doesn’t hang together to push back on Chinese malfeasance, the future of those freedoms will be in doubt.

Critics may disagree on the president’s decision to withdraw from the World Health Organization (WHO), but there is no question that U.S. criticisms have galvanized the international community in demanding more transparency and accountability from the organization. We need now more of the same.

The U.S. needs to lead the free world post-COVID economic recovery, regardless of Chinese meddling. A G-7 plus meeting is a good format to do that, although there should be no place there for Russia. Russia has nothing to offer on free-market economic recovery and will only obstruct an honest discussion among democracies on how to deal with China.

No. 4: Stick with It for the Long Haul

To get — and keep — Beijing’s attention, Washington needs to target the regime with meaningful measures. That includes hitting them where it hurts the most: in the pocketbook … repeatedly.

The administration is looking into whether Chinese firms are complying with requirements to list stocks on U.S. exchanges. This comes in the wake of reports that the Chinese company Luckin Coffee falsified reporting on business activities.

China needs access to U.S. financial markets; a consistent campaign punishing them for abuses will definitely get their attention.

No. 5: No Self-inflicted Wounds

Job one is to get America up and running again. Policies have to protect our freedom, prosperity and security as effectively as they deal with China.

The president’s announcement on restricting Chinese students at American universities and research institutes is a good example. Well over 300,000 Chinese students study in the U.S. each year. Many have engaged in spying, intellectual property theft and political activity on behalf of the Chinese Communist Party.

The administration is right to start to crack down on this illicit activity. It sends a powerful warning to China that it could lose access to the American university system if the regime does not curb its worse abuses. This is the kind of prudent policy that strikes the right balance.