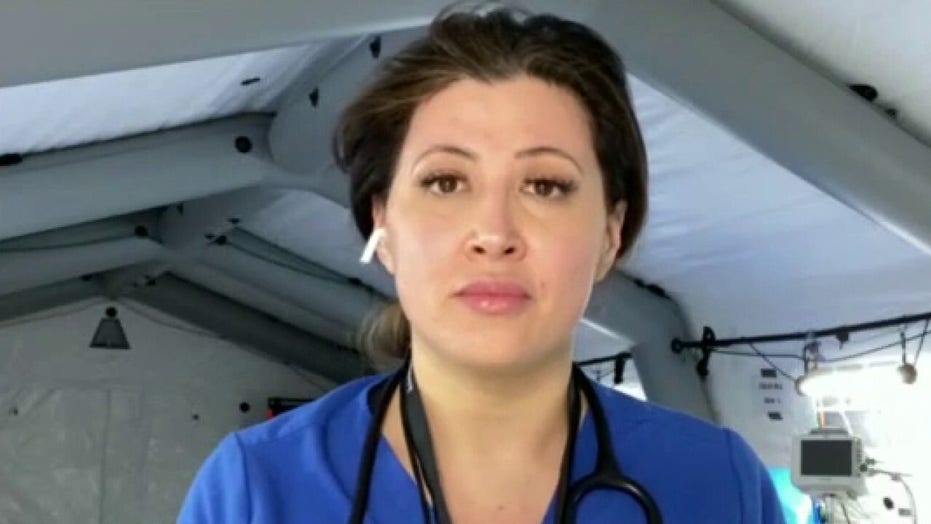 Doctor opens up about treating Ukrainians during the war

I'm an American doctor currently treating desperate innocent Ukrainians—women, children and the elderly—who have been lucky enough to escape the Russian military by fleeing to Lviv in Western Ukraine and then onward to other countries.

I helped organized a medical mission to Ukraine/Poland because it’s God’s calling to serve. I’m blessed to be a doctor and take care of others and I felt I needed to help those in need.

I was sponsored by the Children Are Medical foundation "CHARM." This is a foundation that serves underprivileged children -- it got involved because over 1 million of the refugees from Ukraine are children. I am also a "DART" a member of the disaster assistance response team with Samaritan’s Purse.

The medical professionals here in Lviv need the Biden administration’s help and we need it now. Not providing tools and resources is condoning murder and contributing to death and destruction of many homes, disrupting millions of lives.

What I provide care for and manage is gut-wrenching, and even worse, avoidable. A frail 84-year-old patient, fled his home in Kherson after it was bombed and destroyed by Russian artillery.

It’s so heartbreaking to see innocent lives turned upside down.

He told me he had not eaten for four days, he was disheveled. He was suffering from chest pain, and we scrambled to find a defibrillator and an EKG machine. The EKG machine was from the 1970s. He died.

We need defibrillators and EKGs, now. 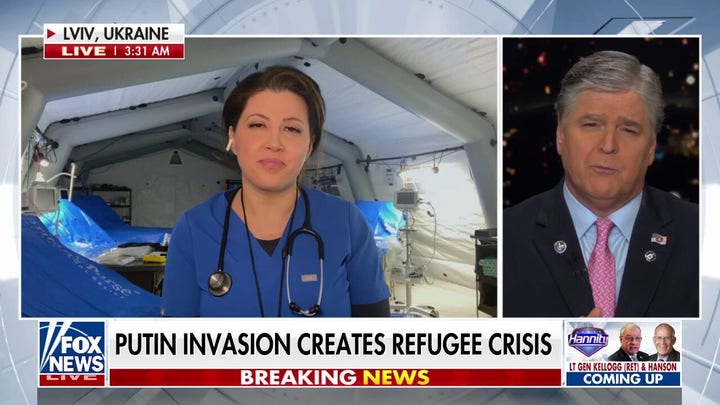 An orthopedic surgeon in Kiev operating on wounded Ukrainian soldiers advised me that he is in desperate need of surgical hardware supplies. We do not have what he needs.

Another patient was suffering from a viral illness that was likely contracted on a commercial crowded train. The patient had severe vomiting and diarrhea—potentially deadly in a war zone resulting in extreme dehydration. I was able to locate a few bottles of Zofran, a simple drug that addresses precisely these symptoms. But we did not have enough. 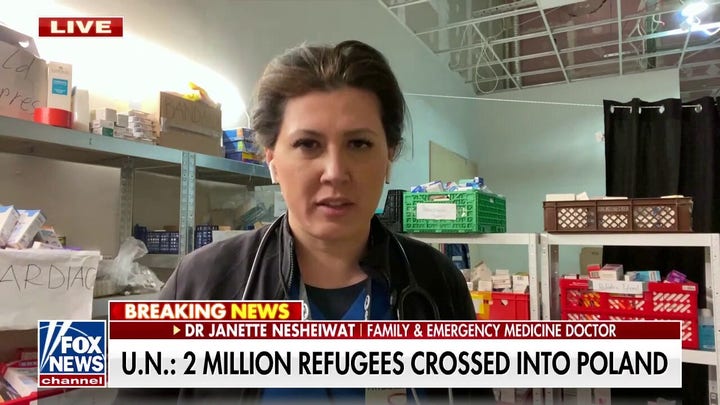 There are not just bombs falling from the sky in Ukraine. Medical facilities, hospitals, schools and medical professionals are under attack.

Russians will attack or kill you and steal your supplies.

I was personally harassed and nearly attacked by a group of Russian saboteurs or spies. My heart was pounding I was more scared of this bearded Russian man in my face than when a bomb hit 8 miles from our camp in Lviv.

A retired U.S. Marine literally stepped in to protect me. Those Russians disappeared, along with some of our medical supplies. 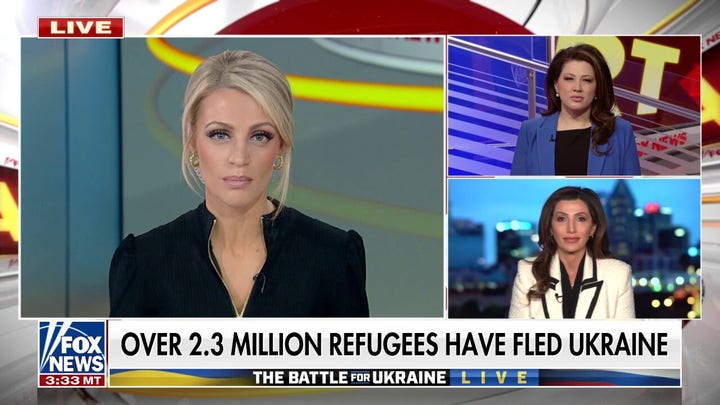 I was angry at first but I wondered if they were taking them to treat young naive injured Russian soldiers- we are all human and any loss of life is tragic.

I can make a guess: Russian President Vladimir Putin is not only attacking medical facilities in war zones from the sky and with artillery, but he has sent thugs to harass and intimidate foreign medical professionals like me on the ground who are desperately trying, under difficult circumstances, to help. And he is making it as difficult as possible by interfering with our medical care.  I do not have the words to describe how despicable this is.

The emotional and psychological trauma is taking a physical toll on everyone, especially those fleeing active combat zones. In addition to severely infected odorous wounds, fractures, some of my patients had deadly blood pressures 220/120 but then it became a common vital sign.

I'M IN POLAND HELPING UKRAINIAN REFUGEES, AND SEEING THIS CRISIS FIRSTHAND IS SHOCKING

Another attempted suicide, even after escaping the active war zone. His self-inflicted wounds were being treated. He is not the only one.

The anguish is extreme.

I asked one of my patients who fled Sumy, what was the most difficult part of your journey?  She told me it was her train was being attacked and shot at while trying to escape! 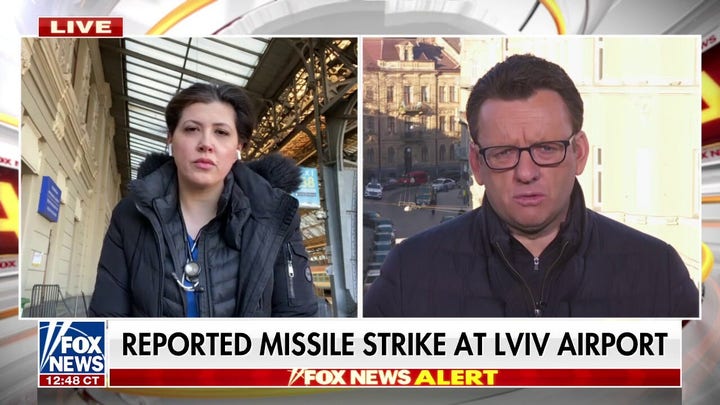 One morning while working in the mobile medical tent at the base of Lviv railway, the conductor rushed toward me, grabbed my hand took me across the train track to attend to a collapsed woman needing care.

I treated an 8-year-old girl who had a complex finger laceration she suffered when escaping Russian military forces. It was crushed swollen, infected, and at high risk of loss but we saved it. Likewise, a malnourished infant, in distress, is now getting the care he needs.

My colleagues and I are at risk. We are willing to take that risk. But we need supplies. We need medicine. We need surgical equipment. And we need some measure of security so that we can do our job. We need the Biden administration to step up like that retired U.S. Marine who stepped in to protect me, and to do more than talk about aid—we need the Biden administration to deliver.

While working in Lviv air raid alarm sirens went off.  It was surreal, a million thoughts went through my head. I was at the train station caring for patients -- we had to take shelter under tunnel it was cold dark and dreary. How long would we be there? Security told us eventually these sirens will mean a real strike.

While a man underground was giving out orange soup, I wondered, how safe is it to be there underground? Will we be trapped by rubble? Will I see my family again?

Days later, as I lay in my sleeping bag, I heard the sirens go off again. Sadly, this time the ruthless Russians did strike Lviv, a few miles away from me.

I could clear see a massive gray smoke cloud. After clearance, we drove bank to the mobile medical unit I was working in a tent at the base of the stairs at a railway station where refugees were coming in.

We wanted to help patients who we knew were on the train for days at a time and who would be sick or injured lacking medicine or needing wound care.

It’s so heartbreaking to see innocent lives turned upside down.

Putin was bombing children’s hospitals and maternity wards -- this means nothing was off limits for him. He strikes with no regard for human life. There is no punishment that could ever be enough to make up for the irreparable damage.

One refugee who recently escaped Kiev named Svetlana recited poetry to my colleagues and I working here in Lviv with tears streaming down her face. She explained her situation: she was relieved to be alive but devastated that her country was being destroyed piece by piece.

America is the most capable country. We should be doing the most to support Ukraine, help reduce suffering and save lives.

America is a country of compassion. It has the generosity of spirit and the ability to provide what Ukraine needs.

Now is the time to deliver on the promise of American compassion.