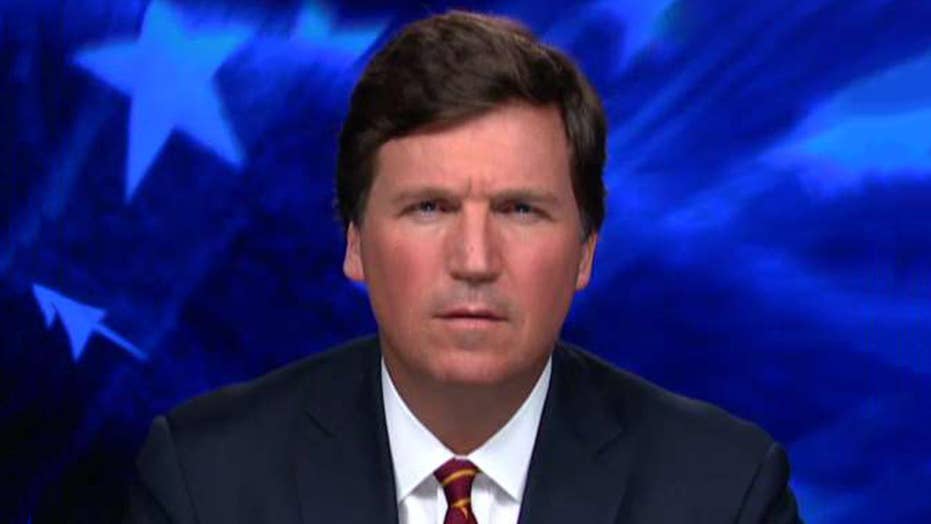 Tucker: Another recount crisis in Florida

It's very possible that Democrats will now win two races that they lost just the other day.

For the second time in living memory, there’s an election recount crisis in the state of Florida. Just last week, Republicans Rick Scott and Ron DeSantis defeated Democrats Bill Nelson and Andrew Gillum in the Senate and gubernatorial races there. The results seemed to be conclusive at the time. --  They were reported on this, and every other news channel, on Election night.

Yet just 6 days later, it’s very possible that both those Democrats will win those seats, the ones that just the other day they had lost. How did that happen, exactly?

Thousands of new and uncounted ballots appeared in Florida, mostly in Democratic-leaning counties, and changed the results sufficiently to trigger a statewide recount.

The recount is underway now, and the process is not inspiring confidence in the system.

It’s easy to find yourself thinking this way if you believe politics is a holy war.

President Trump has complained about it, as have plenty of other people, including some journalists and Senator Marco Rubio of Florida. But it turns out that’s not allowed.

To restate the rules, in case you've forgotten: When a Republican wins an election, it’s fine to question the legitimacy of the process. Democrats have been doing since the days Trump was elected two years ago. That’s patriotic. It's your duty. But when the Democratic Party’s power is at stake, raising questions about the process is wrong. Indeed it’s nothing less than the road to dictatorship.

"[Trump is] basically trying to undermine at every turn. It’s not just Florida," former Bill Clinton press secretary Joe Lockhart said recently on CNN. "He weighed in on Arizona. He weighed in on other races. He’s undermining the legitimacy of elections where he doesn’t like the results. And that is a hallmark of a failing democracy…of someone moving toward authoritarianism."

“He’s authoritarian,” scream the authoritarians. Meanwhile, defending the results of elections that have already been called is now the same as overturning elections.

Nancy Pelosi, likely the next Speaker of the House, explained it on CBS's “Face the Nation" when asked by host Margaret Brennan what is happening in Broward County, Fla.

"My experience with the president is any time charges somebody with something, he’s just projecting what he might have done himself," Pelosi said.

“Suppression.” Nancy Pelosi didn’t use the word accidentally. The term is meant to evoke images of a darker time in American history, a time of night riders and burning crosses, a time very few living Americans remember personally but that lives in our collective memory.

This kind of talk can be politically useful. That’s why they do it, that's why it’s a theme on the left, in case you haven’t noticed.

In Broward County, for example, ballot counting is overseen by a woman named Brenda Snipes. Snipes was previously caught illegally destroying ballots. This time around she’s apparently mixed invalid provisional ballots with valid ones. That sounds bad. But don’t you dare criticize Snipes for the way she does her job. According to MSNBC, the only relevant fact about Brenda Snipes is the color of her skin. Here’s this recent moment from the cable network:

"Here is the way they are treating Brenda Snipes, who is the long-time Election Supervisor there, who by the way is an older black woman in the Deep South," said MSNBC's Joy Reid as she introduced video of protesters chanting “lock her up” at Broward County elections headquarters and President Trump simply stating, "If you look at the person, in this case, a woman, she has had a horrible history."

In case you’re wondering what demagoguery looks like, you just had an example it.

But why now? Democrats are acting like they’ve somehow been robbed of power.

Yet, in elections just last week, Democrats gained power. They retook the House of Representatives after eight years. They added several governorships. They nearly broke even in the Senate.

It wasn’t enough. They want more. And they’ll use any means necessary.

In Palm Beach County, the county canvassing board disqualified a vote because it was cast by a non-citizen. Non-citizens aren’t allowed to vote in federal elections. It’s illegal.

It also never happens in this country. Ever!  We’re told that again and again, and anyone who disagrees is racist. But in this case, it actually did happen. Nobody disputes that.

The Democrats’ response: Attorneys for Gillum and Nelson said the vote shouldn’t be disqualified. They objected to the disqualification. Because the only thing that matters to them is winning.

It’s easy to find yourself thinking this way if you believe politics is a holy war.

To a religious extremist, an election isn’t a contest between fellow Americans who disagree on policies. It’s an existential battle between good and evil. Evil must be vanquished, at all costs, no matter what.

New York Democrat Sen. Kirsten Gillibrand has reached this conclusion. Gillibrand isn’t an obvious candidate for America’s leading moral voice. -- She was a longtime friend and defender of Harvey Weinstein’s, for example. But listen to her now, preaching like it’s the last Sunday in Lent. She is so upset, that she told “The View” she just might have to run for president.

"I’ve been thinking about it because, as we said earlier, what President Trump has been putting into this country is so disturbing, so divisive, so dark, that I believe that I’ve been that I've been called to fight as hard as I possibly can to restore that moral integrity, that moral decency," Gillibrand said. "So I’m thinking about it.”

Moral Integrity. Moral decency. That’s what Democrats are telling you they are defending. And if you think about it for a minute, that's worrisome. People who know how deeply flawed tend not to overreach. But when you’re a holy warrior, on a mission from God, what won’t you do?