Apologies aren't something you often hear on "Tucker Carlson Tonight" or any other cable news show, but we are offering one, anyway.

There is no lawsuit forcing us to do it and no court order making us do it or skittish advertisers. We're sincere with this; we mean it. It has to do with Joe Biden.

Biden, as you know, is planning to run for president again. He has been back in the news this week, in all the wrong ways, after a series of women accused him of inappropriate physical contact. Biden's first accuser, Lucy Flores, described what it was like to have the former vice president kiss the top of her head. "I felt him get closer," she said. "He leaned in and he was, like,right behind me on my body, and he leaned down, smells my hair, and then plants this big, long kiss on the top of my head."

Another accuser, a woman called Amy Lappos, remembered that Biden once gave her an unwelcome Eskimo kiss. And then on Tuesday, two more women came forward. One of them recounted that Biden had once hugged her "a little too long."

This is how presidential campaigns die. So, desperate to end the story, Joe Biden released a statement on Wednesday, promising not to touch strangers anymore.

"But I always believe, governing -- quite frankly, life for that matter -- is about connecting, about connecting with people," Biden added. "That won't change. But I will be more mindful and respectful of people's personal space, and that is a good thing."

There is something sad -- pathetic, really -- about watching a 76-year-old man apologize for not understanding selfie culture. You'd hope that your own golden years would be a little more dignified than that. But Biden is a politician, and he had no choice. They drove him to it -- and so did we. And that is the point of the apology.

The last thing this country needs is more aggrieved people who think they have been assaulted because a senior citizen hugged them wrong. And so we apologize for adding to that nonsense and anti-human hysteria.

When the story first broke that Biden had been passing out Eskimo kisses and sniffing other people's hair, it was irresistible. You couldn't not laugh at it, and we heartily did. We mocked Joe Biden as a compulsive hugger, a cuddler run amok. It was too amusing.

But what we should have said, every bit as loudly -- and what we apologize now for not saying -- is that hugging is not sexual assault. Eskimo kisses are not rape. That used to be obvious. It's not obvious anymore. And so we are sorry for helping to blur the distinction between human affection and coercive immoral behavior. The last thing this country needs is more aggrieved people who think they have been assaulted because a senior citizen hugged them wrong. And so we apologize for adding to that nonsense and anti-human hysteria.

None of this, by the way, is in defense of Joe Biden the man or his run for president. We disagree on a lot of things. Just a week ago, we told you about his craven and absurd claim that America should get rid of our English legal tradition. Biden says things like that all the time, and we will keep criticizing him when he does.

But hugging people is not a sin. Sorry. It's not, even if many on the left would like to criminalize it. Nancy Pelosi described the lessons she has drawn from watching Joe Biden this way: "I don't think it is disqualifying because I think disqualifying is what your intention is. I do think this is about communication in general. Beyond this. I'm a member of the straight arm club. I mean, I'm a straight armer, and all of this [means] just pretend you have a cold, and I have a cold." 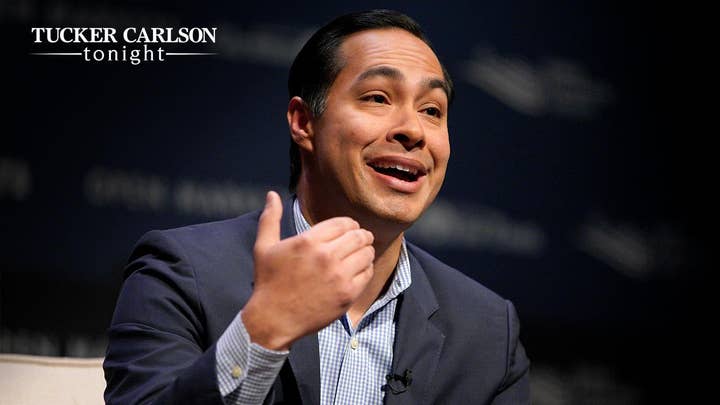 Let's pretend we all have colds. That is the world Nancy Pelosi demands we live in.

But what kind of society is that? A place where everyone has a cold. It is a sick society. It is a cold and antiseptic place -- a fearful place. A society where censors watch and judge your every action. A place where it is unwise to get too close to other people.

In a society like that, exuberance and human warmth are too risky to display in public. It is a joyless PC hell. Nancy Pelosi and so many on the left already live there. You can see it on their faces -- they are miserable and afraid. They insist that we join them.

We won't go. A country where you're afraid to touch other people is a country we don't want to live in.