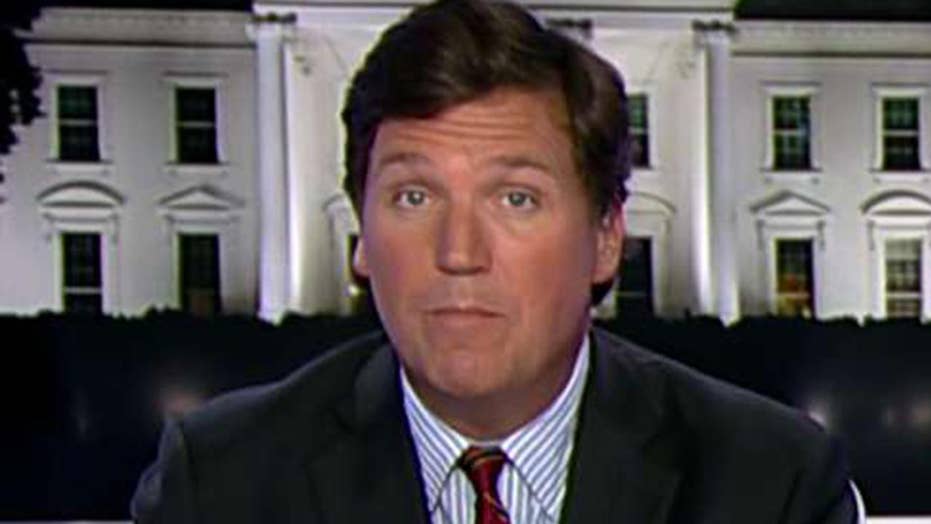 Tucker: It wasn't 'spying,' it was 'investigating'

On Tuesday, the Washington Post, our hometown newspaper here in the nation's capital, published an op-ed by former FBI Director Jim Comey. In the piece, Comey explains that whatever surveillance the Obama Justice Department conducted on the 2016 Trump campaign was entirely justified and within bounds -- nothing weird about it at all.

Yes, American citizens were monitored electronically without their knowledge, but it wasn't spying. Of course, it wasn't "spying." It was "investigating." It was done for your own good. And if you don't like it, you're unpatriotic and possibly, mentally ill. That's Comey's position.

What the op-ed did not contain was any evidence at all that what he said is true. Comey is a bitter partisan with a long history of shading the truth. But he suggests you've got to trust him anyway. It's your duty to trust him.

Okay, well, here's another idea. We could see for ourselves exactly what happened in 2016. We could declassify all the relevant information and then make it public. That way, we wouldn't have to take anyone's word for what happened -- Comey's word, President Trump's word, or anyone else's word.

The president has suggested doing just that. The left is outraged by the idea.

"Trump has every reason to believe Barr will use his new powers to aid the President's anti-deep state propaganda efforts," MSNBC host Chris Hayes said to viewers. "Trump giving Barr unilateral authority over classification is just a huge deal in the world of Intelligence agencies. Barr will be able to override other agencies' independent classification determinations. And the goal of all this here seems pretty clear. It's basically to give Sean Hannity material for his television show. So the plan, as it appears now, is essentially a kind of purge of the ideologically suspect members of the intelligence apparatus."

It's a purge, like Joseph Stalin! Unless we stop the release of this information, people will die! That's what they're telling you. Just another day of balanced news coverage on MSNBC.

Keep in mind, as you watch and rewatch that clip, that Chris Hayes is not a flack for the CIA. He's a member of the national press corps. But he isn't arguing for openness -- just the opposite. Hayes is using his position as a public advocate to argue against giving the public more information. These are not military secrets, by the way, or the names of U.S. agents working undercover overseas. The information in question is about how the FBI spied on Americans while investigating crimes that we now know did not occur.

So what could possibly be the justification for keeping all of that secret? Really, the only justification would be to protect the intel agencies from embarrassment. That's what they fear. And that's exactly why the former director of the CIA, John Brennan, and so many others are anxious to preserve the veil of secrecy.

"I think it's critically important that the counterintelligence professionals continue to carry out their responsibilities and resist these unwarranted and very, very irresponsible efforts to try to undermine what they're doing," Brennan said on MSNBC.

So John Brennan thinks it's risky, unwarranted, "very irresponsible" to let American citizens know whether their law enforcement agencies abused their power. That kind of transparency is, again, irresponsible.

What if we applied the same standards to John Brennan himself? You know that after leaving the White House, Brennan was allowed to keep his security clearance, and that clearance increased his value as an employee once he entered the private sector. It allowed him, among other things, access to classified information, which he could then selectively leak to his colleagues at MSNBC.

So how does giving classified information to John Brennan help American national security? Well, it doesn't. It helps only John Brennan. Keep in mind, this is a man who has accused his political enemies of treason, a death penalty offense.

"This is nothing short of treasonous, because it is a betrayal of the nation," he said of Trump last year. "He is giving aid and comfort to the enemy. Treasonous is defined as a betrayal of trust, as well as aiding and abetting the enemy. And so that was the word that came to my mind."

What could possibly be the justification for keeping all of that secret? Really, the only justification would be to protect the intel agencies from embarrassment. That's what they fear. And that's exactly why the former director of the CIA, John Brennan, and so many others are anxious to preserve the veil of secrecy.

That was for Trump's "crime" of holding a press conference with Vladimir Putin last summer in Finland. He was talking with the Russian president. This is not stable behavior. John Brennan is exactly the sort of person who should not have a security clearance. Close to a year ago on "Tucker Carlson Tonight," we made that point.

Tucker Carlson: Brennan no longer works for the Federal government in any capacity. He holds no official post. And yet, according to two sources we spoke to exclusively today, Brennan retains perhaps the most valuable asset he had in government, a top secret security clearance. It is terrifying to think that John Brennan still has access to any of that information. Brennan is an out of the closet extremist. This is not a man who should have a security clearance.

So shortly after that aired, the president announced that he was revoking John Brennan's security clearance. That was July of 2018, almost a year ago. What happened next? Well, pretty much nothing.

Apparently, as of Tuesday night, John Brennan still has a security clearance, amazingly enough, as he works for MSNBC. According to the New York Times, the president's order was "hampered by aides who slow-rolled the president and by Justice Department officials who fought Mr. Trump on it." Keep in mind that Paul Ryan, then the speaker of the House, mocked the idea publicly when Trump said he was going to revoke Brennan's security clearance. 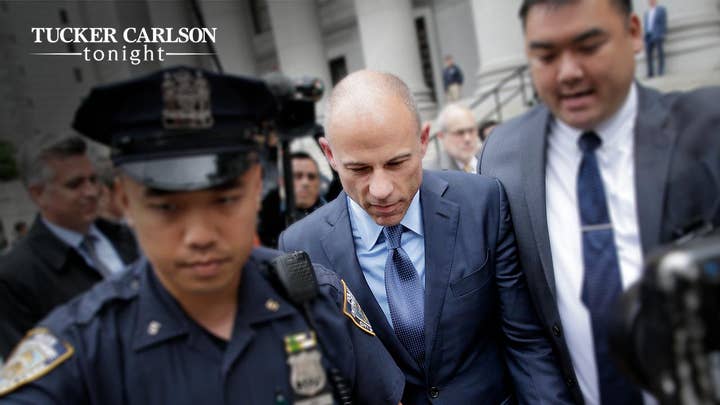 According to The New York Times, the same thing happened with documents that President Trump wanted declassified. The bureaucracy fought back against the elected president and won.

This seems to be happening a lot recently. According to Bob Woodward's book, on multiple occasions, Gary Cohn, the former National Economic Council director, prevented the president from pulling out of a trade deal simply by stealing the relevant order off his desk when he wasn't looking. The president ordered troops out of Syria last December, but that order has not been laid down. It's been delayed and mitigated again and again. Now, it looks like troops will stay in Syria indefinitely. In fact, we are now sending troops to the Middle East in even larger numbers, directly contravening Trump's campaign promises. And as we just showed you, the same might happen with the president's latest call for declassification.

John Brennan, among others, is calling for the bureaucracy to ignore the order. Think about that. Like so many on the left, Brennan is doing precisely what he accuses others of doing. "You're undermining democracy!" they screamed, even as they work to do just that.

How are they doing it? Well, to recap civics at its most basic level, all authority in representative democracy flows from voters. The president and the vice president are the only elected officials among the millions who work in the executive branch of government. If you subvert their policies ratified by voters, you are subverting democracy itself.

Brennan obviously knows that. He doesn't care. But the rest of us should care.