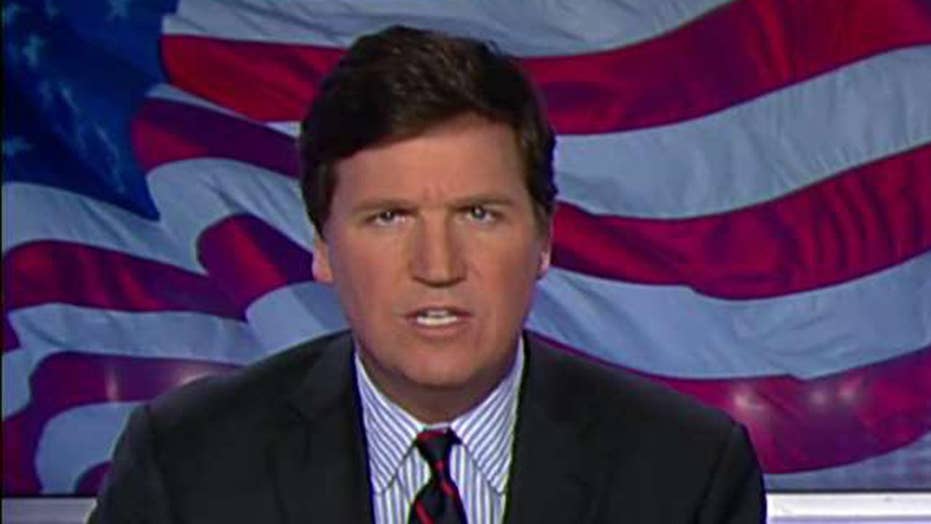 Tucker: Fox News is committed to free speech for all

Last summer, CNN reporter Kaitlan Collins was barred from a White House event after she asked questions the administration thought were too aggressive. As an organization, CNN has relentlessly attacked Fox News over the years. On the other hand, reporters ought to be allowed to ask hard questions of public officials. Executives here at Fox didn't hesitate. They loudly came to Kaitlan Collins' defense. So did "Special Report" anchor Bret Baier, so did this show.

Whatever you think of CNN, Kaitlan Collins is a great person. Defending her was not a tough call. Then the White House briefly banned CNN correspondent Jim Acosta. Jim Acosta is not a great person. He is awful. Ask anyone who knows him.

Still, Fox News stuck to principle. Even awful people ought to be allowed to cover the White House. Fox immediately filed an amicus brief supporting Jim Acosta's return to the White House press pool. Acosta got his credentials back. You may dislike Fox News. But there is no question about this channel's commitment to free speech. We defend speech, even when it's unpopular, even when the person speaking has attacked us personally.

Free expression is bigger than any one person or any organization. It is the very heart of this country. It's the foundation of all other freedoms. We really believe that. CNN and MSNBC do not believe that.

On Thursday, the DNC announced that Fox News has been banned from hosting any of the Democratic Party's 2020 primary debates. DNC Chairman Tom Perez went on television to explain that Fox News simply isn't a real news organization.

"At the highest levels of Fox News, they are not playing it straight," he said. "I do not have the confidence that we need to take such an important part of the nomination process, these debates and trust them to folks who at the top levels are consulting Donald Trump before they do anything. I couldn't do that."

So, that's a lie, and everyone in the news business knows it's a lie. Our news anchors don't consult Donald Trump or any other politician before asking their questions. They didn't in 2016, they don't now. They never will.

Tom Perez is arguing that a political party should decide who gets to cover the news. Amazingly, CNN and MSNBC agree with him. Jeff Zucker issued a public statement saying so. Zucker didn't do it in his own voice, of course, he prefers to lurk behind the curtain. Instead, he dispatched his creepy spokesman to deliver the party line.

"Fox has journalists like Bret Baier who do a good job," Brian Stelter, CNN's chief media correspondent, told viewers. "But every night in primetime, Democrats are demonized. They are attacked relentlessly by Fox News prime time hosts. It was always hard for me to imagine a Democratic primary debate taking place in those hours when figures like Nancy Pelosi and Alexandria Ocasio- Cortez are constantly demonized and attacked."

"They criticize Nancy Pelosi!" he screams. That's not allowed. They must be excluded. Needless to say, ubiquitous windbag, Anna Navarro, agrees with that, saying, "Fox News is tainted with partisanship. It's not irrational. It's not illogical for the DNC to wonder and suspect if they can get a fair shake from Fox News or if they will be set up."

You figured out the game by now. It's all projection. Everything the left says is projection. Whatever they accuse you of is exactly what they are doing -- every single time.

When CNN says this network should not be allowed to host a Democratic debate, what they are really saying is that disagreement shouldn't be allowed. They are making the case against compromise and against bipartisanship. We reject CNN's world view completely.

They say they are deeply worried that Fox News might rig a primary debate. Fox has never done that of course, and never would. Has anyone else done that? Well, let's see, in 2016 one of CNN's paid on-air contributors leaked a debate question to Hillary Clinton before the event. CNN tried to cover it up and then they got caught.

There is nothing more corrupt than that. Somehow their media reporter kid forgot to mention that scandal

"Fox is State TV," they will tell. It is monochromatic. There is a strict party line. Really? Ever watch Fox News? There is far greater diversity of opinion on this channel than on any other news channels. Those of us who have worked at the other news networks can confirm that conclusively because it's true. But spend a day watching our programming, and then theirs and see for yourself. Ask Jeffrey Lord, who was fired from CNN for the crime of defending Donald Trump too effectively.

They claim Fox management is partisan. That's not true. Those of us who work here know that. But just check Google for confirmation. Has any current Fox News executive ever publicly boasted about plans to run for political office? Nope. But Jeff Zucker has. Zucker is a partisan Democrat. He has said so many times and that may be why Zucker is so anxious to increase the partisan division in this country. That's exactly what he is doing by endorsing the DNC ban on Fox.

When CNN says this network should not be allowed to host a Democratic debate, what they are really saying is that disagreement shouldn't be allowed. They are making the case against compromise and against bipartisanship. We reject CNN's world view completely.

Yes, this is a divided country. We have genuine disagreements. They are real. But we are all Americans. We have more in common than we don't, and that's why you will often see sincere leftists on this show.

Sometimes we are tough on them. But just as often we will nod in vigorous agreement. We don't have to agree on everything to find common ground with someone. This is America. Nuance is allowed and you will see it here. You will never see anything like that on CNN or MSNBC. On those channels, people are the sum total of their voter registrations. You are either with Trump or you are against Trump. It's a zero-sum world. It's ugly and boring and incredibly divisive. We will never be like that.

The left embraces this view because it increases their power. They don't want debate, they consider compromise immoral. They say that. They demand total obedience. 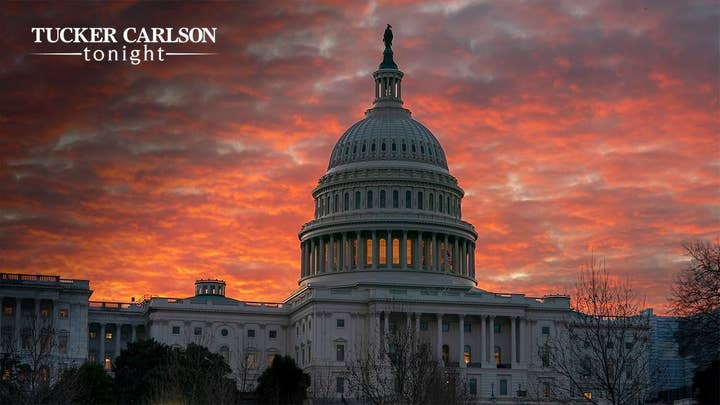 Around the world, the left is working to crush dissent as CNN applauds from the sidelines. In France right now, to name one among countless examples of it, former presidential candidate Marine Le Pen is facing criminal prosecution for tweeting out photos of atrocities committed by ISIS. Le Pen didn't endorse ISIS or its atrocities, no. Le Pen faces three years in prison simply for showing what fundamentalist Islamic groups actually do.

In Australia, Milo Yiannopoulos was just banned from entering the country on "grounds of character." Keep in mind that Yiannopoulos, whatever you think of him has never advocated violence. He has never even been arrested. Meanwhile radical Muslim clerics enter Australia all the time. Yiannopoulos is being punished purely for his political views and no doubt that is absolutely fine with CNN.

What you are watching across the west is a new form of social control. It's modeled on the vast system of surveillance and punishment that American tech companies have helped design for China's fascist regime. Step out of line and you will feel the pain. Big tech closes your social media accounts, your bank drops you. PayPal won't allow you to earn money online. Amazon bans your books. You can't travel abroad. You are a nonperson.

CNN won't say a word about any of this. They haven't. They cheer. "You are a bigot," they will say, motivated by hatred. They seem to have no idea they are describing themselves.