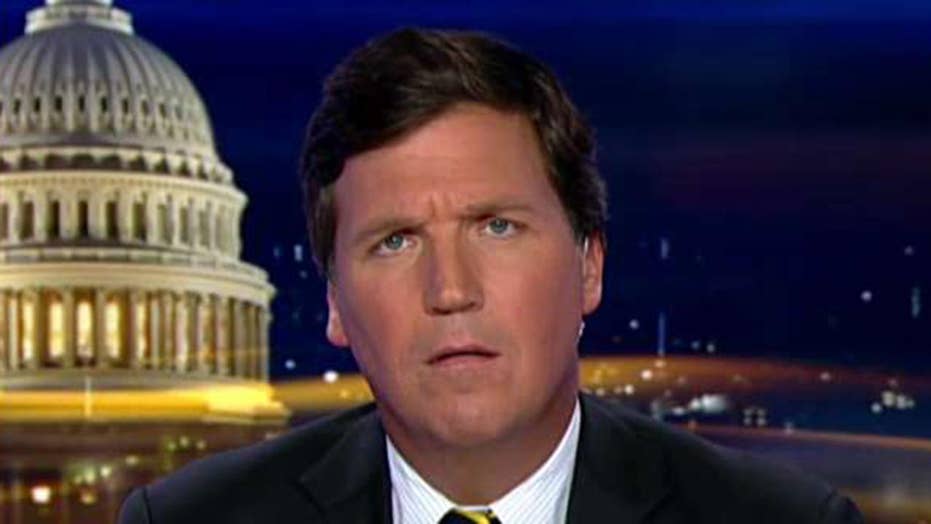 Tucker: Our immigration system is a joke

For months and months, all the little Democratic Party mouthpieces you see on television, which is pretty much all of them, lectured you about how there was absolutely no crisis on the Mexican border, and you have to be some kind of white nationalist freak to think otherwise.

Those caravans, they told you, were a racist mirage. Everything is fine -- shut up and obey, or we will kick you off YouTube.

Now, suddenly, you are not hearing many people say that. It's too obviously untrue. It's a lie too implausible even for cable news. Everyone knows our immigration system is a joke. All of Central America understands that. Show up with a minor in tow, and you are in. We can never make you leave. Thousands arrive every day to exploit our weakness now. Millions more are coming. It turns out the average Honduran migrant knows a lot more about our immigration system than the entire primetime lineup on CNN.

If there is at least one person that knows even less than your average cable news anchor, she is a new member of Congress -- the loudest one. She still thinks the whole immigration question boils down to racism. If you are for borders, you are a racist. Period.

"Guess what? I'm 29. I'm the youngest woman to ever be elected to the United States Congress. I have plenty of time to learn and I'm not afraid to make mistakes and iterate in public, either," said Rep. Alexandria Ocasio-Cortez, D-N.Y., in an Instagram video. "And, frankly, if the mistakes that I'm making are just a one-off, like a rhetorical thing, you correct it, acknowledge it and move on. At least I'm not trying to cage children on the border and inject them with drugs. That's not a mistake. That is a deliberate policy to attack people based on their national origin. That's not a mistake. That's just hatred. That's just cruelty. That's just wrong."

Well, like a lot of narcissistic children, Ocasio-Cortez does not believe in honest disagreement. Everything is a moral question. If you agree with her, you are virtuous. If you don't, you are a monster. There can be no compromise. Policy debates are pointless. There are only the battles between good and evil.

If you are on the side of good, which is Ocasio-Cortez's side, of course, you have endless leeway. You don't have to know what you are talking about. You can wade half-cocked into the country's most important debates, prove yourself an idiot and as she just put it, move on. No problem.

But if you are on the side of evil -- the other side -- watch out. There is no mercy for you. There is no forgiveness. Nothing about you is good. None of your motives are pure. You exist only to hurt and destroy. You are like a demon in a horror film.

"The reason Republicans hate me so much is because I confront them directly. Their moral -- their lack of moral grounding on so many issues," Ocasio-Cortez says. "And, not just that, but the reason they are so upset, and they act like that girl in 'The Exorcist' that's like vomiting pea soup, that's like them and negativity."

"Negativity." That's what the activist left now calls disagreement. They are not interested at all in what anyone outside their tiny little world has to say. Every day, you see Democratic presidential candidates endorsing some new policy that has pretty much zero public support. But it sounds like something "woke" baristas in Brooklyn would be excited about. Banning ICE. Ignoring federal immigration law. Giving amnesty to millions. Decriminalizing illegal border crossings, which is to say totally open borders. Anyone can come. When they get here, give them free stuff.

Nobody really wants any of this; even most of the people saying it know it wouldn't work. The public would revolt if you tried it. If half of Guatemala moved here tomorrow, which is exactly what would happen, it wouldn't help anyone. This is all fantasy. Countries have borders. That's what makes them countries.

Someday, the AOC moment will pass. It's too stupid to continue. And at that point, sober Democrats will wake up and rejoin the adult conversation and progress. What do we want from our immigration system? Well, here are some of the questions they should have to answer when that happens.

First and most obvious, how many immigrants should we admit every year? What's the ideal number? We currently take a little over a million every year, legally. Should we double that to over two million? How about 10 million immigrants a year? How about 20 million? Is there any number that's too high? And if so, why?

And if you are pushing to increase the size of our population -- and they are -- what's your plan for keeping our natural environment pristine? Crowded countries are polluted. Every single one of them. Tell us why we should want that here?

What sort of skills and education should we look for in immigrants? Not all immigrants are the same. Some start wildly successful companies. Many others go on food stamps. They are not interchangeable widgets; they are human beings. Who should we prefer? What's the ideal level of education an immigrant to this country should have?

Big business doesn't want you to ask this question -- they like their immigrants low-skilled and cheap. Ocasio-Cortez does, too. But what happens when technology kills their jobs? (And it will.) All the major Democrats running for president take money from the technology barons, many of them support self-driving cars. So what do you do with hundreds of thousands of unemployed immigrant cab drivers? Do they all go on welfare?

Someday, the AOC moment will pass. It's too stupid to continue. And at that point, sober Democrats will wake up and rejoin the adult conversation and progress. What do we want from our immigration system?

And speaking of which, what sort of government services are immigrants entitled to, exactly? Democrats promise universal health care. Do immigrants get that, too? Who pays for it? How many immigrants can our system support? Do we have enough doctors and nurses and hospitals to treat the number of immigrants we want to admit? Same question for schools.

The real answer is, of course, nobody knows. Because as of today, we have no idea how many immigrants live illegally in the United States. Shouldn't we find out before we make more plans? And once we do find out, what do we do with them? Who gets deported? Anyone? Or do all of them get to stay? What if the real number of people living here illegally is north of 25 million? And that's entirely possible. That's bigger than the population of 48 out of 50 states. It's enough to change this country completely and forever.

Do all of them get citizenship and voting rights? What about gun rights? And do they immediately start paying into the Reparations for Slavery Fund that Democrats are now promoting? How do you explain that to them? Can we watch that conversation? 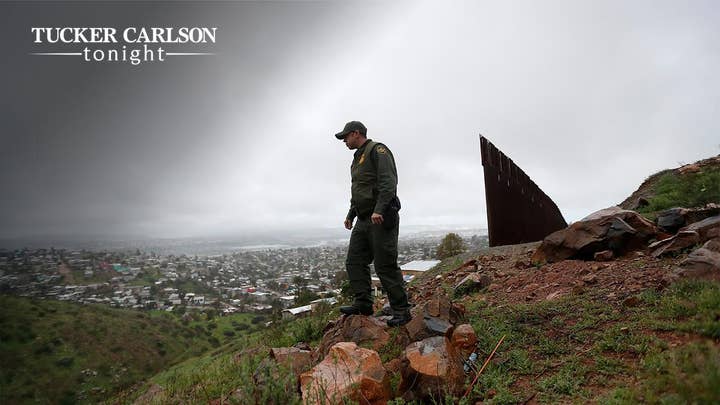 And finally, what about America's ideals? Democrats are always talking about values when the subject of immigration comes up. They quote from the poem on the Statue of Liberty and tell you about their grandparents. Well, previous waves of immigrants were asked to buy into this country's most basic ideals -- religious pluralism, free speech, political freedom, equality under the law. Our schools made them learn English and tried to instill patriotism. We called it assimilation. We thought it was critical to our social cohesion. Are we still for that? Do we still think we have values to impart? Or do we imagine that huge groups of people with nothing in common can share the same country without fighting each other?

It's an important question -- maybe the most important question of all. We never hear anyone ask it. Anyone who dares ask it is banned from Twitter. Instead, you hear the endless drone of self-righteous children barking about racism. That's not enough.

The decisions we make today about immigration are irreversible. It will help determine the health of the country we leave to our grandchildren. We should be a lot more serious than we are.