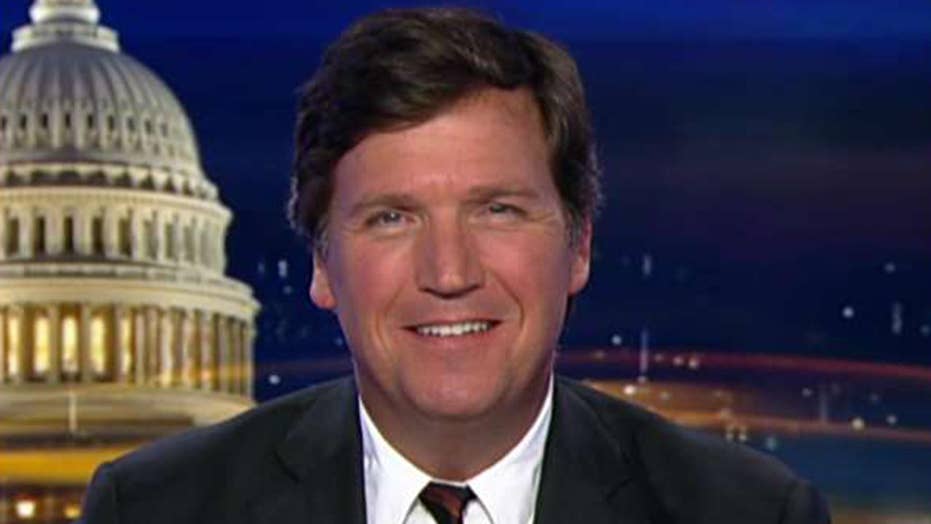 Tucker: Why aren't we laughing at Jussie Smollett?

On Tuesday, prosecutors in Chicago dropped all charges against actor Jussie Smollett. Smollett, you'll remember, was facing 16 felony counts for faking an elaborate hate crime against himself back in January. Police say Smollett hired two Nigerian bodybuilders to hang a noose on his neck, pour bleach on him and scream, "This is MAGA country!" Because that kind of thing happens a lot in downtown Chicago during the winter months.

Smollett then told credulous reporters he had been assaulted by two white racist Trump supporters.

Well, police still believe that Smollett was lying about all of that and so do prosecutors. They think he concocted the hoax and they said so, yet again, on Tuesday. And yet, the State of Illinois is somehow, for some reason, dumping the case anyway. In exchange for the $10,000 he has already paid in bond, Smollett will walk free. His record will be expunged. Everything will be return to normal, like it never happened.

Smollett described the decision as a victory, not just for him but for the broader cause of civil rights.

"I've been truthful and consistent on every single level since day one. I would not be my mother's son if I was capable of one drop of what I had been accused of," he said. "This has been an incredibly difficult time -- honestly, one of the worst of my entire life. But I am a man of faith, and I am a man that has knowledge of my history. And I would not bring my family, our lives or the movement through a fire like this. I just wouldn't. Now, I would like nothing more than to just get back to work and move on with my life. But make no mistakes, I will always continue to fight for the justice, equality and betterment of marginalized people everywhere."

Uh-huh. Okay. A couple of pretty obvious questions here. What is this "movement" Smollett refers to? Is he in contact with other perpetrators of fake hate crimes? Have they formed a union? Will they hold a convention? There are enough of them, so they could.

Jussie Smollett isn't getting off because he is innocent. He is not innocent. He is something better than innocent. He is famous. The charges against him were dropped because someone in power called someone else in power and said, "Let him go." None of this had anything to do with justice. It's the opposite of justice.

And how, exactly, has Smollett, who last we checked was an actor on a TV show, fought for the "justice, equality and betterment of marginalized people everywhere?" Was pouring bleach on himself part of that fight? How did the noose and the Nigerian bodybuilders figure into Smollett's struggle for justice and equality? And by the way, why aren't the rest of us laughing at this? It is just too absurd.

CNN doesn't think it is funny. They are taking Jussie Smollett very seriously, as they always have. Jeff Zucker's tiny spokesman emerged to declare the whole thing an unfathomable mystery of faith, like the Shroud of Turin. "We may never know!"

So, it looks like we are just going to have to agree to disagree on this whole Jussie Smollett thing. But wait, does anyone know any news reporters? They should have some free time these days, in the post-Russia hysteria. Maybe they could find out more about this.

For example, why isn't Jussie Smollett concerned about the two white racists he says attacked him? Shouldn't he be leading the charge to lock these villains up? According to Smollett, they are still on the loose. They are free to assault other hapless biracial TV actors who are just looking to get a Subway sandwich at 2 a.m. in the morning on the streets of Chicago. We need to stop them before they do.

What about the Chicago Police Department? It is led by an African-American chief, but that doesn't mean it is not part of the wider racist conspiracy. It must be. Chicago cops just framed Jussie Smollett as a liar and destroyed his reputation. And yet, for some reason, Smollett does not seem to care about that. He says he just wants to "move on." That's odd.

And what about the Nigerian brothers? Last month, both CNN and the Chicago Tribune reported the men had told police they had rehearsed the attack on Jussie Smollett. Was that a lie? Will Smollett sue them now for defamation? Other news outlets reported that police discovered rope, bleach and masks in the brothers' apartment. Apparently, Smollett's records show he was talking to the brothers immediately before and immediately after the attack he alleged. What was that all about?

Well, we could go on and on. But why bother? You know exactly what is happening here. Smollett isn't getting off because he is innocent. He is not innocent. He is something better than innocent. He is famous. The charges against him were dropped because someone in power called someone else in power and said, "Let him go." None of this had anything to do with justice. It's the opposite of justice.

Even in famously corrupt Chicago, what was happening was just too obvious. The mayor and the chief of police pretended to be very shocked by it, with Rahm Emanuel calling the series of events a "whitewash of justice." So, how did the state's attorney who dropped these charges answer that? Well, she issued a statement explaining that the charges against Jussie Smollett were dropped in part because of his "volunteer service in the community."

Okay, what was that service? Well, according to a news account, Smollett spent a total of 18 hours over two days at Jesse Jackson's lobbying organization, the Rainbow Push Coalition. While he was there, Smollett spent his time "stuffing membership envelopes, working in the group's bookstore to sell merchandise and critiquing its Saturday broadcast." He also "worked with the music director on a plan to build the choir." Apparently, the community was greatly enriched by all of this.

We should note that Jesse Jackson, who runs the Rainbow Push Coalition, is one of the most politically powerful people in the city of Chicago. It helps to have friends like that, and if you don't believe it, just go ahead and try it yourself. Go ahead and stage a fake hate crime in which you slander an entire group of people on the basis of their skin color and political beliefs. Then head over to "Good Morning, America" and conduct a tearful interview with a sympathetic Robin Roberts. 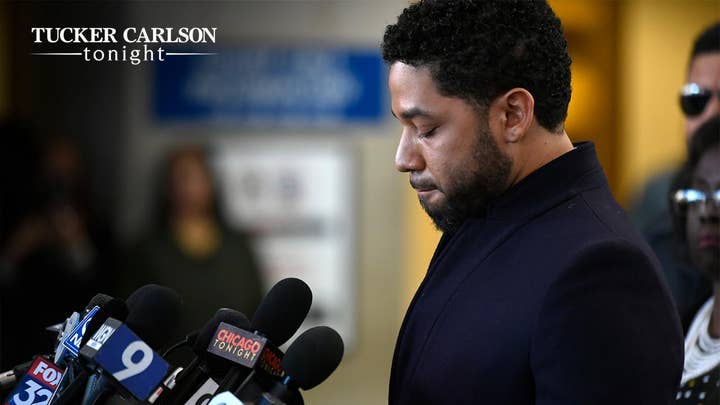 Describe yourself as a victim of systemic racism in this country, and then get caught doing it. Tell us how you do -- and then let us know when the visiting hours are. We will come see you in prison.

Smollett is not going to prison. He was smarter than that. He knew he would never be punished. He knows Jesse Jackson. He is friends with Kamala Harris and Barack and Michelle Obama. Don Lemon at CNN texts Jussie all the time on his cellphone and brags about it.

Jussie Smollett may claim to fight for marginalized people, but he is not one of them. In fact, he occupies the highest rank a privilege in our society. He is above the law.

Increasingly, there seem to be quite a few people like that in this country. You will recognize them because they are the ones always lecturing you about how bigoted and unfair America is. What they don't understand is that they are proving that point.