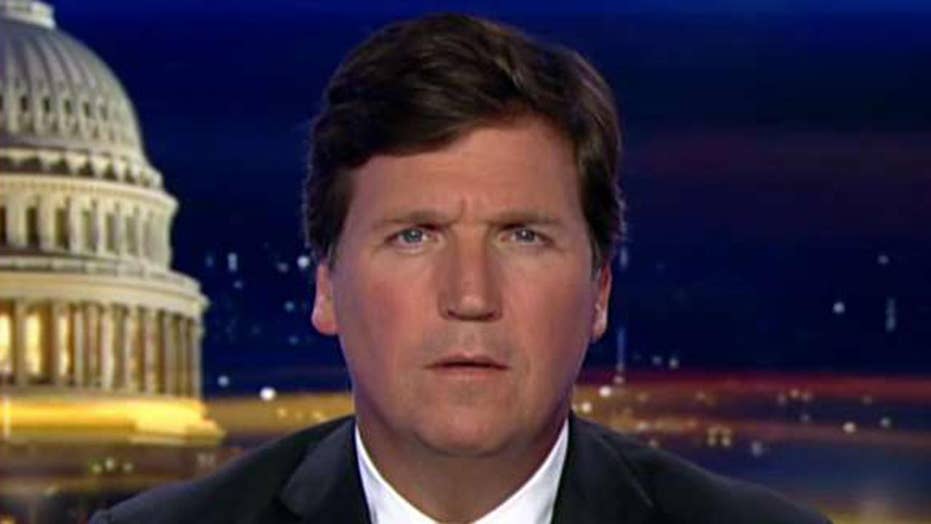 Tucker: Mueller has nothing more to say

At 11 a.m. Eastern Time Wednesday morning, former Special Counsel Robert Mueller made a rare public appearance, reading from a prepared statement from behind the podium at the Department of Justice. Mueller explained that he will not testify before Congress. Why? Because he's got nothing more to say. It's all in that 448-page report, which you can read online if you feel like it.

So why bother giving this speech in the first place? Well, Robert Mueller had a message he wanted to deliver. Not a message for you or me or the rest of the audience at home, but a message aimed at a very small group of elected officials in Washington.

Years of investigations could not produce a criminal charge against Donald Trump, but Mueller suggested Congress could still step in, saying, "The opinion says that the Constitution requires a process other than the criminal justice system to formally accuse a sitting president of wrongdoing."

"A process other than the criminal justice system." That's how a 74-year-old Anglophile might describe impeachment. It didn't take Democrats long to decode that message. Some are already calling for impeachment and had been for quite some time. Those who hadn't been got on board immediately.

Kamala Harris of California, who is running for president tweeted, "What Robert Mueller basically did was return an impeachment referral. Now it is up to Congress to hold this President accountable. We need to start impeachment proceedings. It's our constitutional obligation."

Beto O'Rourke, meanwhile, took a break from skateboarding to agree. "There must be consequences," he wrote. "Accountability and justice. The only way to ensure that is to begin impeachment proceedings."

And then from their seats on cable news sets across New York City, America's opinion generating class applauded heartily:

Ari Melber, MSNBC host: This was vintage Bob Mueller, no questions, no bull.

Glenn Kirschner, former federal prosecutor: That's the man Bob Mueller is. He is precise. He is factual. He is accurate. The man doesn't know the definition of hyperbole.

Chris Matthews, MSNBC host: I think a lot of us have been very supportive of Mueller and what he's done. He has worked very hard and done a really good job.

Man, can they suck up when they want to! A man never stands so tall when he stoops to kiss a butt. That's their motto. It's unbelievable.

When Robert Mueller said he couldn't prove the president didn't commit a crime, it was an odd and striking and honestly kind of a bizarre thing to say. The bottom line is that the evidence Mueller gathered did not support charges of collusion or obstruction of justice.

But you may be slightly confused, listening to all this. Democrats are demanding impeachment, and the press strongly agrees with that. They love Robert Mueller. But what will the crime be, exactly? What would the charges be in an impeachment proceeding? Would it be Russian collusion, the core charge?

Well, as Mueller himself conceded, there's no evidence that ever happened.

"The first volume of the report details numerous efforts emanating from Russia to influence the election," he said during his public statement. "This volume includes a discussion of the Trump campaign's response to this activity, as well as our conclusion that there was insufficient evidence to charge a broader conspiracy."

"Insufficient evidence." In other words, there was no crime. That's how it works. The same is true for obstruction, by Mueller's own admission. After two years, he and his subordinates were unable to find a criminal act.

"The report describes the results and analysis of our obstruction of justice investigation involving the president," Mueller said. "If we had had confidence that the president clearly did not commit a crime, we would have said so. We did not, however, make a determination as to whether the president did commit a crime."

"Under longstanding department policy, a present president cannot be charged with a federal crime while he is in office," Mueller added. "That is unconstitutional. The Special Counsel's Office is part of the Department of Justice and by regulation, it was bound by that department policy. Charging the president with a crime was therefore not an option we could consider." 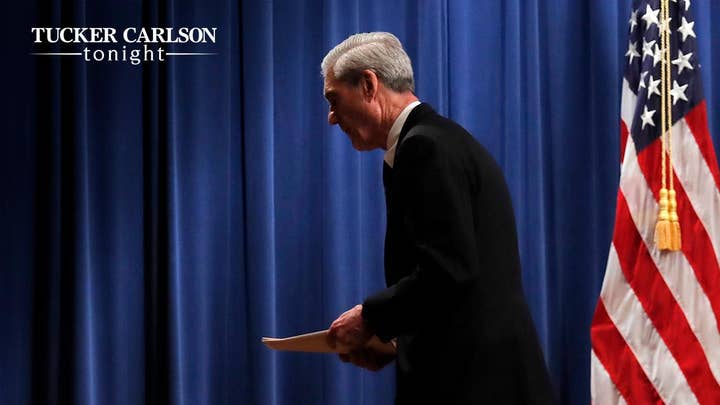 Yes, got that. We knew that, in fact.

So when Mueller said he couldn't prove the president didn't commit a crime, it was an odd and striking and honestly kind of a bizarre thing to say. The bottom line is that the evidence Mueller gathered did not support charges of collusion or obstruction of justice.

Yet, Mueller would clearly like to see the president impeached anyway. Democrats are likely to take him up on that.