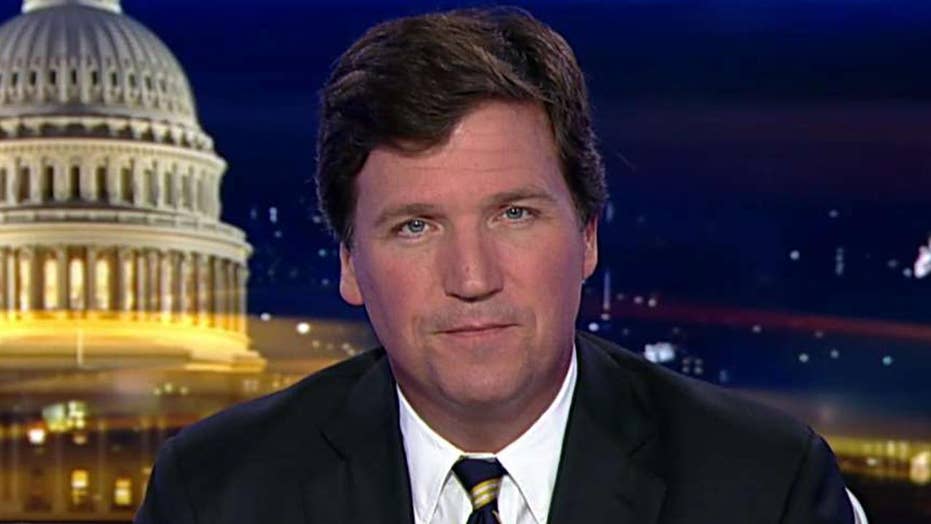 Tucker: Elections turn on issues that affect the country

The midterms were never going to be fought over Russia or Kavanaugh. This year, the three big issues are immigration, the economy and nationalism.

Tuesday is the day, as you well know, of the midterm elections and the noise levels are becoming almost unbearable. Everyone is posturing and trying to bully you into voting for this or that candidate and it’s all very loud. But pause for a second and consider what you are not hearing.

What is missing from this cacophony? For starters, there is hardly a word about Russia. Remember that dastardly Vladimir Putin and the collusion plot that hacked our democracy? Whatever happened to that? And while we are at it, what about Brett Kavanaugh? What about his high school yearbook and his purported teenage drinking problem and those gang rapes that he supposedly committed? What about those?

Those were the biggest stories in the world not so long ago, 24/7 on the other cable channels and those stories will define this election and it defines the entire historical era. Everyone on television told us that. Now, these are just fading memories. It turns out they were sideshows. The midterm elections were never going to be fought over Vladimir Putin or Brett Kavanaugh or just about anything else we spent most of our time talking about.

This election, like all elections, was going to turn on issues that actually affect the life of the country. This year there are three big issues: immigration, the economy, and nationalism.

The first is the most obvious. Immigration determines who lives next door to you. It determines who works in your office and who chooses your leaders. There is nothing more fundamental in any country than the question of citizenship.

Whatever Donald Trump doesn’t know, he definitely knows this. He’s been talking about immigration for three years now. And all that time official Washington has been trying to make him stop.

"The way that Donald Trump has been conducting this campaign, attacking brown people and making up stories about possibly George Soros funding caravans that are still 800 miles away to try to scare white voters," as heard on MSNBC.

In other words, shut up, racist. But Trump will not shut up so they have changed tactics. The new line is, immigration doesn’t really matter. The threat is hyped and only dumb people and bigots care about borders.

By the way, parties of both sides seem to believe this. Paul Ryan's office, let it be known to Politico yesterday, that the Speaker of the House begged the president to stop yammering about the caravan from Central America and start talking about something important like Paul Ryan's tax bill. That’s preemptive blame shifting obviously.

If the Republicans lose on Tuesday, Paul Ryan can point the finger at Trump rather than accept responsibility for not funding the wall that voters said they wanted. But it’s also a ludicrous position to take because it’s untrue. Immigration does matter. If, for example, Arizona and Texas go to the Democrats today, immigration will be the reason.

Those are Republican states until the population changed. So no matter how much you lie about it, immigration is inherently important and voters understand that. If you want people to stop worrying about the border, then you should secure the border and it won’t be an issue.

People are also worried about other things that Washington doesn’t notice or think is important. Here in Washington, the economy is synonymous with the stock market. Markets have boomed for 10 years and their entire cable channels are devoted to chronicling that boom.

Here in Washington the assumption is the economy must also be booming but the truth is after a decade of stocks going higher, the effects, the positive ones are still not very obvious outside of select zip codes on the coast.

In middle America people understand they will most certainly make less than their parents made which will be a reversal of the American dream. They know they won’t be able to buy cars or buy houses, they are not getting married or having kids.

Our current economic system makes it more difficult than ever than families to form. Washington should be absolutely panicked about this. It is the most basic sign of failure, their failure, but nobody in either party seems to care. Their answer is to import new families from other countries. So maybe it’s not so surprising that young people say they like socialism? Because what we have now is not working for them, and unless we fix that we may get actual socialism which will be a disaster.

And that leads to the third issue of this election which is nationalism. Despite what you are hearing day in and day out, nationalism is not a racial category. It has nothing to do with race or ethnicity. Nationalism is the belief that leaders ought to put the Interest of their own countries above those of other countries. It’s very straightforward. The president himself declared himself the nationalist of the other night:

"They have a word, it sort of became old-fashioned. It’s called a nationalist. And I said really, we are not supposed to use that word. You know what I am? I’m a nationalist."

Yet suddenly it’s an abomination.

Nationalist. Use that word. It’s a favorite of the alt-right and It’s loaded with undertones. And some use it as a slur against those in the administration often with anti-semitic overtones, which happens to make the president come right out and embrace nationalism openly. And claim that mantle. What has happened here?

So nationalism is now profanity. Twitter and Facebook will surely be banning that term if they haven’t already. But why? What exactly is going on here? Why are they so intent on stamping out not just a concept but the very word?

It’s simple. What you are watching is people protecting their own prerogatives. Globalization which is the opposite of nationalism has caused an enormous transfer of wealth from the American middle class to what we used to call the third world to other countries. American factories closed but the jobs didn't go away they just went to other countries.

Now some Americans got very rich from this and others got poorer. Rather than admit what actually happened though, the people who got rich are trying to make the people who got poorer shut up and stop complaining about it. A borderless world has been hugely profitable for them and that’s why they support it. Nationalism is their kryptonite so they must stop it. They scream racism and hope that nationalism will go away. Will it go away? Probably not. Because the core idea is appealing to people, all people in all countries over all time.

People want leaders who are, above all, on their side. They always have wanted that and they always will want that. That’s what we know. What we don’t know is what’s going to happen in the elections Tuesday. We won’t even guess, nothing would surprise us. We know what the real issues are because they are obvious.