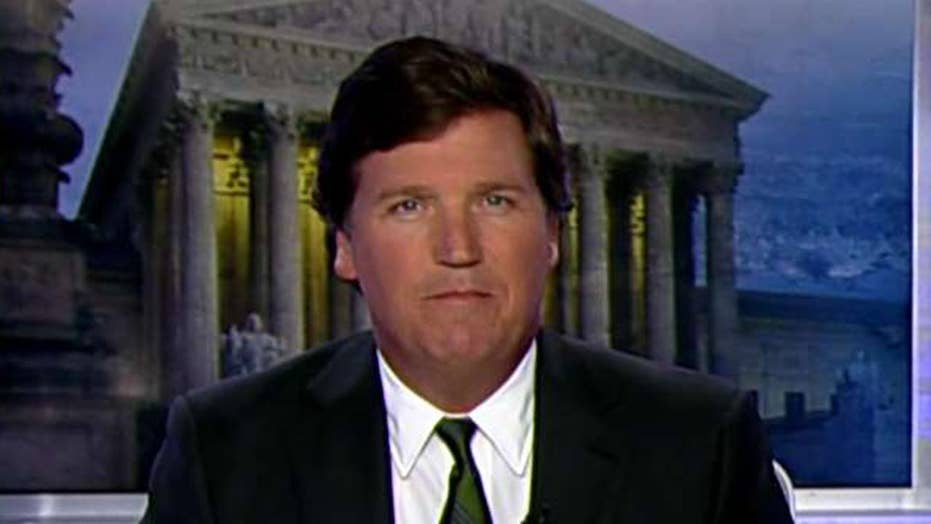 Believe it or not, it was a year ago this week that a constellation of left-wing activist groups cooked up a series of outlandish lies designed to keep Brett Kavanaugh off the Supreme Court.

The national news media, as you remember, joined the smear campaign. They repeated and magnified the slurs. But in the end, it was to no effect. Kavanaugh was confirmed anyway. Why? Because not a single allegation against him turned out to be true -- not one. And so the only lasting effect was to traumatize Brett Kavanaugh's wife and children.

And yet the left never to this day apologized for their dishonesty or their profound cruelty. Nor did they ever accept defeat. They never do accept defeat. Why? Because when politics is your religion, acknowledging reality looks like sin, and so it continues.

Over the weekend, The New York Times revived the attacks on Brett Kavanaugh. The newspaper ran a story, an excerpt from a book written by two of its reporters that claimed that while in college, more than 30 years ago, Kavanaugh exposed himself in effect to another student while drunk at a party. It was the flimsiest kind of charge. Where did it come from? Well, it came secondhand from a single classmate of Kavanaugh's, a man who worked as a left-wing activist, later worked for the Clintons, in fact.

So, 20 years ago, no credible news organization would have run a story like that on the basis of that sourcing. The Times didn't hesitate, and it was picked up everywhere of course, instantly. On NBC's cable channel, for example, they immediately denounced Brett Kavanaugh as a gang rapist.

Kavanaugh frustrates their political hopes. So any smear against him is acceptable, no matter what it is. But don't kid yourself. It's not just about destroying Brett Kavanaugh; he is ancillary. It's about destroying the entire legitimacy of our third branch of government, the judiciary.

Johnson added: "It amazes me that we have an administration that, out of the millions of people who are qualified in this country, of all races and genders, they consistently find men who beat, abuse and sexually assault women."

Democratic presidential candidates, meanwhile, demanded that Kavanaugh be removed by force immediately from the Supreme Court.

Julian Castro: What becomes clear is that he should be impeached. The House absolutely has the ability to impeach him.

Joy Reid, MSNBC host: And do you believe then that he is essentially a sexual predator or that he was at some point?

Castro: Yes, I believe -- I believe that he engaged in the conduct that was described.

Beto O'Rourke: And given the fact that it appears as though Brett Kavanaugh lied under oath, which is a crime, I think that he has disqualified himself for service on the Supreme Court and he should step down, or he should be impeached.

A sexual predator who must be impeached. OK.

But wait, here's a late-breaking addition to the story: It turns out that the woman it supposedly happened to -- the alleged victim back at Yale more than 30 years ago -- it turns out that person has no memory whatsoever of the incident.

Whatever they tell you, don't let them tell you that justice has any role in this. Of course, this is a pure power grab. The left feels entitled to run the country.

Now, the paper knew that but somehow neglected to include it in their account, probably because it strongly suggests that their story is once again, a total crock -- yet another lie. They should have told you that and they didn't. It's dishonest, of course.

And you'd think it would spur the Democratic candidates, the one who called for Kavanagh's impeachment, to rethink their positions. New evidence? Maybe that would shape their view. But no, not at all. Several Democrats said exactly as they did a year ago. Remember this?

Sen. Chuck Schumer, D-N.Y.: There's no presumption of innocence or guilt when you have a nominee before you.

Sen. Richard Blumenthal, D-Ct.: We have a constitutional duty to get to the bottom of these allegations. Judge Brett Kavanaugh has a responsibility to come forward with evidence to rebut them.

Sen. Chris Coons, D-Del.: Kavanaugh who is seeking a lifetime appointment to the Supreme Court, and who I think now bears the burden of disproving these allegations, rather than Dr. Ford and Miss Ramirez.

Sen. Kirsten Gillibrand, D-N.Y.: To those who I hear, say over and over, "This isn't fair to Judge Kavanaugh. He is entitled due process. What about the presumption of innocence until proven guilty?" He is not entitled to those because we're not actually seeking to convict him.

We're not trying to convict him. We're just trying to destroy him and his family -- so no due process, no presumption of innocence. Fairness is irrelevant.

Whatever they tell you, don't let them tell you that justice has any role in this. Of course, this is a pure power grab. The left feels entitled to run the country -- truly entitled to and they feel entitled to control the Supreme Court. If they don't, it drives them crazy.

Kavanaugh frustrates their political hopes. So any smear against him is acceptable, no matter what it is. But don't kid yourself. It's not just about destroying Brett Kavanaugh; he is ancillary. It's about destroying the entire legitimacy of our third branch of government, the judiciary.

Plenty on the left are using the Kavanaugh saga to justify packing the court -- adding more justices to make it reliably left-wing or to change the rules so they can remove any judge the left doesn't approve of. This is the opposite of what the third branch was meant to do or be. 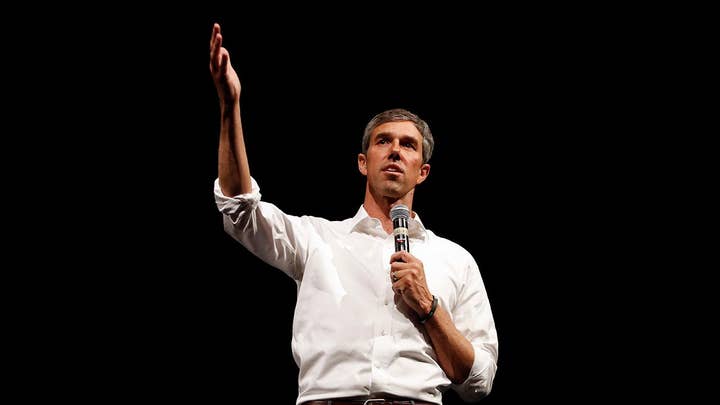 The judiciary was meant to change slowly. The courts change over decades, rather than in response to a single election cycle. That's the way it was designed and for a reason. And for more than 200 years, it's worked.

But to the modern left, that's totally intolerable. They're committed to remaking this country completely right now. America needs a new system, they tell us, one with open borders and far fewer pesky individual rights. Rights like the freedom to speak clearly out loud. The freedom of expression, the right to bear arms, the freedom of religion -- no.

To create this new utopia of obedient, happy serfs, they're going to have to destroy all of that -- two centuries of precedent and tradition. Maybe even destroy the country itself, whatever. They're happy to do that.

As Robespierre noted, when you make omelets, you break eggs.