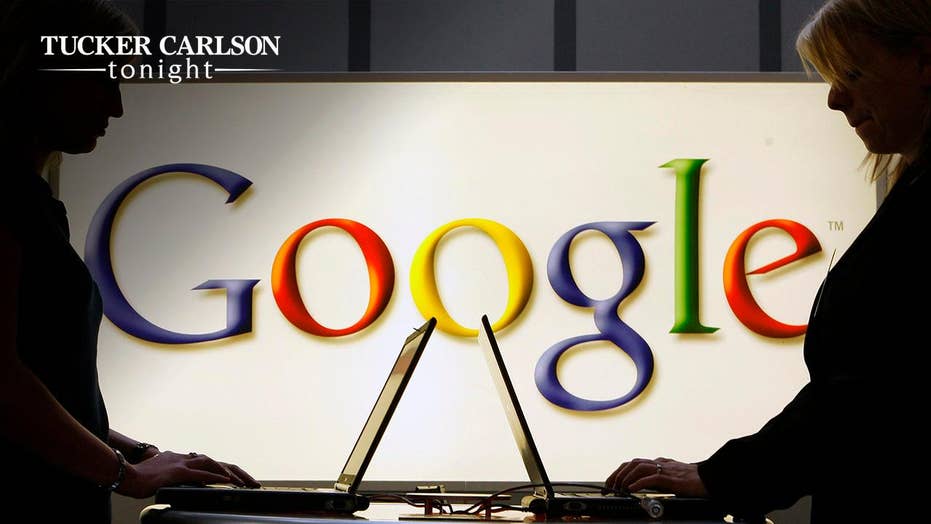 On, Monday Tucker Carlson shares the alleged threat Russia poses to our election has become an obsession. Also, Tucker exposes Google political agenda to increase voter’s turnout in favor of the Clinton campaign in the last election.

For two years, the alleged threat that Russia poses to our elections has been official Washington's obsession.

The usual business of government has come to a halt as Democrats and their allies in the press fret that Russian agents may be interfering with our democracy.

The root of these fears? A handful of Russian ads on Facebook that almost nobody saw and a small number of efforts to hack Democratic Party email accounts.

Now, let's assume that all these deeply worried people are sincere that they really care about the integrity of our democracy, then why has almost nobody said anything about the tech monopolies that now dominate the exchange of information in this country?

If a few dozen Facebook ads are enough to subvert an election, shouldn't we be worried about Facebook itself which controls literally billions of ads?

A couple of times on this show, social scientist Robert Epstein has pointed out that Google alone could determine the outcome of almost any American election just by altering its search suggestions.

Oh, say tech defenders, don't worry. These are businesses. They exist to make money not to push political agendas.

Well, it turns out that's not true and we can prove it.

An email obtained exclusively by this show reveals that a senior Google employee deployed the company's resources to increase voter turnout in ways she believed would help the Clinton campaign win the last election.

The email we obtained came from a woman named Eliana Murillo, the former head of Google's multi-cultural marketing department.

She sent the email on November 9th, 2016. That was one day after the presidential election. That email was subsequently forwarded by two Google vice presidents to more staff members throughout the company.

In her email Murillo touts Google's multi-faceted efforts to boost Hispanic turnout in the election. She knows that Latinos voted in record-breaking numbers especially in states like Florida, Nevada and Arizona, the last of which she describes as "A key state for us."

She brags that the company used its power to ensure that millions of people saw certain hashtags and social media impressions with the goal of influencing their behavior during the election.

Elsewhere in the email Murillo says "Google supported partners like Voto Latino to pay for rides to the polls in key states." She describes this assistance as "A silent donation."

Recently, the group declared that Hispanics, all Hispanics, are in President Trump's "Crosshairs." They said they plan to respond to this by registering another million additional Hispanic voters in the next presidential cycle.

Voto Latino is a group with clear political goals, goals that Google supported in 2016.

We asked both Google and Voto Latino for clarification. What exactly did Murillo mean by a silent donation?

This is a potentially significant legal question. Neither company responded to us.

At the end of her email, Murillo makes it clear that Google was working to get Hillary Clinton elected. This wasn't a "get out the vote" effort, whatever they say. It was not aimed at all potential voters. It wasn't even aimed at a balanced cross-section of subgroups. Google didn't try to get out the vote among say Christian Arabs in Michigan or Persian Jews in Los Angeles. -- They sometimes vote Republican.

It was aimed only at one group, a group that Google cynically assumed would vote exclusively for the Democratic Party.

Furthermore, this mobilization effort targeted not the entire country but swing states vital to the Hillary campaign. This was not an exercise in civics. This was political consulting. It was in effect an in-kind contribution to the Hillary Clinton for President campaign.

In the end, Google was disappointed as Murillo herself conceded:

"Ultimately, after all was said and done, the Latino community did come out to vote and completely surprised us. We never anticipated that 29 percent of Latinos would vote for Trump. No one did. If you see a Latino Googler in the office please give them a smile. They are probably hurting right now. You can rest assured that the Latinos of these blue states need your thoughts and prayers for them and their families. I had planned a vacation and thought I would be taking the time to celebrate. Now, it will be time to reflect on how to continue to support my community through these difficult times."

Nobody at the DNC was more upset by the results than Murillo. Google tried to get Hillary elected. They failed -- this time.

We reached out to Google. The company did not deny that the email was real or that it showed a clear political preference. Their only defense was that the activities it described were either non - non-partisan or weren't taken officially by the company. But of course they were both.

Plenty of people in Google knew what was going on and we've seen no evidence that anyone in Google disapproved of it or tried to rein it in.

Two years later, Google is more powerful than it's ever been and the left has increasingly become radical in what it is willing to do to regain political power.

What could Google be doing this election cycle to support its preferred candidates? What could they do in 2020?

That is a question almost nobody in Washington seems interested in even asking. They ought to be interested.

Adapted from the September 10 edition of "Tucker."