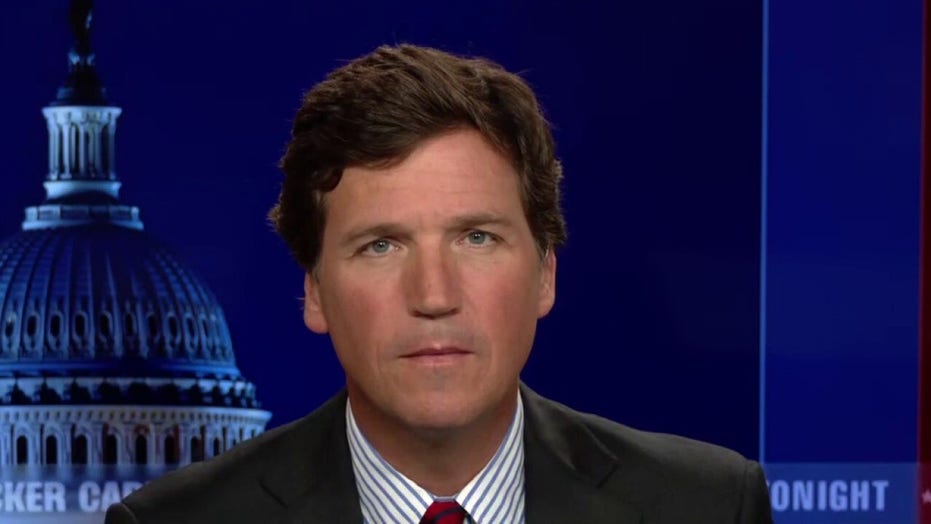 Tucker: This is a nightmare for civil liberties

In the fall of 2017, CNN, believe it or not, ran a pretty interesting piece on its website. It was the story of a pizza delivery driver from Dearborn Heights, Michigan called Khalil Abu Ryyaan.

At the age of 21, Ryyaan found himself deeply depressed and contemplating suicide. Pouring out his feelings to strangers on the internet. He posted pictures of himself with a rifle and suggested he might want to wage jihad.

When he did that, out of the blue, he got a response from a woman he’d never heard of called Ghaada. The two never actually met in person, but over time, a very intense relationship developed. Ghaada professed her love for Ryyaan. They courted online for weeks. Then, one day, Ghaada stopped writing. She simply disappeared. A new woman took her place and began texting Ryyaan too. This woman’s name was Jannah. Jannah wasn't interested in romance. She wanted to wage violent jihad.

She told Ryyaan that if he planned to kill himself, he should take out some infidels along with him.

"When it’s jihad, or when it’s based on our creed or for a cause, that’s the only time Allah allows it," she wrote. Eventually, Ryyaan admitted to Jannah that he had fantasized about killing people in the church near his pizza shop, though he stressed that he would never actually do it. In fact, he encouraged Jannah not to hurt anyone.

Days after he wrote that, FBI agents swooped in and arrested Ryyaan. That’s when he learned that the women he’d been texting didn’t exist. Ghaada and Jannah were fake, pure creations of the FBI. The bureau had spent an entire year working to entrap a depressed pizza delivery boy and created a honey trap to do it. But it still didn’t work. After all that work, the feds still didn't have enough evidence to file terrorism charges against him. Nothing Ryyaan had said was criminal. He could have gone free, but they couldn’t let him go free. That’d be too embarrassing to the government. So they charged him with an absurd non-crime — "unlawful possession of a firearm while under the influence of a controlled substance." He didn’t shoot anyone or brandish a gun, he just had it — and sent him to prison for five years.

In all, it was a thoroughly disgraceful chapter in the history of federal law enforcement. CNN, to its credit, seemed to understand that at the time. The channel pointed out that the FBI often does more than stop crimes. Sometimes, the FBI creates crimes.

"Informants and agents don’t always play the role of a passive listener. They may offer the suspect the opportunity to participate in a fictitious terror plot, replete with fake bombs and real guns, court records show."

And indeed court records do show that, and it’s wrong. A law enforcement agency should never encourage anyone to break the law. It’s grotesque, and yet, they routinely do that. CNN once admitted that was happening, and that it was a problem. But they won’t admit it anymore. Earlier this week, we reported that, among those who stormed the Capitol on January 6th, there appear to people working for the FBI. We didn’t guess that, we concluded it based on the government's own court filings. Dozens of suspects the FBI now says committed serious crimes that day have not been charged with anything or even identified. Why is that? Likely because they were in contact with the FBI before they committed those crimes. That is the definition of corruption. 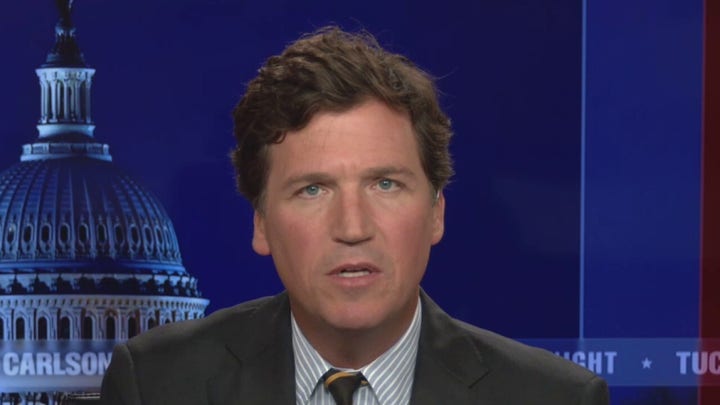 You are working for the FBI, so you’re not charged with a crime. It’s also, by the way, scary, given the current climate, given that January 6th is now being used as a pretext to strip law-abiding Americans of their most basic civil liberties. So given that, we have an absolute right to know exactly what happened that day, and the FBI’s role in it. We believe the FBI had people on the ground, people who stormed the Capitol and committed crimes while inside. We said that. The FBI has not denied it. In fact, no one from the FBI has even commented on it. They don’t have to. This time, they’ve got CNN squarely on their side. The apologists for corrupt federal law enforcement denied something they couldn’t possibly be in a position to verify either way. But prepare yourself as you do: This is appalling.

DON LEMON: And now it's the FBI? Tucker Carlson's newest baseless theory about the insurrection and how he is spreading it to millions of people.

CHRIS CUOMO: A new conspiracy theory is emerging, about the attack on the U.S. Capitol. You hear this, directly from hate TV.

JOHN BERMAN: This is the beginning of a new effort to rewrite what happened on January 6th, even though it is wrong and as you’ll hear from our analyst – impossibly wrong.

BRIANNA KEILAR:  And the whole crux of it is that this was an FBI insider operation. Clearly, untrue -- clearly, untrue, totally baseless.

REP ADAM KINZINGER ON CNN: Let me say again, it's insane to think that the FBI did this.

And then just to make it totally obvious that CNN now functions as an arm of the woke national security state, which they do, the channel invited on the former assistant director of the FBI, a man called Chris Swecker, to reassure viewers that the FBI did absolutely nothing wrong on January 6th. Not one bad thing. Trust us. And, of course, CNN does trust the FBI. The FBI’s word is good enough for them. The change is bewildering.

It seems like just the other day that CNN’s chief anchor was telling us the shocking story of the 2015 terror attack in Garland, Texas. That’s the one in which an FBI agent texted the shooter words of encouragement. The FBI literally worked to make the shooting happen. It’s not an exaggeration, we know that. An FBI agent was even present at the attack.

ANDERSON COOPER: But it turns out the undercover agent did more than just communicate online with Elton Simpson. In an affidavit filed in another case the government disclosed that the FBI undercover agent had actually "traveled to Garland, Texas, and was present… at the event." … the undercover FBI agent was in a car directly behind Elton Simpson and Nadir Soofi when they started shooting. This cell-phone photo of school security guard Bruce Joiner and police officer Greg Stevens was taken by the undercover agent seconds before the attack. The idea that he’s taking a photograph of the two people who happen to be attacked moments before they’re attacked.

ANDERSON COOPER: If you’re wondering what happened to the FBI’s undercover agent, he fled the scene but was stopped at gunpoint by Garland police. This is video of him in handcuffs, recorded by a local news crew.

So tell us again how the FBI would never have anything to do with the attack on the capitol on January 6? These were some of the "counter-terrorism tactics" the FBI adopted after 9-11. Now the bureau has changed its focus. It’s no longer going after Islamic extremism. It’s now going after Joe Biden’s political opponents – those are the domestic terrorists they’ve been telling you about. This is a nightmare, it’s a nightmare for civil liberties, for democracy itself. We should have seen it coming. We didn’t.

This article is adapted from Tucker Carlson's opening commentary on the June 18, 2021, edition of "Tucker Carlson Tonight."