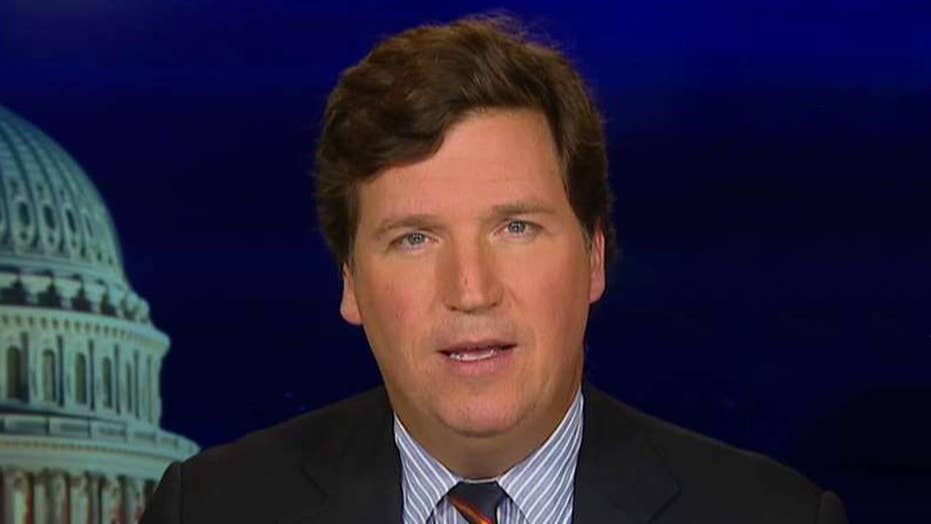 Tucker: 2020 Democrats required to have the same views

Democratic candidates pandering to voters with the same narrow ideals.

The Democratic Party still has not decided who's going to challenge Donald Trump in next fall's presidential election.

The field of 2020 candidates is one of the largest in history. Pretty much everybody seems to be running, from the former vice president of the United States to some guy who is literally the mayor of South Bend, which, in case you're wondering, is the fourth biggest city in the state of Indiana. It's smaller than Evansville, but it's slightly larger than Carmel. That guy's running for president.

There are an awful lot of people in this race. And yet the ideological range they're allowed is strikingly narrow. -- Everyone's required to have pretty much exactly the same views on everything. Anyone who dissents, even a little bit, is immediately denounced as immoral or racist or an agent of Russia.

In other words, the Democratic primary race is very much like everything else the left touches. It's strident; it's intolerant. It's almost unbelievably dumb.

Congresswoman Tulsi Gabbard of Hawaii is one of the very few willing to challenge the status quo. She's no conservative, of course; she's liberal. But she regularly criticizes her party for becoming reflexively pro-war and pro-corporate monopoly. She did it again Wednesday night during the Democratic primary debate.

Rep. Tulsi Gabbard, D-Hawaii: Our Democratic Party, unfortunately, is not the party that is of, by and for the people. It is a party that has been and continues to be influenced by the foreign policy establishment in Washington, represented by Hillary Clinton and others' foreign policy, by the military-industrial complex and other greedy corporate interests.

Oh. Spoken like an old fashioned liberal. There is one left, but things have changed in the rest of the party. Talk like this is a threat to the private equity community, which is now the core of the Democratic Party. So, their chief toady, Kamala Harris, immediately leaped forth to shut it down.

Kamala Harris: I think that it's unfortunate that we have someone on the stage who is attempting to be the Democratic nominee for president of the United States, who during the Obama administration spent four years full-time on Fox News criticizing President Obama --

Harris: -- Who has spent full time criticizing people on this stage as affiliated with the Democratic Party.

Well, one way to unite the country would be making an effort to speak to everyone who lives in the country. But that's literally not allowed. The left believes it's wrong to talk to people you disagree with, which is why they boycott this channel and this show.

We have more clips from Wednesday night's debate, but we can tell you now the most important things were never mentioned. One word, for example, nobody mentioned Wednesday night was suicide.  And yet suicide has risen by more than a third since 1999.

Life expectancy wasn't mentioned either. It's been dropping for the last three years.

Illegal drugs are only mentioned when they told us the war on drugs is racist, and marijuana needs to be legalized. The rest of it ignored.

Prescription drug companies were attacked, but only for charging too much for their products, not for getting Americans hooked on opioids. The drugs that have fueled the deadliest wave of overdose deaths in the history of this country --  70,000 people last year -- not mentioned.

The left believes it's wrong to talk to people you disagree with, which is why they boycott this channel and this show.

Democrats did talk about opportunity and inequality, but mostly in racial terms.

Everything for them is in racial terms, of course. Some groups are well off because of their skin color, they told us, while others are not; they're oppressed. America is a racist country they argued again and again and again. 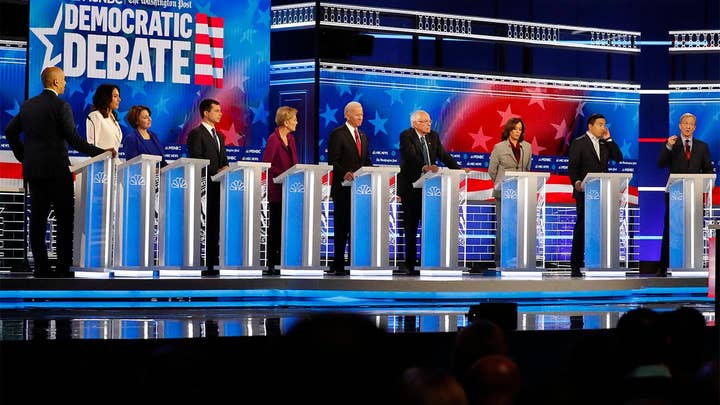 But the truth, if you live here, is that opportunity in America is vanishing for almost everyone -- of all colors. In 1970, for example, 92 percent of 30-year-olds made more money than their parents had at that age. In 2014, only half did. Those are actual numbers that tell you a lot. They're not race-based numbers. They're numbers that tell you that the American dream is in peril. Add to that far higher debt levels and most young people, in the end, are economically worse off than their parents were at the exact same age.

So, opportunity is in decline, and that's a huge problem. There are a lot of reasons for that. One is this: big business has supported open borders with the rest of the world in order to keep wages down.

We don't even know how many illegal immigrants live in this country. We can't even guess to within the nearest million. The best guess, as of right now, is about 22 million people. Tens of thousands more arrive every month.

Democrats don't want to talk about this. On Wednesday night, they never mentioned fixing it. In fact, they pledged to tear down border walls we already have. Can you imagine?

Instead of helping young Americans to have the families they say they want -- and young people say they want to have families but can't afford it -- no Democrat addressed that. Instead, Elizabeth Warren talked about expanding abortion as an "economic right."

And that really does sort of sum up perfectly the 2020 Democratic Party. You're poorer and sadder than your parents were but at least the abortion is free.

Hope you're psyched about that.