The Democratic Party went completely insane on Wednesday. That's been happening for a while, of course -- insanity is a process.

But Wednesday night at the first Democratic primary debate of the 2020 season, they made it official. Elite Democrats have permanently broken with reality. They no longer care about what's true, what's possible, even what's real. They live in a kind of dream-state, a place of fantasy punctuated by howls of self-righteousness.

Julian Castro was an actual cabinet secretary in the Obama administration. It was only a couple of years ago. He explained at the debate that men who get pregnant have the moral right to taxpayer-funded abortions. I'm not joking.

Julian Castro, Democratic presidential candidate: I don't believe only in reproductive freedom, I believe in reproductive justice ...  And you know, what that means is that just because a woman or let's also not forget someone in the trans-community. A trans-female is poor. It doesn't mean they shouldn't have the right to exercise that right to choose.

But Julian Castro doesn't care. Taxpayer-funded transgender abortion sounds like something that all good progressives should support. So Castro fervently does. And critically, he knows that nobody in the room will defend science or pause to ask him what the hell are you talking about? They can't say a word. They're too intimidated. They know HR is watching. So they nod like monkeys, as if everything he is saying is completely sane. "Oh, good point, Mr. Secretary. Trans-females shouldn't have to pay for their own abortions. That's racist."

The whole thing was like a cartoon or an "Evil One" novel. It went on like this all night. For example, Julian Castro agreed with Elizabeth Warren that it shouldn't be illegal for foreigners to break our laws. "When somebody comes across the border, we should not criminalize desperation, to treat that as a civil violation," he said.

"Criminalize desperation." And you thought this was your country just because, like your ancestors, you were born here. Just because you pay half your income to the government to keep the whole thing going, you thought it was your country? Think again, racist. America belongs to the rest of the world. Your job is to shut up and pay for it. Complain and we will punish you.

Bill de Blasio often makes that point. Now, de Blasio is the single worst mayor in the 400-year history of New York City. That's impressive. But how did he wind up on a presidential debate stage last night? God knows. Maybe he illegally immigrated there. It doesn't matter. He was there.

And once he had the mic, de Blasio promised to seize your money and give it to his supporters, who he explained deserve it much more than you do. 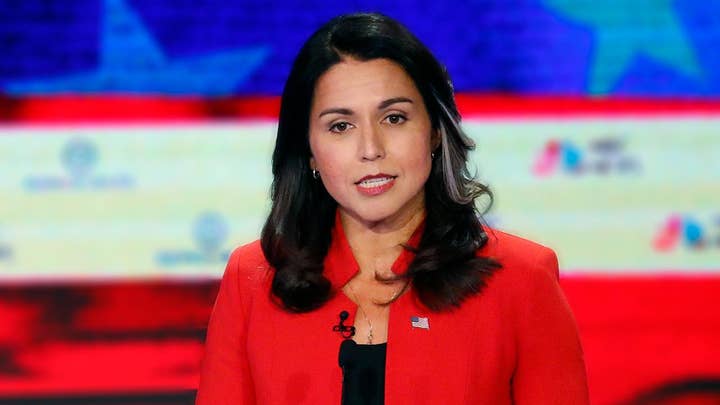 Got it? We've got the power; soon we'll have all the guns and we're coming for your stuff. That was the major theme of Wednesday night. And in case anyone missed it, the two widest candidates on stage, Sen. Cory Booker and Beto O'Rourke, decided to repeat the point in stilted Spanish.

You can add the English language to the long and growing list of things the Democratic Party considers racist. How long before you're banned from socially speaking it? You think we're joking, right? Better to learn Espanol if you want to talk to your grandkids. It's a brand new world.

Some of the least impressive people in America are making the rules. Hope you're excited for it. At least men will be able to get free abortions.