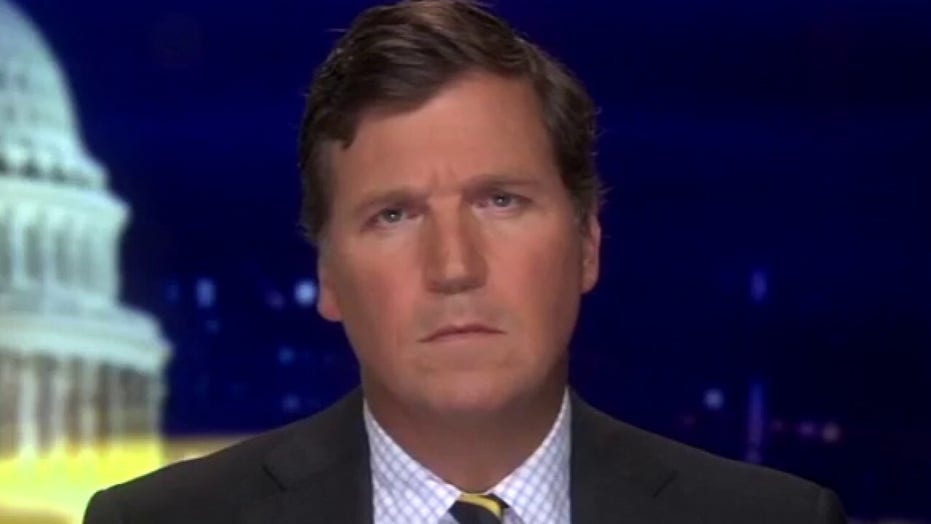 Our first obligation, is to keep our people safe. At the same time, we need to protect our economy.

There's so much disinformation going around about the coronavirus. You're probably getting it at this moment on your text. We certainly are.

We haven't faced a medical crisis like this in living memory. We know that coronavirus constitutes a major threat to the country -- of course, it does. What we really don't have a clear picture of right now is what's coming next.

So we spent the weekend talking to some of the smartest people we know in medicine, in business and in politics. Everyone had strong opinions, needless to say, but what was striking was that there was no clear consensus on how the country should respond to this. All decent, informed people, but completely different points of view.

That should not surprise you. People of good faith are working toward a couple of different goals which, at times, collide with one another.

Our first obligation, everyone agrees, is to keep our people safe. If we can prevent Americans from getting the coronavirus, we should do that. At the same time, though, we need to protect our economy, and that is not just something that Wall Street cares about, to be totally clear.

Economic decline is dangerous for everyone, especially at the bottom of the economy. It's a legitimate human concern. It's not just financial, it's about families.

Here's the problem. We've got two imperatives and they often conflict. So if you ask an epidemiologist what we ought to do next, the answer is simple: Shut it down. Close every public space until the virus passes. Hospitals would get a pass, of course, but restaurants, bars, hotels, movie theaters, airlines -- everything.

From a public health standpoint, that makes sense. But what would be the consequences of doing that? Millions and millions of people would lose their jobs, some of them for good. We'd enter a severe recession with mass unemployment, and it could get worse from there. It's not a joke; that could happen.

You would see an awful lot of people in poverty in Middle America and that poses its own kind of public health risk. Poor countries are never healthy countries. If you want great health care, you've got to pay for it, and you have to have money to do so.

So you see the problem. Responding to this epidemic requires balance. It does. It's a complex question. And the deeper into it you dig, the more convinced that you will become that the answers are not obvious.

We don't want anyone to lie to you about that, and of course, they are. You'll hear people claim they've got a simple answer that will fix everything. Ignore those people. Only fools pretend they can see the future. Wise people admit uncertainty. That's the hallmark of wisdom.

Economic decline is dangerous for everyone, especially at the bottom of the economy. It's a legitimate human concern. It's not just financial, it's about families.

As of now, here's what we do know. First, we're only at the beginning of all of this. We're pretty certain of that. Dr. Anthony Fauci said as much over the weekend.

Dr. Anthony Fauci, director of the National Institute of Allergy and Infectious Diseases: As I've said many times, and I'll repeat it: The worst is, yes, ahead, for us. It is how we respond to that challenge that is going to determine what the ultimate endpoint is going to be.

So shutdowns and travel restrictions, which are increasingly in place will help slow the spread, but they are not enough. They're not a big enough response for what's coming.

New York Governor Andrew Cuomo is now asking the administration to muster the military to fight the virus.

New York Gov. Andrew Cuomo: The coming crisis is overwhelming our health care system. That is going to happen. That curve is a wave and it's going to break on the hospital system.

At a press conference today, President Trump said the administration is strongly considering Governor Cuomo's request, and it seems like they are. And, of course, there are other ways we could use the military's expertise and manpower; it has a lot of both.

If things get bad, we will need more ventilators than we currently have. We may need more breathing masks, too. In Italy, the military has been mobilized in an effort to quadruple production at that country's lone ventilator manufacturer. In South Korea, the military is assisting in mass production. That's what they're doing.

People need to work. They want to work. Work gives them meaning and purpose and dignity. That's not some hollow slogan. It's true.

We have the most sophisticated armed forces on Earth and the best-funded. No doubt there are many other ways they can help -- use your imagination. They have helped so many other nations in crisis around the world, and of course, they want to. They're Americans.

And then there's our second priority, keeping our economy stable. Now, once again, this is not the same as using monetary policy to prop up the stock market. Washington, in case you haven't noticed, has become convinced that the Federal Reserve is the only available instrument for managing our economy.

That's only unimaginative and small-minded, though it is, it is dangerous. How much cheap money can we print before the public loses faith in the system and inflation explodes? Economists from Washington seem to think that'll never happen. We can do this forever, but we can't, and they know we can't on some level.

At some point, we will become Zimbabwe and you don't want that. And by the way, it's missing a point anyway. The real imperative right now is saving jobs.

For government bureaucrats, university administrators and corporate HR Directors, talk show hosts, actually, a month out of the office constitutes a kind of vacation. But for the classes below, it could be the beginning of a long spiral, a real one. Waiters, bartenders, retail workers, huge parts of the service industry on which we are dependent -- a massive part of our economy could see their income drop to zero and not come back.

Kevin Hassett, the former chairman of the president's Council of Economic Advisers just warned that a million jobs could vanish in the month of April. A million people suddenly without jobs -- that's the nightmare scenario.

Countries with high unemployment are desperate countries and more ominous, they are unstable countries, always. You don't want that.

Some of the professional class have suggested a guaranteed basic income as a response to this threat. Mitt Romney has suggested sending every American a monthly check for $1,000. That's likely a well-meaning idea. A lot of smart people are behind it. But it's also decadent and foolish.

Name a place that's become happier and more prosperous under a scheme like that? Indian reservations? The inner city? Rural areas where half the male population gets monthly disability checks? Or for that matter, if we're being honest, how many happily idle, inherited money people do you know? Rich people? None. They're all drunk. Of course they are.

People need to work. They want to work. Work gives them meaning and purpose and dignity. That's not some hollow slogan. It's true. It's true in your life. It's true in the life of everyone.

Happily, there is a model in progress for how we can save work. It's underway now in Germany. The German government runs a program called Kurzarbeit. It means "short time." Employees are encouraged not to lay off their workers but instead place them on reduced hours. The government then steps in to compensate some of those missing wages to help the companies with payroll. 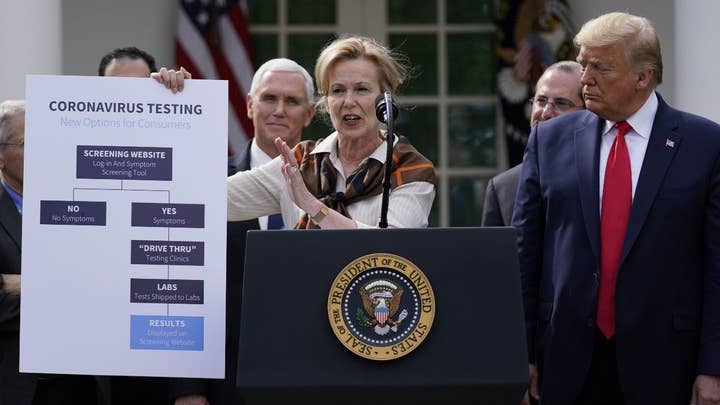 Now, it may cost taxpayers more than Romney's grand a month program, but critically, it keeps people in their jobs. It's also straightforward, unlike so many of the double-secret backward tax rebate programs the geniuses in Congress are always coming up with and telling you, you should love and be happy with. But you don't ever understand them, and neither do they.

This idea has a clear goal, and it achieves it. During the 2008 financial crisis, Germany's economy shrank by a higher proportion than ours did in America. Yet, at the same time, Germany's unemployment rate actually fell. Labor force participation rose.

So amazingly, in the middle of an economic contraction, a bad recession, more people were working than before. That's the key as we look forward to turbulent times. Employment, stability, meaningful work -- if you want to help people weather this crisis, the one that's coming, save their jobs. It's that clear.