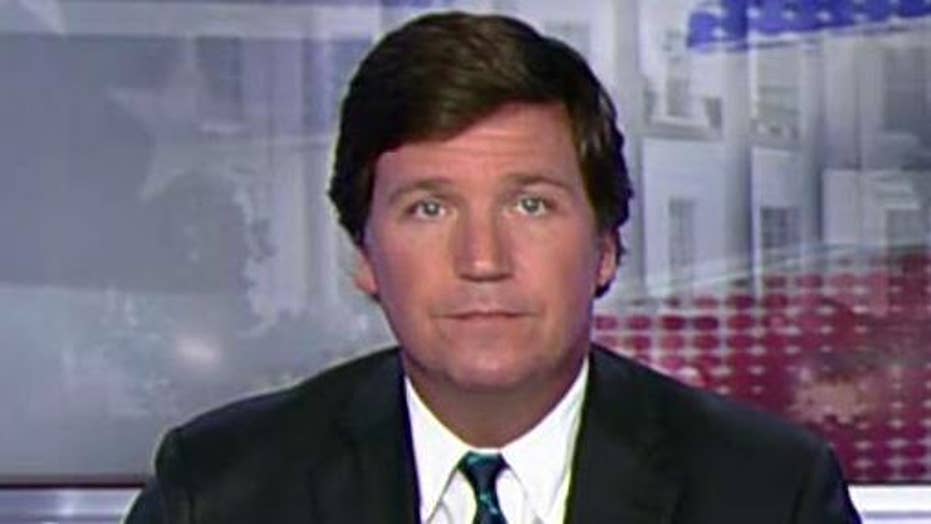 We've moved past Russian Facebook ads, Stormy Daniels and other childish diversions designed to prevent you from thinking clearly. This is a core debate.

Election Day is finally becoming a referendum on something that really matters: immigration. Who gets to live here? What does citizenship mean? What kind of country do we want?

These are not small incidental questions. What you are watching is not an argument about Russian Facebook ads or Stormy Daniels or her creepy lawyer or some other diversion designed to prevent you from thinking clearly. These are core debates. These are the arguments that every functioning democracy must have and yet ours rarely does.

Consider the question of birthright citizenship. Under current interpretations of American law anyone born on our soil automatically becomes a U.S. citizen. Context is irrelevant. It doesn't matter if your parents were terrorists or illegal aliens or foreign saboteurs if their plane was forced down to refuel and you emerged. It doesn't matter. If you were born on our property, you are a citizen.

In a recent interview with Axios, President Trump suggested this is not a great deal for America. He pledged to change it with an executive order.

As of right now, it seems likely that order would abolish so-called “birth” tourism. That's where people travel to the United States solely for the purpose of having kids and winning citizenship along with the many benefits that follow from that. We'll know more about it soon and of course, we'll tell you when we do know.

But nobody else in Washington is waiting for details. They hate it already. The very same people who have spent decades trying to gut the Bill of Rights are now lecturing the rest of us that the idea is -- brace yourself -- unconstitutional.

Paul Ryan, the outgoing speaker of the House, announced his opposition to this immediately.

“Well, you obviously cannot do that," Ryan said. "You cannot end birthright citizenship with an executive order.”

Note the phrasing. "Obviously" is what people say when they don't feel like making a rational case for their positions -- usually because they can't. Is it really "obvious" that the Constitution requires us to give citizenship to the children of illegal immigrants? Paul Ryan has no idea. He just doesn't want to have a conversation about it. He wants you to be quiet.

In fact, as a legal matter, it is an open question. The Supreme Court has never ruled on it. But there is ample reason to believe the law does not apply to illegal immigrants or birth tourists.

"The Amendment will not, of course, include persons born in the United States who are foreigners, aliens, who belong to the families of ambassadors or foreign ministers," he said.

The amendment was designed to ensure that newly freed slaves would be treated as the American citizens they were. The point was to enfranchise African-Americans. The point was not to enable the rest of the world to scam our system, to abuse our generosity. Trump's proposal would get us closer to the purpose of the 14th Amendment. And for that, he is being denounced naturally as a racist.

Don't blame the Chinese or the Russians or the Salvadorans or anybody else using the system. We're the ones offering it. The blame lies with us.

How about Harry Reid, is he a racist too? Here’s how the former Democratic Senate Majority Leader explained his views on birthright citizenship:

“With making it easy to be an illegal alien is enough," he argued in the 1990s. "How about offering a reward for being an illegal immigrant? No sane country would do that. Right. Guess again. If you break our laws by entering this country without permission to give birth to a child, we reward that child with U.S. citizenship and guarantee a full access to all public and social services this society provides and that's a lot of services. Is it any wonder that two-thirds of the babies born at taxpayer expense in county-run hospitals in Los Angeles are born to illegal alien mothers?”

Now as a factual matter, that's tougher than anything President Trump has ever said about the issue. Keep in mind that just four years ago, Harry Reid was the top Democrat in the Senate. If he tried saying that today, he'd be called "Bull Connor" and shouted off the stage. But the questions he raised are still fair questions:

Under our current system, illegal immigrants who come to the U.S. and have children are eligible to receive tax credits, food stamps and other welfare benefits. Those are huge incentives. Not surprisingly, one in every 12 births in this country right now is to someone here illegally and that total does not even include birth tourism.

Every year tens of thousands of foreign nationals come to this country on tourist visas solely to give birth to children. The Chinese are strongly overrepresented in this. One ad in China offers "high-end U.S. birth tourism specialists" for just $20,000. These experts navigate clients through the process of having a child in America.

Their kids gain the right to Social Security, Medicare, and countless other federal programs. If they come back to the U.S. for college, they get in-state tuition, federally backed student loans, financial aid, all the benefits that ought to be going to actual Americans who are drowning in college debt. This is a scam. There is no other word for it.

And by the way, don't blame the Chinese or the Russians or the Salvadorans or anybody else using the system. We're the ones offering it. Why wouldn't they take it? The blame lies with us.

No other country would allow itself to be relentlessly exploited like this for decades and no other leadership class would side with foreigners over its own people. And yet ours does every time. And that tells you everything.