Beto O'Rourke, we are set to tell you, has changed. He is not the boyish, carefree road tripper with the Primo weed hookup you might remember from just a few months ago. That Beto is gone, maybe forever.

The new Beto is far more serious, even angry. What's the new Beto mad about? Well, climate change, obviously. And border walls and bigotry and uptight old people who don't understand that skateboarding is not a crime. Also that buzzkill Pete Buttigieg, or whatever his name his, who snuck up and stole his spot in the presidential rankings. That was annoying as hell.

But mostly what Beto is mad at is Beto. Beto has had some free time recently, being unemployed. So he looked inside and came to the conclusion that, actually, he's a pretty mediocre person -- not a good guy at all, pretty much an awful human being.

Most people would keep that knowledge to themselves, but not Beto. He went on "The View" on Tuesday to tell everyone.

Meghan McCain, co-host of "The View": You did a Vanity Fair cover to announce your campaign, and you said you were, quote, "Born to be in it." You went across the country alone on a road trip after you lost your election and you said you "sometimes help raise your kids." These are things in my mind that a female candidate wouldn't be able to get away with. Do you think you can get away with more because you're a man? And do you have any regrets about launching on the cover of Vanity Fair?

Beto O'Rourke, Democratic presidential candidate: You're right. There are things that I have been privileged to do in my life that others cannot.

You're right, said Beto. Male privilege is real; I should know. All those cool fun things I've done in my life, I only did them because I'm a man. And I feel bad about that. So bad that I've had a committee of diversity consultants drafting an awkwardly written statement of moral culpability, which I will now read to you with feigned sincerity, in the hope that it's sufficient atonement for my sense.

O'Rourke: This systematic foundational discrimination that we have in this country in every aspect of life is something that I have not experienced in my lifetime. And I've had advantages that others could not enjoy.

So that cleared that up. In case you thought that Beto might be suffering from systematic foundational discrimination in every aspect of his life, now you know the truth. He is not. And he is deeply ashamed of that, Because it's morally superior to be discriminated against, as the rich and pampered ladies of "The View" -- who are also, somehow, victims -- can and will tell you.

But whatever. Beto can't help it if people don't hate him for who he is. That's the downside of privilege -- people like you too much.

All Beto can do is try harder to be despised as much as he despises himself, which he pledged to do on "The View."

Joy Behar, co-host of "The View": Are those mistakes? Would you say those are mistakes being on the cover of Vanity Fair? ... That it looks elitist?

O'Rourke: Yes, yes. I think it reinforces that perception of privilege. And that headline that said I was "born" to be in this and the article is attempting to say that that I felt that my calling was in public service. No one is born to be President of the United States of America. Least of all me. So --

Behar: What about part-time dead thing?

Behar: There's a flack of that one.

O'Rourke: Absolutely, and I deserved it.

"I deserved it." Just so we're clear on this: The lady who makes millions talking about herself on a TV show every day disapproves of Beto appearing on a magazine cover, because it's "elitist." And Beto fervently agrees with her. Of course he does.

There is no criticism of Beto that Beto does not agree with. Back in March, he apologized profusely for saying that his wife had raised their three kids. Do you even know how patriarchal that sounds? Beto does, and he is really, truly, sincerely sorry he said it, as he told "The View."

O'Rourke: Not only will I not say that I can't do it, but I'll be much more thoughtful going forward in the way that I talk about our marriage and also the way in which I acknowledge the truth of the criticism that I have enjoyed white privilege.

"I have enjoyed white privilege." There you go. He acknowledged it. Thank you, Mr. O'Rourke for your candor. But the real question is, how much did you enjoy white privilege? We'll get to those details in our next round of questioning.

But in the meantime, we don't want to give you the impression that Beto is the only one groveling here. Far from it. They all are.

For Democrats in 2019, to run is to grovel. Here is "Mayor Pete" of South Bend, recently remembering with sadness and horror the one time , years ago, when he suggested that all human life had value. How could he have been so stupid and cruel?

Unidentified reporter: In 2015, you said that "all lives mattered" when you spoke about two police controversies that were happening in South Bend. Was that a mistake?

Pete Buttigieg, Democratic presidential candidate: What I did not understand at that time was that that phrase, just early into mid - -especially 2015 -- was coming to be viewed as a sort of counter slogan to Black Lives Matter. And so this statement that seems very anodyne, and something that kind of nobody could be against, actually wound up being used to devalue what the Black Lives Matter movement was telling us. Since learning about how that phrase was being used to push back on that activism, I stopped using that.

Yes. I've stopped. How could I have been so stupid? And here's Sen. Kirsten Gillibrand of New York, calling in artillery on her own position, after an NBC researcher discovered that she had once supported national borders, seriously.

Rachel Maddow, host of "The Rachel Maddow Show": You essentially said that you were embarrassed about your previous position on immigration. Tell me about that.

Sen. Kirsten Gillibrand, D-N.Y., presidential candidate: Well, I don't think it was driven from my heart. I was callous to the suffering of families who want to be with their loved ones, people who want to be reunited with their families. And I recognize, as we all do, that immigration and diversity is our strength as a country. I really regretted that I didn't look beyond my district and talk about why this is an important part of the United States' story.

"I was callous. I was heartless. Don't hate me. I hate myself enough." Well, thank you for sharing, Kirsten. Good luck with your self- esteem issues.

Joe Biden is a good quarter century older than Sen. Gillibrand, who herself is older than a lot of the Democratic candidates. So you'd think Biden would be old enough that he would have earned the right not to say he is sorry.

But think again. Age is now itself something to apologize for, and Biden did. Biden grew up at a time before human warmth was reclassified as a criminal act. And he's very, very sorry for that., as he said when multiple women accused him of inappropriate behavior.

"Social norms have begun to change," Biden said last month. "They have shifted and the boundaries of protecting personal space have been reset and I get it. I get it. I hear what they are saying. I will be more mindful and respectful of people's personal space." 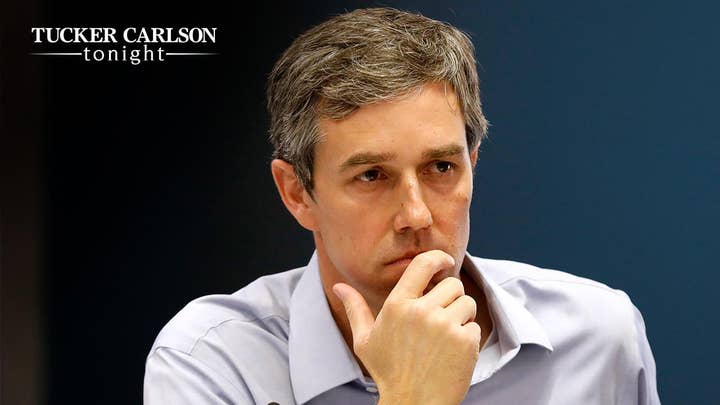 In a world of that forgiveness, this is a cycle that continues forever. No self-abasement is ever enough. The left has become a kind of rolling inquisition with the bottomless appetite for ritual punishment and humiliation. Tell us you've been naughty. Thank you, sir, may have another?

This is sick. These people have no dignity. They have no self-respect. There is nothing they won't say, nothing they won't admit to, whether it's true or not. They despise themselves. Be careful of people like that. They're likely to feel the same way about you.