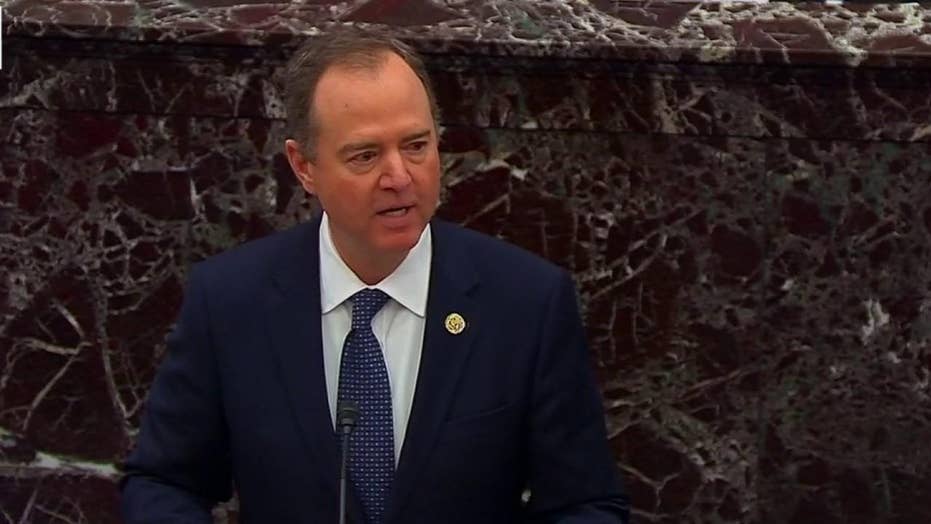 I don't blame President Trump for his angst and bitterness over his impeachment by the House of Representatives. In his mind, he has done "nothing wrong" and not acted outside the constitutional powers vested in him and so his impeachment should not have come to pass. He believes that the president can legally extract personal concessions from the recipients of foreign aid, and he also believes that he can legally order his subordinates to ignore congressional subpoenas.

Hence, his public denunciations of his Senate trial as a charade, a joke and a hoax. His trial is not a charade or a joke or a hoax. It is deadly serious business based on well-established constitutional norms.

The House of Representatives -- in proceedings in which the president chose not to participate -- impeached Trump for abuse of power and contempt of Congress. The abuse consists of his efforts to extract a personal political "favor" from the president of Ukraine as a precondition to the delivery of $391 million in military aid. The favor he wanted was an announcement of a Ukrainian investigation of former Vice President Joseph R. Biden and his son Hunter.

The Government Accountability Office -- a nonpartisan entity in the federal government that monitors how the feds spend tax revenue -- has concluded that Trump's request for a favor was a violation of law because only Congress can impose conditions on government expenditures. So, when the president did that, he usurped Congress' role and acted unlawfully.

But, did he act criminally? Is it constitutionally necessary for the House to point to a specific federal crime committed by the president in order to impeach him and trigger a Senate trial?

The Constitution prescribes the bases for impeachment as treason, bribery or other high crimes and misdemeanors. However, this use of the word "crimes" does not refer to violations of federal criminal statutes. It refers to behavior that is so destructive of the constitutional order that it is the moral equivalent of statutory crimes.

For example, as others have suggested, if the president moved to Russia and ran the executive branch from there, or if he announced that Roman Catholics were unfit for office, he would not have committed any crimes. Yet, surely, these acts would be impeachable because, when done by the president, they are the moral equivalent of crimes and are so far removed from constitutional norms as to be impeachable.

In Trump's case, though the House chose delicately not to accuse the president of specific crimes, there is enough evidence here to do so. Federal election laws proscribe as criminal the mere solicitation of help for a political campaign from a foreign national or government. There is no dispute that Trump did this. In fact, the case for this is stronger now than it was when the House impeached him last year. Since then, more evidence, which Trump tried to suppress, has come to light.

That evidence consists of administration officials' emails that were obtained by the media pursuant to the Freedom of Information Act. Those emails demonstrate conclusively that Trump ordered a halt on the release of the $391 million within minutes of his favor request, and the aid sat undistributed until congressional pressure became too much for Trump to bear.

This implicates two other crimes. One is bribery -- the refusal to perform a government obligation until a thing of value is delivered, whether the thing of value -- here, the announcement of a Ukrainian investigation of the Bidens -- arrives or not. The other is contempt of Congress.

If the request for the announcement of an investigation of the Bidens manifested "nothing wrong" as Trump has claimed, why did he whisper it in secret, rather than order it of the Department of Justice?

When the House Select Committee on Intelligence sought the emails unearthed by the press and then sought testimony from their authors, Trump thumbed his nose at the House. Instead of complying with House subpoenas or challenging them in court, Trump's folks threw them in a drawer. Earlier this week, his lawyers argued that those actions were lawful and that they imposed a burden on the House to seek the aid of the courts in enforcing House subpoenas.

Such an argument puts the cart before the horse. Under the Constitution, the House has "the sole power of impeachment." The House does not need the approval of the judiciary to obtain evidence of impeachable offenses from executive branch officials.

Where does all this leave us at the outset of Trump's Senate trial?

It leaves us with valid, lawful, constitutional arguments for Trump's impeachment that he ought to take seriously. That is, unless he knows he will be acquitted because Republican senators have told him so. Whoever may have whispered that into his ear is unworthy of sitting as a juror and has violated the oath of "impartial justice" and fidelity to the Constitution and the law.

What is required for removal of the president? A demonstration of presidential commission of high crimes and misdemeanors, of which in Trump's case the evidence is ample and uncontradicted.