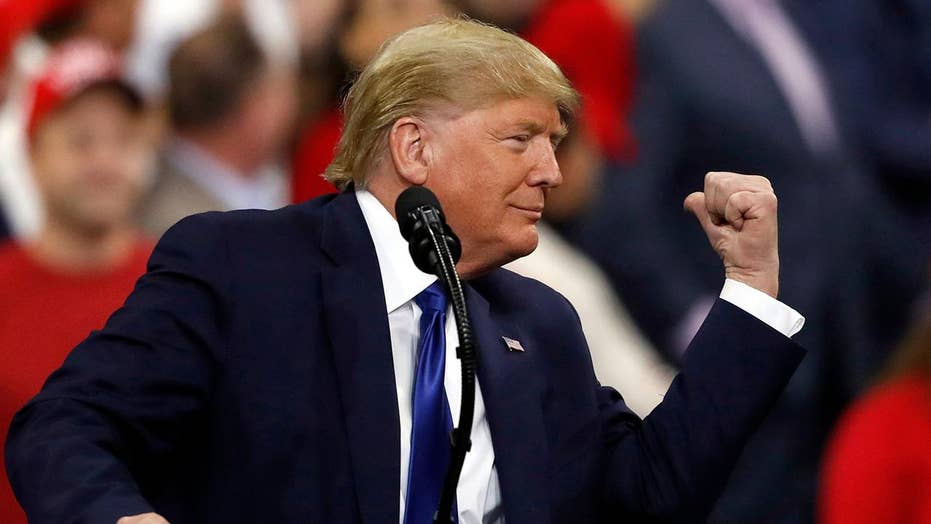 When witnesses testify in a courtroom and offer varying, contradictory or even unlawful explanations of the events under scrutiny, juries tend not to believe them. The same is now happening with the Trump administration's defense of its killing Iranian Maj. Gen. Qassem Soleimani by the use of an unmanned drone while he was being driven peacefully along a public highway in Iraq. Why the shifting justifications?

The general was the commander of Iran's elite military and intelligence forces. He was a fierce opponent of ISIS and the American military presence in Iraq. Iraq and Iran were belligerents for generations owing to, among other factors, ancient disputes between the two main branches of Islam, Shiite and Sunni. For generations, Iran's elites were predominantly Shiite and Iraq's were predominantly Sunni.

When the U.S., under President George W. Bush, invaded Iraq in 2002, pursuant to a congressional Authorization for Use of Military Force, the government did so by deceiving the American public and Congress into believing it was searching for weapons of mass destruction. Since none were there, none were found.

But the American invasion did destroy the Sunni government and its true target, the Iraqi dictator Saddam Hussein. That created a power vacuum, which was soon filled by Shiite politicians. Slowly but inexorably, Iran's and Iraq's governments became friendly and they jointly sponsored militias against ISIS. Soleimani even consulted with President Obama in the Oval Office about using these militias to topple ISIS.

The general's assassination was odd, out of place, untimely and unlawful. Odd, because the general's folks had worked with our intelligence folks in Iraq against ISIS. Out of place, because the Iranian general was welcomed by the Iraqi government and was not engaged in any violence or war crimes at the time he was killed. Untimely, because whatever he may have been planning to do was not an imminent attack on the U.S. or on Americans. We know this because Trump administration officials revealed that the president gave the kill order seven months ago, in June 2019. How imminent could an attack have been in June if it had not occurred by January?

And unlawful, because we are not at war with Iran, and political assassinations have been prohibited by still valid executive orders signed by Presidents Gerald R. Ford and Ronald Reagan. The U.S. Constitution limits the federal government's lawful power to kill to foreign troops in wartime and after due process, neither of which abides here. Moreover, international treaties to which the U.S. is party, as well as the laws of war to which the U.S. subscribes, prohibit preemptive killings except when the target is just about -- "certainty" is the standard -- to strike.

Now, back to the shifting sands of justification.

Shortly after the general's death, Secretary of State Mike Pompeo argued that Soleimani's attacks on Americans were imminent. President Trump himself claimed Soleimani was planning to attack four U.S. embassies in the Middle East.

When Secretary of Defense Mark Esper was asked if he saw any intelligence data about attacking four embassies, he said he had not. When Pompeo was pressed for his understanding of Trump's four embassies claim, he offered that the intelligence data did not reveal when or where or how, but he knew Soleimani was "probably" up to no good.

When the State Department spokesperson was asked if any alerts of likely attacks had been sent to any American embassies in the region, she said that none had.

Then the White House sent CIA Director Gina Haspel, Joint Chiefs of Staff Chair Gen. Mark Milley, and Pompeo and Esper, to brief members of Congress on the administration's intelligence, moral and legal justifications for killing the general.

None of the briefers mentioned four embassies or any data showing where or when or how he might strike -- just probabilities.

When Republican Sens. Mike Lee of Utah and Rand Paul of Kentucky challenged the briefers, the president weighed in with a startling tweet on Monday: "The Fake News Media and their Democrat Partners are working hard to determine whether or not the future attack by terrorist Soleimani was "eminent" or not, & was my team in agreement. The answer to both is a strong YES, but it doesn't really matter because of his horrible past!"

That boast of killing the general "because of his horrible past" sent off bells and whistles in the Department of Justice. Trump's retribution argument does not legally justify killing a person who is not engaged in violence at the time of the killing, and, arguably, is a war crime.

Thereupon, Attorney General William Barr revealed that the DOJ had been consulted on the lawfulness of the killing and signed off on it if the general's attacks on Americans were imminent. Now that the imminence argument had been undermined by the administration's own folks -- including the president himself -- the attorney general argued that Soleimani needed to die as a deterrence to others pursuant to the old 2002 AUMF.

These shifting justifications are contrary to reason and cannot survive a simple cross-examination. When did we start killing generals from countries with which we are not at war? Never in our history.

When did we start killing foreign generals because of their "horrible past”? Never in our history.

How can the government use the 2002 AUMF, whose stated target was Iraqi weapons of mass destruction, but whose true target was Saddam Hussein, as a legal justification to kill a non-Iraqi general 18 years later? Except in the minds of extreme administration loyalists, it cannot legally or rationally do so.

Why is truth always the first casualty of government violence?