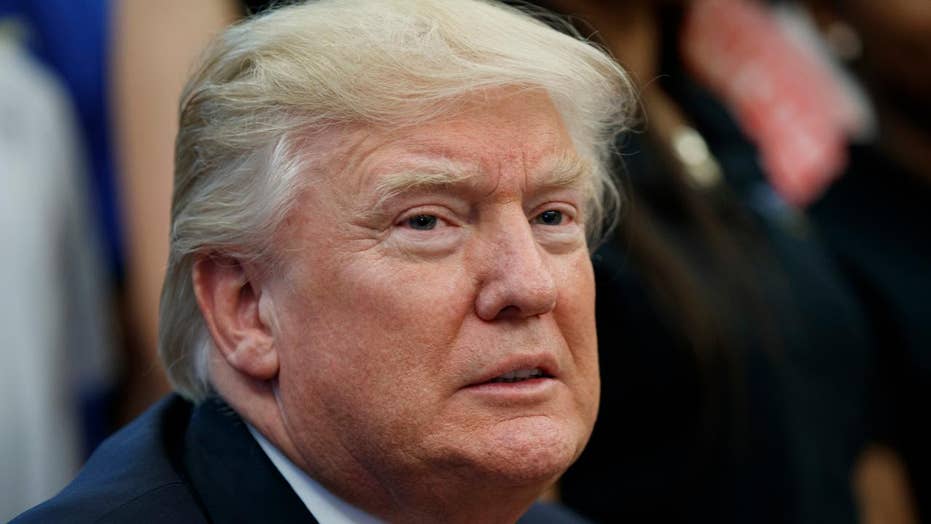 The Washington Post started a new anti-Trump firestorm late Monday when it reported that President Trump revealed highly classified information on terrorist threats from ISIS in Syria to Russian Foreign Minister Sergei Lavrov and Russian Ambassador to the U.S. Sergey Kislyak. The Post’s sources, current and former U.S. officials, portrayed this as a major scandal that put sensitive intelligence sources and methods at risk.

The Post claims it did not reveal all the details of the disclosures from its sources because U.S. officials said this would “jeopardize important intelligence capabilities.”

Yes, there’s a scandal here. It concerns former and current U.S. officials leaking classified information to the press to undermine a U.S. president.

Did President Trump slip and accidently tell the Russians something classified?  Other U.S. participants in the meeting denied this. National Security Adviser H.R. McMaster told the press Monday evening: “I was in the room. It didn’t happen.”

But keep in mind U.S. officials unfamiliar with intelligence sometimes make such mistakes.  For example, in 2014, the Obama White House accidently revealed the name of the CIA Station Chief in Afghanistan to the press.  The Obama White House also reportedly revealed sensitive intelligence to the media concerning the Stuxnet virus to sabotage Iran’s nuclear program and details of the Usama bin Laden raid.  Where was the outrage by the mainstream media and Congressional Democrats over these leaks?

Senator Dianne Feinstein accidently leaked classified sensitive information on drone strikes in 2009 during a Senate Intelligence Committee hearing.  Nothing happened to her.

And of course there is Senator Patrick Leahy who deliberately leaked classified information to hurt President Reagan in 1987.  As a result, he was thrown off the Senate Intelligence Committee and earned the nickname “Leaky Leahy.”

Furthermore, under U.S. law, the President of the United States is our nation’s ultimate classification authority.  He can declassify information as he sees fit to conduct his national security policy.

The real scandal here concerns the current and former U.S. officials who spoke to the Washington Post to generate this story.  We don’t know if these sources lied, misrepresented what went on in the Trump meeting with the Russians, or were second-guessing what Trump told them.

We do know that current U.S. officials -- possibly with the NSC and intelligence agencies -- originated this story and revealed highly classified intelligence to the Post as part of their leaks.  They were joined by former U.S government officials who I assume worked for the CIA and the Obama NSC.  These people committed felonies.  They must be identified and prosecuted.

The leaks also are another indication of the serious problem the Trump administration continues to face with leakers.  Major house cleanings at the NSC, CIA, ODNI and the State Department to address this serious security threat are long overdue.  It is urgent that the Trump administration bring in new blood to replace hundreds of Obama loyalists placed in key positions throughout the government by the last administration.

Just as serious is how partisan cowards entrusted with national security information are anonymously leaking U.S. intelligence to ruin an American president and our democratic system.  It’s about time the mainstream media and congressional Democrats start focusing on the dangers of such leaks to our security and system of government instead of just using them to advance their political agenda against President Trump.