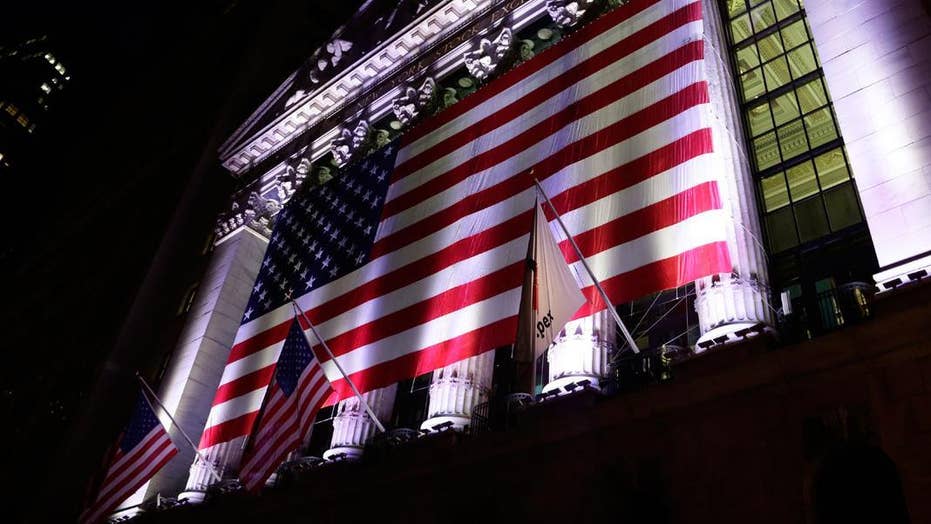 The US economy is incredible: Andy Puzder

Former CKE Restaurants CEO Andrew Puzder on the drop in consumer spending at restaurants and bars and the Democrats' resistance against President Trump and Congressional Republicans.

How can you tell whether the economy is truly surging under President Trump? Just listen as the Democrats try to take at least some credit for the current economic boom.

For example, President Obama pleads with us to “remember who started” this economic boom. Former Obama administration economist Austin Goolsby attempts to credit both presidents, claiming that Obama handed Trump “some of the best economic conditions for a new president in a half century.”

Let’s be clear: The economy is booming because President Trump reversed President Obama’s economic policies – not because Trump furthered the Obama policies.

President Obama raised taxes on businesses and individuals. He expanded the federal government’s size and power through dramatic increases in the number and scope of federal regulations. He discouraged domestic energy production – for example, refusing to authorize the Keystone XL pipeline and openly attempting to bankrupt the coal industry.

The economy is now booming because President Trump took the opposite course. President Trump has dramatically cut both taxes and regulations – shrinking the government’s size and power – while aggressively encouraging domestic energy production.

It was Hillary Clinton – not Donald Trump – who committed to continue the Obama’s economic policies. Had Clinton become president, we would be experiencing the same anemic economic growth we experienced under the Obama administration.

President Obama’s post-recession gross domestic product (GDP) growth averaged an anemic 2.1 percent. In his last year in the White House, GDP grew at a pathetic 1.5 percent – hardly creating what Goolsby described as “some of the best economic conditions for a new president in a half century.”

The differences between the Obama and Trump economic policies couldn’t be clearer. It’s like a baseball team firing a manager with a poor winning percentage whose strategy was based on speed and hiring a manager who replaces all of the team’s players, switches to a power strategy and wins the World Series.

No one would credit the fired manager with the World Series win – at least not rationally.

Is the current economic surge like winning the World Series? Let’s look.

The economy is booming because President Trump reversed President Obama’s economic policies – not because Trump furthered the Obama policies.

The unemployment rate in September stood at 3.7 percent, the lowest rate since 1969. Not coincidentally, for the week ending Oct. 15, initial claims for unemployment benefits were the lowest since 1973, when the U.S. population was 110 million people smaller. This is because the Trump economy’s job creation numbers are regularly beating expectations – averaging over 208,000 jobs per month so far this year.

Will hiring continue to increase, causing the number of workers forced onto the unemployment rolls to continue its decline? Yes, it will.

There are currently more job openings than people unemployed. Last March was the first time that had happened since the Bureau of Labor Statistics (BLS) began compiling the data. It has happened every month since.

In August, there were 7.1 million job openings – the highest number ever recorded – with only 6.2 million people unemployed. In other words, there were 900,000 more job openings than people who had looked for a job in the past 30 days. Again, a remarkable record.

Who is benefitting? Is it, as Democrats claim, only the rich who benefit from tax cuts and economic growth? No. People are benefitting across demographics regardless of race, sex or level of education. Unemployment rates are at or near record lows for African- Americans, Hispanics, Asians, women and people without high school diplomas.

The BLS announced Wednesday that the wages and salaries of American workers in the third quarter of this year were 3.1 percent higher than during the same period one year ago – the biggest increase in 10 years.

During the Obama era, wage increases never reached 3 percent in a 12-month period. One of the problems was too many people working part-time in the Obama years.

Consequently, workers are making more money and taking home a larger percentage of what they earn. It should come as no surprise that the Conference Board recently reported that its consumer confidence index had climbed from 135.3 in September to 137.9 in October. Both readings are the highest in 18 years.

That confidence is, in turn, driving consumer spending. This spending has increased every month since April, following the Internal Revenue Service lowering withholding rates – thanks to the Republican tax cuts.

With consumer spending driving over two-thirds of GDP growth, we are finally seeing the kind of growth in the GDP that we should have seen under President Obama and coming out of the recession.

It’s early, but the Atlanta Federal Reserve is projecting over 2.6 percent growth for fourth quarter. If true (and I believe that estimate is low), GDP growth would be 3.1 percent for 2018, making it the first year since 2005 with 3 percent or better GDP growth.

If the projection is correct, Obama would be the only post-World War II president without a single calendar year of at least 3 percent GDP growth. In fact, the economy is so strong that the Federal Reserve Bank has had enough confidence to raise interest rates seven times since the election and will raise them an eighth time in December.

Higher interest rates create demand for interest-bearing instruments – like bonds – and decrease the demand for stocks, driving prices down. Nonetheless, and despite the recent ups and downs in the Dow Jones Industrial Average, it remains up over 35 percent.

That is a huge testament to the economy’s strength. During the entire Obama era – prior to the 2016 election – the Fed only had enough confidence in the economy to raise interest rates once (in December 2015) and then only by one quarter of 1 percent.

It may well have seemed that the economic momentum coming out of a deep recession would be so powerful that it would compel dynamic economic growth despite President Obama’s anti-business policies. Of course, it didn’t, and that momentum never materialized – at least until President Trump implemented pro-business and pro-growth economic policies.

A February 2017 Business Insider article discussing 3 percent GDP growth quoted former Obama administration economist Lee Branstetter as stating that “it's essentially mathematically impossible to get the growth they're talking about.”

In May, fellow Obama economist Larry Summers, compared believing in the Trump administration’s forecast of 3 percent GDP growth to believing “in tooth fairies.”

Well, when it comes to whether Trump’s economic policies will finally generate the level of economic growth we should have been seeing since the recession ended, I’m a believer.