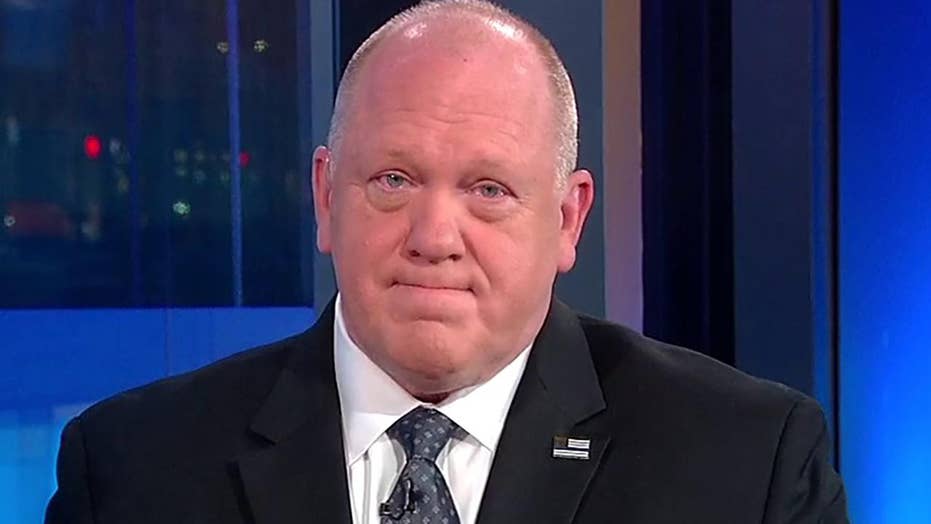 Homan: US cracking down on birth tourism is 'long overdue'

The American public has been demanding secure borders and an orderly immigration system for as long as I can remember.  We want the spirit and intent of our laws followed.  We do not want the loopholes in our laws exploited.

Criminal organizations thrive in the seedy underworld of exploitation. They specialize in abusing our laws and cheating our system. They are driven by their greed for money. There have been instances where families have been charged upwards of $100,000 for “arrangements” to give birth to a child here. United States citizenship is a cherished institution that does not deserve to be cheated or exploited.

Showing up at a consular office and demanding to be allowed travel to the United States to give birth to a U.S. citizen won’t work, so people who want to do so resort to lying, cheating the system, and even hiring human smugglers to help them skirt our laws.

President Trump has simply told United States officers stationed overseas to do their jobs and enforce the laws. That’s what they are paid for. It’s what they take an oath to do.

Open border advocates, the liberal media, and even politicians complain almost any time an immigration law is enforced. Without offering solutions to close loopholes in our immigration laws, they cry foul when someone has the audacity to believe laws matter. They try to evoke emotional responses by dredging up peripheral issues that usually aren’t even pertinent or in context. They question whether U.S. consular officers have the right to ask a woman if she is pregnant. Being pregnant is a medical condition. Consular officers have every right to ask about medical conditions from both males and females. For instance, they have a duty to try to determine if someone who wants to come to the United States is sick. They ask about financial status. They ask about criminal intent. And they have the right to ask about a pregnancy when it’s suspected someone is using our visa program to cheat our system. No foreign citizen has an unrestricted right to come here.

I have personally arrested or witnessed women crossing our southern border illegally for the sole purpose of giving birth to a United States citizen so many times that it would be easy to lose count. It happens all the time and it’s been happening for decades.

Enforcement detractors want proof that any immigration law violation is some type of immediate and deadly “national security” issue as if that’s a prerequisite for the enforcement of any law. They demand proof that there is widespread abuse of an immigration law, as if that determines whether the law can or should be enforced.

Open border and open immigration activists want to apply so many litmus tests to the enforcement of our immigration laws that if they had their way we would simply have open borders. Anyone would have the right to come here for just about any purpose. Unfortunately, as we have learned through the years, not everyone who wants to come here has honorable intentions. Someone has to protect the rule of law. Without it, we don’t have a country.

This is the most giving and fair nation on earth and it is my experience that President Trump fits that mold. We allow millions of legal immigrants to come here. Many of us who love this country and want to preserve its greatness know that we must have an orderly and legal immigration process. That includes making enforcement decisions about whether a woman from a foreign country is trying to come here solely to give birth to a United States citizen. It’s common sense…unless you cave into the emotional hysteria of the anti-legal immigration activists.