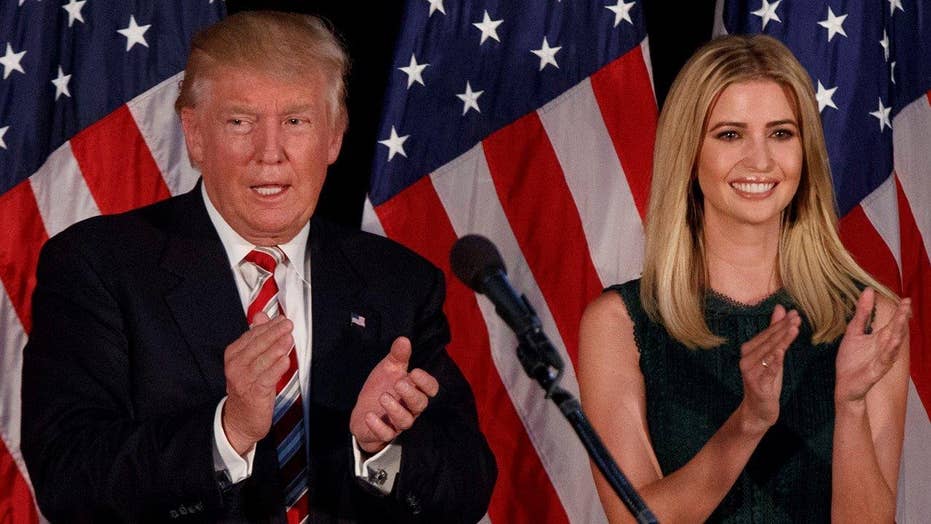 Donald Trumps’ new child care plan has some great ideas, but it isn’t designed to solve our national child care problems: It is designed to help people like his daughter Ivanka.

The best thing Trump is proposing is six weeks of paid leave for moms. But it's paid leave only for moms -- and not for dads -- has the potential to disadvantage women in the workplace.

Trump's plan plays into the archaic idea that moms are the more important parent — and the one less tied to the workplace.Increasingly, this just isn’t true: 38 percent of women are earning more than their husbands, including 9 percent of families in which the male partner isn’t earning anything (Source: BLS, 2013).  In 2012, 12 percent of all stay at home parents were fathers (Source: Pew Research, 2014).

Also, the proposal does not address homosexual couples. Shouldn’t families with two fathers enjoy the same benefits?  What about the unfortunate instances when the mother dies in child birth?

Trump's proposal simply doesn’t take into account the changing nature of U.S. families. It does feed on the conservative ideology that families include one dad and one mom (who is always the primary parent). This vision doesn’t represent the majority of U.S. families.

Despite this challenge, Trump's proposal to use unemployment insurance to pay for such leaves does take the financial burden off of the employer.  However, his proposal to fund leave by finding unemployment fraud is no more realistic than the idea that Mexico will to pay to build a wall between the U.S. and Mexico.

Payroll taxes have been successfully used to fund paid leave in California, Rhode Island and New Jersey and will begin in New York in January 2018.

We need a true mechanism for funding paid leave.

Additionally, the devil is in the details—how much pay will women actually receive?  If it is based on state unemployment regulations, the percentage of income that some women will receive will be quite low. Still, some pay is better than no pay which is what many women currently receive when they give birth. But if that pay is only 40 percent of actual wages, many low-income women still will not be able to afford to take this leave.

Trump has also proposed tax deductions and EITC-like tax credit up to $1,200 a year for child and adult dependent care.  These funds will be capped at $2,000, a relatively minimal amount for either child or adult dependent care and people will be able to roll them over.

If Trump truly wants to support all families, he should make these tax credits for all, rather than simply using tax deductions for those not eligible for EITC credits. This creates broader access for those who do not file complicated, long tax forms.  After all, the cost of care takes up a greater percentage of the income of poorer families, making them less able to pay for quality care Source: Child Care Aware, 2015).

Lastly, Trump has proposed a new or altered tax-free spending account for child care for families earning up to $500,000 who file together, in which the federal government would match the first $500 for low income families.

Data from the Federal Reserve (2015) suggests that this simply isn’t true. It also assumes that parents will be able to afford licensed care facilities with tax numbers, rather than asking their neighbors or friends to provide care.  Despite the proposed match, this, too, may be more likely to benefit higher income families.

As Corey Shdaimah and I noted in our 2014 book, “In Our Hands: The Struggle for US Child Care Policy,” we don’t need to add to the patchwork of existing policies, we need a revolution and a total overhaul of the way we think about and address child care.

Raising and educating children in the United States needs to be viewed as a public issue rather than a private concern.

In order to effectively change the way we address child care in the United States, we need to be concerned with how all children are cared for not, just our own.

Though better than nothing, Trump’s proposals aren’t designed to change the status quo or help lower income families and will do nothing to address the issue that we currently have regarding limited access to quality care.

Elizabeth Palley is a professor in the School of Social Work at Adelphi University in Garden City, N.Y.