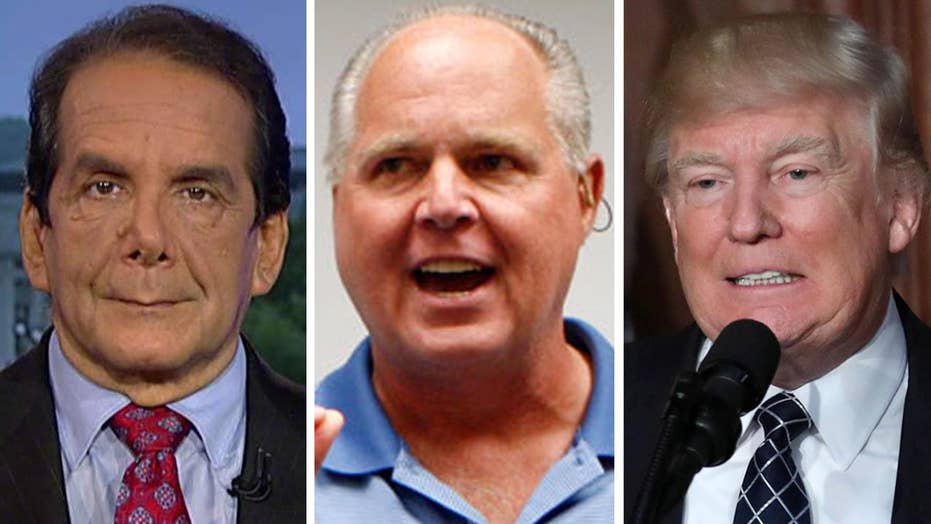 Most presidents’ budgets are “dead on arrival” in Congress.  It happened to Obama and Bush, and there are those who hope it happens to President Donald Trump.

That would be a huge mistake.

President Trump is submitting a budget that balances in ten years, making many of the tough choices to get the nation’s finances back on track without touching Social Security or making changes to Medicare beyond rooting out fraud.

Every GOP Member of Congress ran on limiting the size and scope of government, and bemoaning the ever-increasing national debt and the impact it will have on our children’s economic future must be part of Republican candidate training schools.

The truth is that in spite of all the political rhetoric, the Obama presidency, with the agreement of Congress, has left our nation $20 trillion in debt with $500 billion-plus annual deficits for as far as the eye can see.  Interest due on the $20 trillion amounts to almost $500 billion annually in interest payments alone, and if left unchecked, those payments are projected to top $1 trillion within the next ten years.

Our nation must get our fiscal house in order now, or else we may never have another opportunity, and President Trump has provided a pathway to bring our nation back from the brink of insolvency. The GOP Congress should work closely with him to bring their joint visions of our nation’s economic priorities into law.

The truth is that in spite of all the political rhetoric, the Obama presidency, with the agreement of Congress, has left our nation $20 trillion in debt with $500 billion-plus annual deficits for as far as the eye can see.

The hard fact is that the past decade’s $10 trillion in deficit spending has produced the worst economic growth as measured by Gross Domestic Product in our nation’s history.  You read that right, in the past decade our nation’s economy grew slower than even during the Great Depression. This stagnant, new normal, low-growth economy is leaving millions of working age people behind who have given up even trying to participate, and has led to a malaise where many doubt that the American dream is attainable.

President Trump’s vision restores economic growth to a three percent rate on average — a rate that has not been reached since 2005 – through a combination of regulatory and tax reform, revamped trade policies, and a downsized effective federal government focusing on job growth priorities.

The White House Office of Management and Budget (OMB) Director Mick Mulvaney described this shift in government spending focus in an on-the-record conference call Monday as, “looking through the lens of the taxpayer.”

On education spending, Trump focuses on school choice funding to empower parents to make choices for their kids rather than leaving children trapped in bad schools just because they live in the wrong part of town.  And to help re-engage people who have dropped out of the workforce or who are trapped in low-wage jobs, the President expands funding for apprenticeship programs that have proven successful in increasing opportunities for those who want to work.

Border security, including funding the wall on the southern border, and national defense spending are also increased so that our nation can be secure allowing the economy to grow. And the President demonstrates his commitment to veterans by upping dollars to the Department of Veterans Affairs coupled with a renewed commitment to wring out corruption and incompetency from the system.  Mulvaney specifically focused on the “taxpayer lens” test when mentioning the President’s commitment to ensure that disabled veterans get the assistance they need.

The Trump budget takes the bold step of ending funding for any program not currently authorized by Congress. By recognizing the basic Constitutional principle that Congress sets the programmatic priorities and it is not only irresponsible, but illegal to continue to fund programs that are not authorized to exist.

It is imperative that the GOP Congress work with the President using this budget as a guidepost, and together create a coherent spending plan which meets their joint priorities. After that agreement is reached, they should join shields and bring Senate Democrats into the negotiations, making necessary compromises to get Democratic votes without sacrificing GOP spending priorities.

Unlike the recently completed government funding debacle where Senate Minority Leader Schumer successfully institutionalized another six months of funding for Obama’s agenda, President Trump and Congressional Republican leaders must call Schumer’s bluff that he will shut the government down.  But they can only do this if they are in alignment before those negotiations begin.

The President and OMB Director Mulvaney have crafted a remarkable starting point for this process, and the GOP Congress needs to embrace it and work with them to create a spending plan that restores America’s economic growth and sets the stage for the renewal of hope for millions of Americans who believe that opportunity has been outsourced overseas.

President Trump has lit the path to restore the American dream and get our economy moving again. Now it is up to Congress to join him on that path, turning away from our current direction and the fiscal abyss that looms ahead.