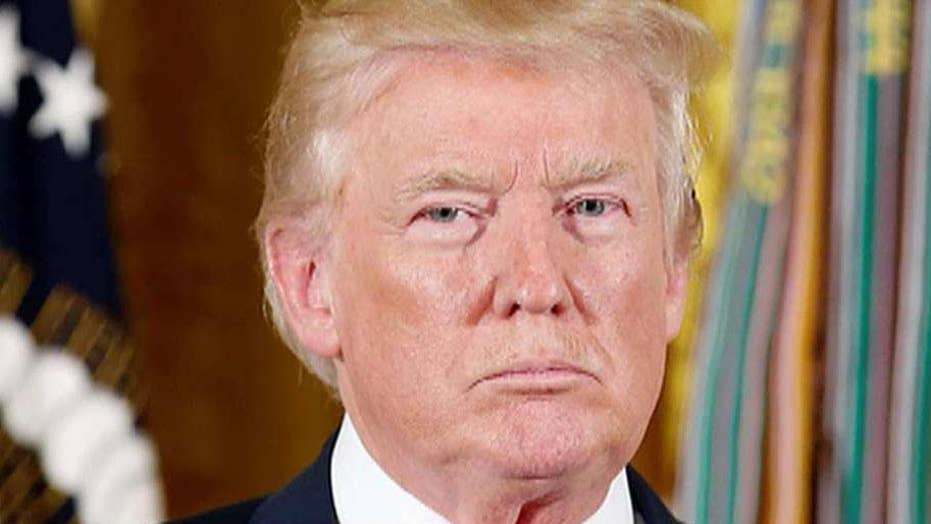 Sen. John Kennedy on whether President Trump has the legal right to declare a national emergency over the border

President Trump won a strategic victory Friday when he signed legislation to avoid another government shutdown and provide a down payment on border security funding – and then declared a national emergency to get billions of dollars more needed to protect our southern border.

After insisting for well over a month that the president would never get any funding for a border wall, congressional Democrats meekly backed down in the face of President Trump’s unwavering commitment to border security, giving the White House nearly $1.4 billion for 55 miles of new fencing along the border.

“The fact is a wall is an immorality,” House Speaker Nancy Pelosi, D-Calif., said during the partial government shutdown, joking that she would only give the president $1 out of the $5.7 billion he requested. The president’s request was based on advice from law enforcement experts.

HANS A. VON SPAKOVSKY: TRUMP FORCED TO DECLARE EMERGENCY BECAUSE OF CONGRESSIONAL APATHY, NEGLIGENCE AND INCOMPETENCE

“There’s not going to be any wall money in the legislation,” Pelosi later reiterated.

While the government funding bill passed by Congress and signed by the president Friday isn’t a perfect solution to the ongoing border crisis, it’s certainly an important start.

By getting the Democrats to abandon their obstructionist position, President Trump shifted the momentum of the debate in his favor, setting the stage for him to take executive action to finish the job.

Some conservatives argue that the president should have rejected the government funding bill passed by Congress because it did not include the full $5.7 billion needed for a border wall. But this criticism misses the bigger picture.

Now that Congress has agreed to border barriers in principle, President Trump has a much stronger hand to play when it comes time to secure the remaining funds.

Make no mistake: President Trump isn’t finished fighting for real border security, and he won’t be until our communities are finally protected from the drugs and crime flowing across our southern border.

Even if Congress refuses to provide another dime in wall funding, the nearly $1.4 billion down payment it agreed to represents a big chunk of the president’s request. And the executive actions the president announced add more than $8.1 billion in funding for a border wall and other border security measures.

Trump is the first president in a generation who is willing to take political risks to secure our border. His declaration of a national emergency proves that he won’t settle for anything less than a fully funded wall on the U.S.-Mexico border.

As for the government funding bill, it’s over a billion times better than the best offer Speaker Pelosi ever put on the table. That alone is enough to make it a victory worth savoring.