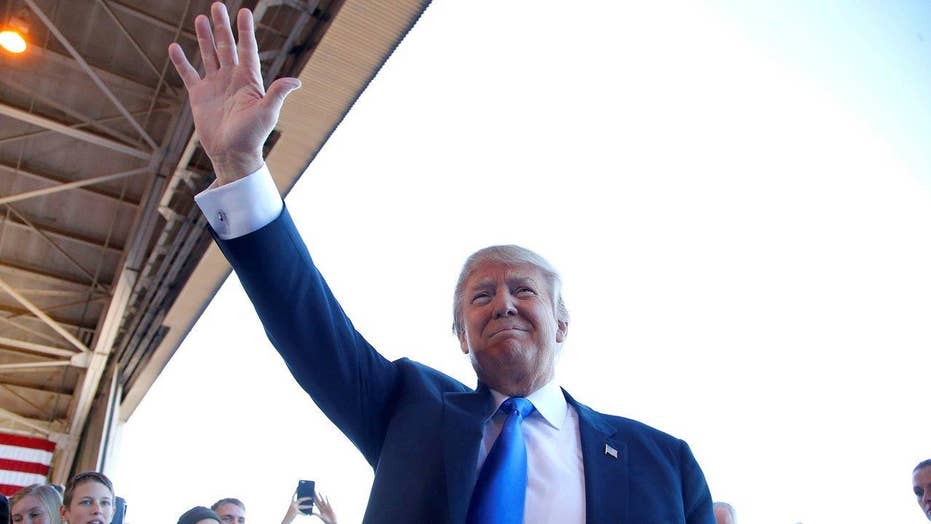 Inside the race for the White House

It's plain to see that the “outsider” candidates have been controlling the board and capitalizing on the crisis of America's failing leadership at home and abroad – and that they are using that crisis, along with massive voter anger, to seize an opportunity to move the political needle their way.

The best long-term indicator of political anger with Washington is the traditional measure by Gallup of congressional approval or disapproval. The disapproval rating for the U.S. Congress was 54 percent in March 2009, just after Barack Obama began his presidency. It has now escalated to a whopping 83 percent.

Those of us who specialize in analyzing voters saw it coming, but so, too, did average Americans – many of whom have been forcefully displaced from the workforce or have watched the steady erosion of America's leadership in Washington.

Their anger is palpable, and we've seen several candidates use it to fuel their campaigns and their fundraising. Without going too far into the realm of psychology, anger has a way of clouding our judgment and, in the case of candidates, color our choices.

I've seen this happen (positively for the Republicans) in the 1980 Reagan/Carter campaign, when voters became angry at being subjected to the whims of an ayatollah in Iran.

It manifested itself again (positively for the Democrats) in the 2008 McCain/Obama and 2012 Romney/Obama elections, over the Iraqi war. The conclusion could therefore be drawn that anger works to elect candidates.

This election absolutely will be different from many others, as we are seeing that anger, now alloyed with domestic terrorism, as the only common denominator this year – on both sides of the political spectrum. Both Republicans and Democrats are teed off at the “establishment” candidates of their parties and fearful for their own personal safety.  There are three overall principal reasons for this “perfect storm”:

1. The economy and ObamaCare changes in health care are not working for them.

2. They view government as becoming an uncontrollable behemoth.

3. They see “their” America disappearing, thanks to current national security fears emanating from the terrorist attacks in Paris and California.

The most recent NBC/WSJ poll confirmed this angst, reporting that 40 percent of Americans believe national security and terrorism should be the top priority of the federal government, nearly double the 23 percent who say the top issue should be economic concerns.

According to the New York Times, President Obama has for the first time admitted that he was “ slow to respond “ to the recent terrorist attacks but his low-energy rhetoric has only served to keep Americans even more concerned about public safety.

Furthermore, it is becoming more evident that a majority of Republicans will stand with Donald Trump or Sen. Ted Cruz and take their anger out on Hillary Clinton next year if given the chance. National security issues have almost always inured to the national Republican advantage when they are top-level in the voters’ minds.

The real question is: Can anger at Washington alone keep Republicans going for another year? Probably not, but if combined with the fear of random terrorist violence, a historic shift in political decision-making is going to take place.

The new key to understanding the 2016 presidential race is that international terrorism aimed at “big cities, big targets, and in foreign lands” has, at least in American minds, now become potentially local terrorist attacks aimed at their neighborhoods and immediate families.  This is why the Wei Ji moment will have to shift from crisis mode to opportunity mode to become the next pivotal moment.

Planning for that eventuality will require a campaign strategy that slowly converts latent anger at Washington and the new fear of neighborhood safety into bona fide, realistic and saleable solutions that have “something for everybody” in order to go the Republicans' way.

Anger at Washington opened up the presidential campaign in 2015, but real solutions for safety from random terrorist killings in the neighborhoods of America must be “the closer” of 2016.

Lance Tarrance is co-author with S. J. Helgesen of "Breaking Republican" (StephanHelgesen, June 7, 2015) and "How Republicans Can Win in a Changing America" (published 2013). He is also the founder of The Tarrance Group, and has been professionally involved in six U.S. presidential campaigns. He now heads up Tarrance Consulting (TARRANCECONSULTING.COM) in Santa Fe, New Mexico. Tarrance is a former member of the Board of Directors of The Gallup Organization. He was inducted into The American Association of Political Consultants Hall of Fame in 2013 along with David Axelrod and David Pflouffe.